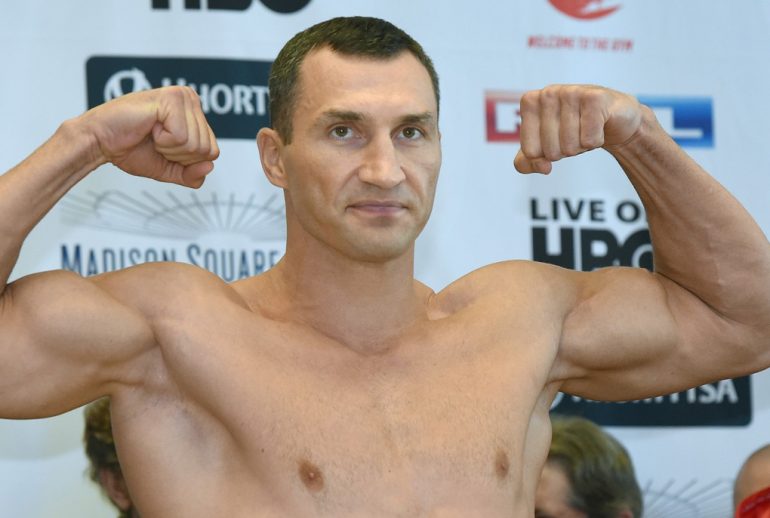 Background: When all is said and done, fellow Ukrainians like Vasiliy Lomachenko and Aleksandr Usyk might be considered the best fighters produced in the former Soviet country. One could even argue that Vitali Klitschko was the better of the two boxing brothers. However, as it stands now, no Ukrainian can even approach the accomplishments of the giant Dr. Steelhammer. The younger Klitschko brother held the WBO heavyweight title for 2½ years in the early 2000s, lost it and then reigned for nine-plus years as the untouchable king of heavyweights. His combined reign of 12 years is the longest in boxing history. Overall he made 23 successful title defenses, second only to the great Joe Louis’ 25. The 1996 Olympic super heavyweight champion hit some bumps in the road on his way to greatness. He was 24-0 and nearing a title shot when he was stopped in 11 rounds by fringe contender Ross Purrity in Kiev, the capital of Ukraine, raising questions about his toughness and fitness. Klitchko didn’t let the setback stop him. Two years later, in 2000, he put Chris Byrd down twice and nearly shut him out to win his first title. He successfully defended five times and then ran into big, strong South African Corrie Sanders, who put the champion down four times and stopped in the second round to win the title. Klitschko then won twice before running into more trouble, this time against fringe contender Lamon Brewster, who got up from a knockdown to stop Klitschko in five rounds in a fight for the vacant WBO title. No one could’ve imagined at that point that such a vulnerable fighter would evolve into a dominating heavyweight yet he did. Klitschko, working with legendary trainer Emanuel Steward, solved whatever problems he was having and was all but unbeatable until the last few years of his career. No one could cope with his long, strong jab, punishing right-hand power shots and underappreciated footwork, which allowed him to win 22 consecutive fights after the Brewster loss. Finally, as he approached his 40th birthday, he was outboxed by Tyson Fury to lose his titles and failed in a brave attempt to become champion against heir apparent Anthony Joshua. However, by then, Klitschko had already established his credentials as the most successful heavyweight of his time.

Quote: “He’s the most accurate, single-punch knockout guy I have ever seen,” Emanuel Steward said. “A guy can be completely fine, not hurt, and Wladimir can put his lights out with one shot.”

Next up: United Kingdom