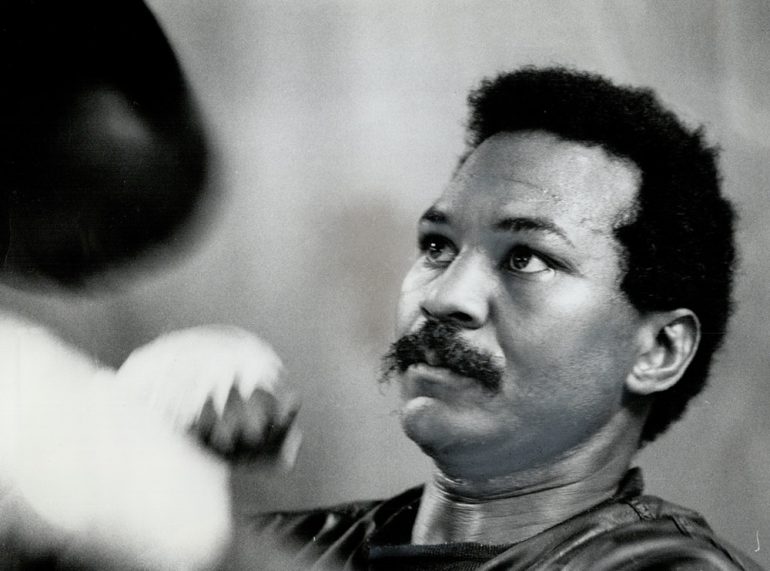 Napoles’ style was as smooth as his nickname, but he could also punch, scoring more than 50 KOs in his 81 victories.
06
Oct
by Michael Rosenthal

Background: Napoles fled Cuba for Mexico shortly after new dictator Fidel Castro banned professional boxing. Thank goodness for the sport. Napoles, as smooth as “Mantequilla (Butter)” and powerful to boot, built one of the greatest welterweight resumes in history out of Mexico City. Napoles was actually an accomplished professional between featherweight and junior welterweight but never received a title shot in those divisions. His break came in 1969, when he dominated fellow Hall of Famer Curtis Cokes en route to a 13th-round knockout that gave the Cuban the world 147-pound title. And he stopped Cokes again two months later in his first defense. He would go to hold portions of the championship from the first Cokes fight to 1975, when he lost his title to John Stracey (again on cuts) and never fought again. The only blip during his reign – which included 13 successful defenses – was a loss to Billy Backus on cuts that he avenged two fights later. Napoles greatest failure was his ill-fated attempt to wrest the middleweight title from all-time great Carlos Monzon in 1974 but he should be applauded for thinking big. When he was finished, he had gone 15-2 in world title fights and was 4-1 against fellow Hall of Famers. Greatness.

Quote: “What a magnificent fighter he was and what a great champion. Look how long he reigned as a champion. This is such a sad day,” Stracey said upon Napoles’ death this past August.