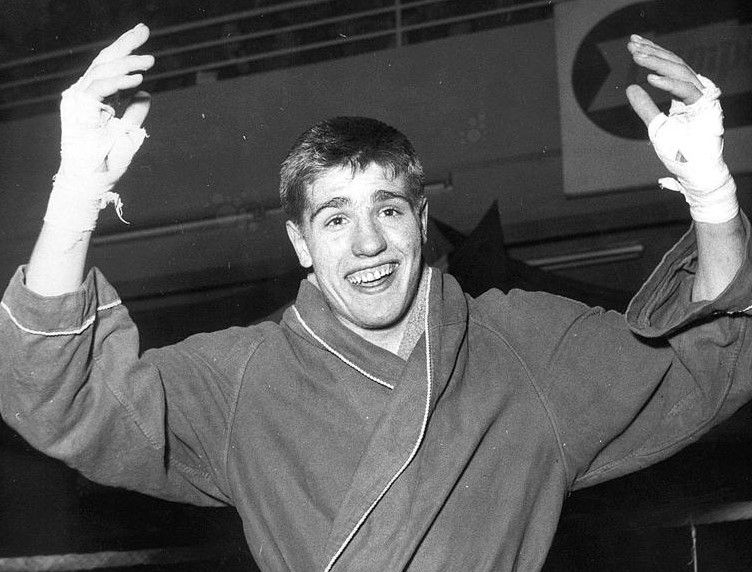 Background: Benvenuti had the looks and charisma of a movie star – and, indeed, he later appeared in films – but make no mistake: The man could fight. He was one of the best amateur boxers of his time, reportedly going 120-0 (or 119-1, depending on the source) and winning both the welterweight gold medal and Val Barker Trophy as the best boxer in the 1960 Rome Olympics. And he was just getting started. Skillful and athletic, he won the first 65 fights in his pro career before finally losing a controversial split decision – and his world junior middleweight titles – to Ki-Soo Kim in South Korea, Kim’s home country. Benevenuti was undeterred. He won his next six fights to set up the biggest opportunity of his career: a shot at fellow Hall of Famer Emile Griffith’s middleweight championship at Madison Square Garden in New York City – his first fight in the U.S. – and first installment in a classic three-fight series. The fighters exchanged early knockdowns but Benvenuti, at his best, took advantage of his size and reach advantages to win a clear unanimous decision to become champion of the world and a hero in Italy in the 1967 Ring Fight of the Year. Griffith took back the title by a majority decision five months later in Queens before losing it again to Benvenuti by a close, but unanimous decision six months after that at the Garden. The Italian held the title until he met one of the greatest middleweights ever, Carlos Monzon, in November 1970. Benvenuti gave a brave effort but was stopped in the 12th round in the 1970 Ring Fight of the Year. Monzon repeated his effort two fights later, this time in the third round, and Benvenuti never fought again. He remains an idol in his country to this day.

Quote: “My goal is to become immortal, to become extraordinary, fabulous,” Benvenuti said around the end of the 1960s. He succeeded.