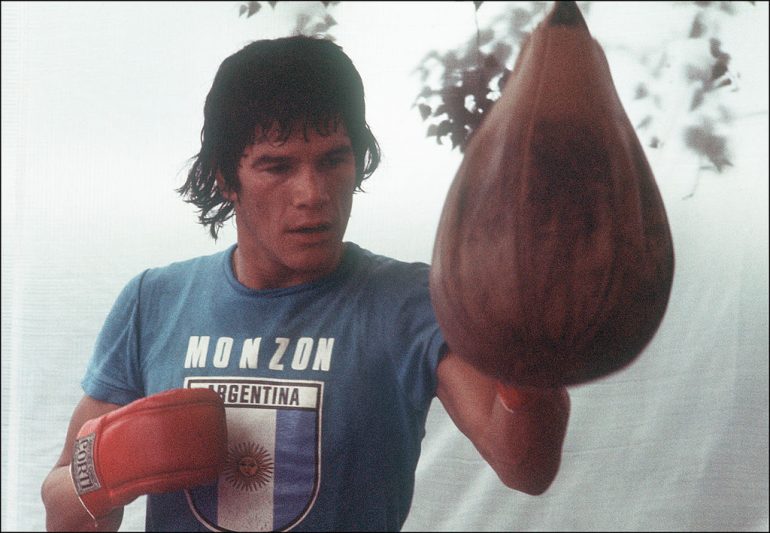 The countries will be rolled out in alphabetical order one day at a time at The Ring. First up: Argentina.

Background: Monzon’s life outside the ring was as turbulent – and ultimately tragic — as it was magnificent between the ropes. The dynamic “Escopeta (Shutgun)” was one of those rare fighters in whom it was difficult to find a flaw. He was long (76-inch reach), quick, powerful (59 knockouts) and unusually clever. The results speak for themselves: Monzon failed to have his hand raised three times in the first 20 months of his career and never lost again, avenging all three setbacks along the way. He “upset” Nino Benvenuti in 1970 in Rome to win the middleweight championship and reigned for seven years, which included a string of 14 successful defenses that ended when he retired in 1977. He was inducted into the International Boxing Hall of Fame in 1990, confirming his place as one of the greatest fighters of any weight. His life outside the ring didn’t go as well. He became an idol in his native Argentina because of his good looks and glamorous lifestyle but he ultimately succumbed to his dark side. Always combustible, he was convicted in 1989 of strangled his wife to death and was sentenced to 11 years in prison. In 1995, while returning from a furlough to visit family members, he was killed when his car rolled over.

Quote: “Monzon destroyed you little by little,” Angelo Dundee told The Independent. “I studied him before the fight and was confident my guy (Napoles) was slick enough. I was wrong. Monzon did a job.”