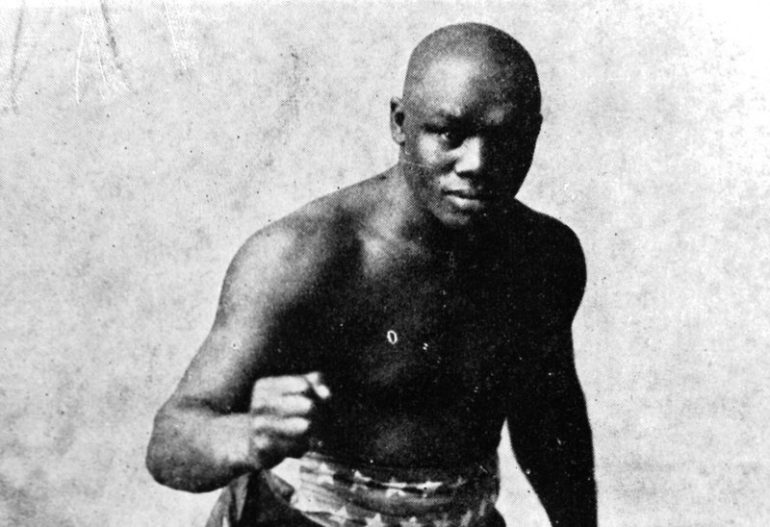 Background: Langford was among a number of great black heavyweights who were denied an opportunity to fight for a world title because of their race, but students of boxing history smile when they hear the name Sam Langford. They know how good he was. Langford, only 5-foot-7, fought from lightweight to heavyweight, often beating much bigger men because of his boxing acumen, resilience and great punching power. In 1906, he gave away 29 pounds to future heavyweight champ Jack Johnson yet gave a good account of himself in defeat. Langford fought fellow black fighters numerous times because he had difficulty getting fights and generally got the better of the action, the one exception being the hulking Harry Wills. One fighter who never wanted to tangle with Langford a second time? Jack Johnson. Langford desperately wanted to fight Johnson when the latter was heavyweight champion but it never happened. Langford fought the last few years of his career with vision problems, reportedly keeping his opponents close at all times and using the ropes to guide him back to his corner between rounds. Ultimately, he would lose his sight completely and end up destitute. However, sports writers started a fund that allowed him to live comfortably until his death. That’s how much they thought of him.

Quote: “Sam Langford was the toughest little son of a bitch that ever lived,” Jack Johnson said.