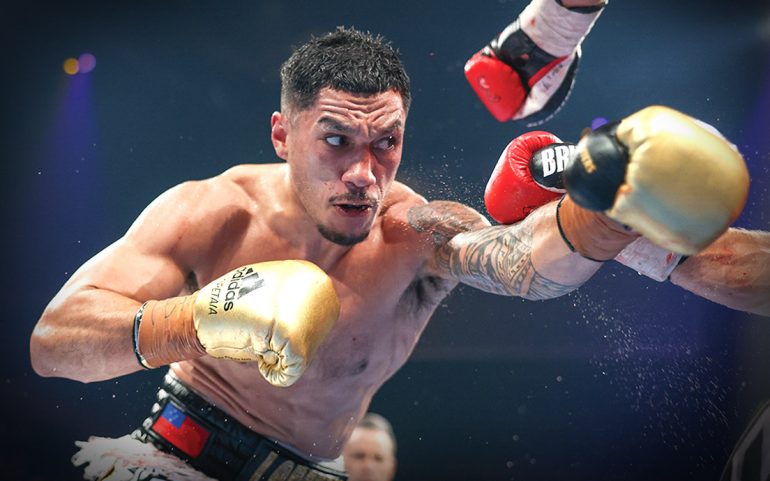 It was supposed to be a routine title defense by Ring magazine champion Mairis Briedis when he traveled to Australia in July to take on local hero and mandatory challenger Jai Opetaia.

Briedis, the 37-year-old veteran, had mixed with a much higher level of competition and sported a 28-1 (20 KOs) record coming in. Not only that, he was accustomed to fighting on the road, with more than a quarter of his professional bouts taking place outside of his homeland of Latvia.

While Briedis globetrotted the world, Opetaia toiled in relative obscurity in his native country. The 27-year-old southpaw wiped out every decent cruiserweight in Australia, building his record to 21-0 (17) while barely losing a round.

The fight itself was repeatedly pushed back after Briedis contracted COVID-19 and an injury followed by surgery further delayed the bout. But when the hard-hitting duo finally met up in center ring at the Gold Coast Convention Center in Broadbeach, Queensland, it proved to be well worth the wait.

When the first bell rang, Opetaia showed no signs of apprehension on the big stage, pressing the action and disguising his left cross behind a clever and versatile jab. Briedis returned to his corner at the end of the round with a cut over his right eye.

The champion continued to look for big right hands to the head in the second frame but struggled with Opetaia’s movement and agility, while the challenger repeatedly landed with the sharper, cleaner punches to the body and head. 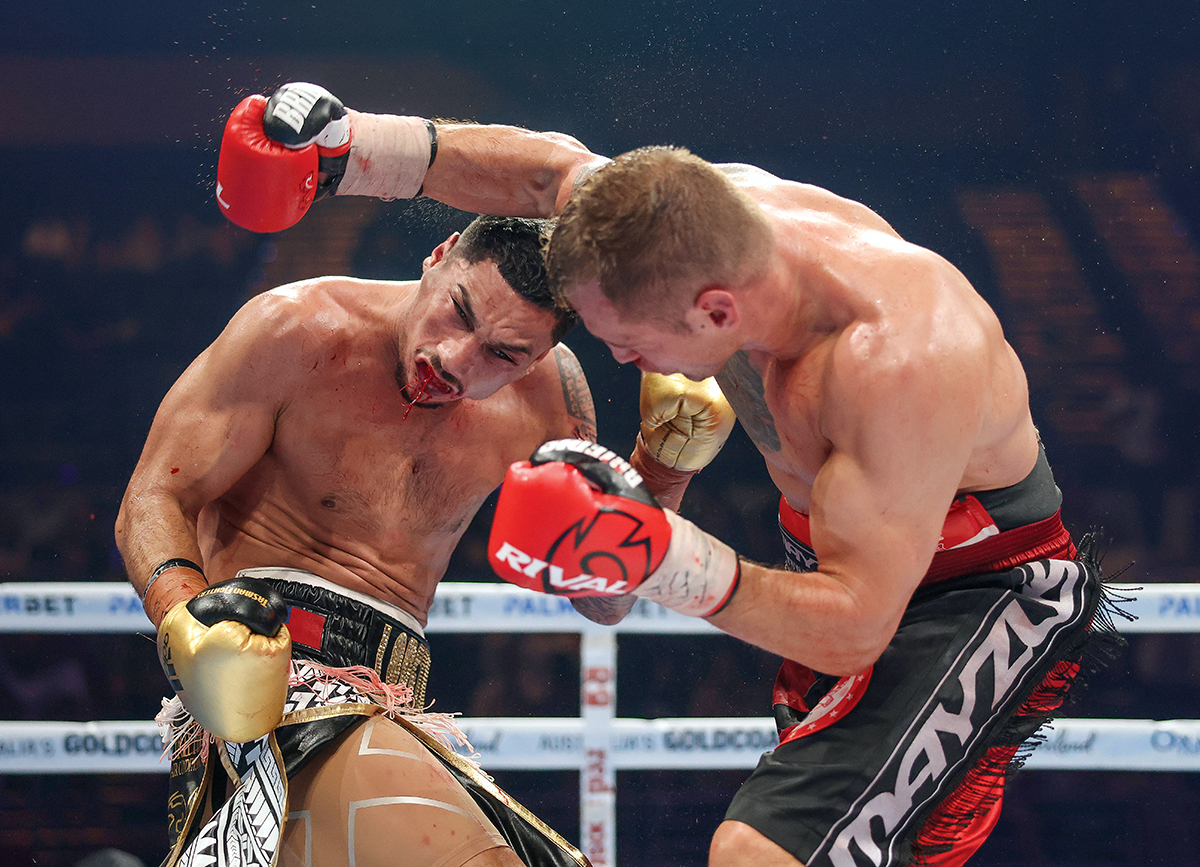 “Earn his respect; make him respect you,” Opetaia’s trainer Mark Wilson said between rounds. “Keep your hands up after [attacking], and if there’s nothing coming back, go again. Your feet are too good. You’re too good for him.”

The third round was a closer affair, but Opetaia generally closed out the exchanges. In the fourth frame, Opetaia found a home for his left cross on Briedis’ nose, repeatedly nailing him with the shot while mixing in right hooks too. A big right uppercut from Opetaia late in the round forced the champion to hang on. Briedis returned to his corner with claret leaking from his nose.

With a cut above his right eye, swelling starting to appear on his face and the blood streaming from his beak, Briedis was fast realizing he didn’t have a ready answer to the Opetaia riddle. The Australian continued to dominate the champion in the fifth.

Wilson encouraged his charge between rounds: “You’re breaking him down systematically here.” 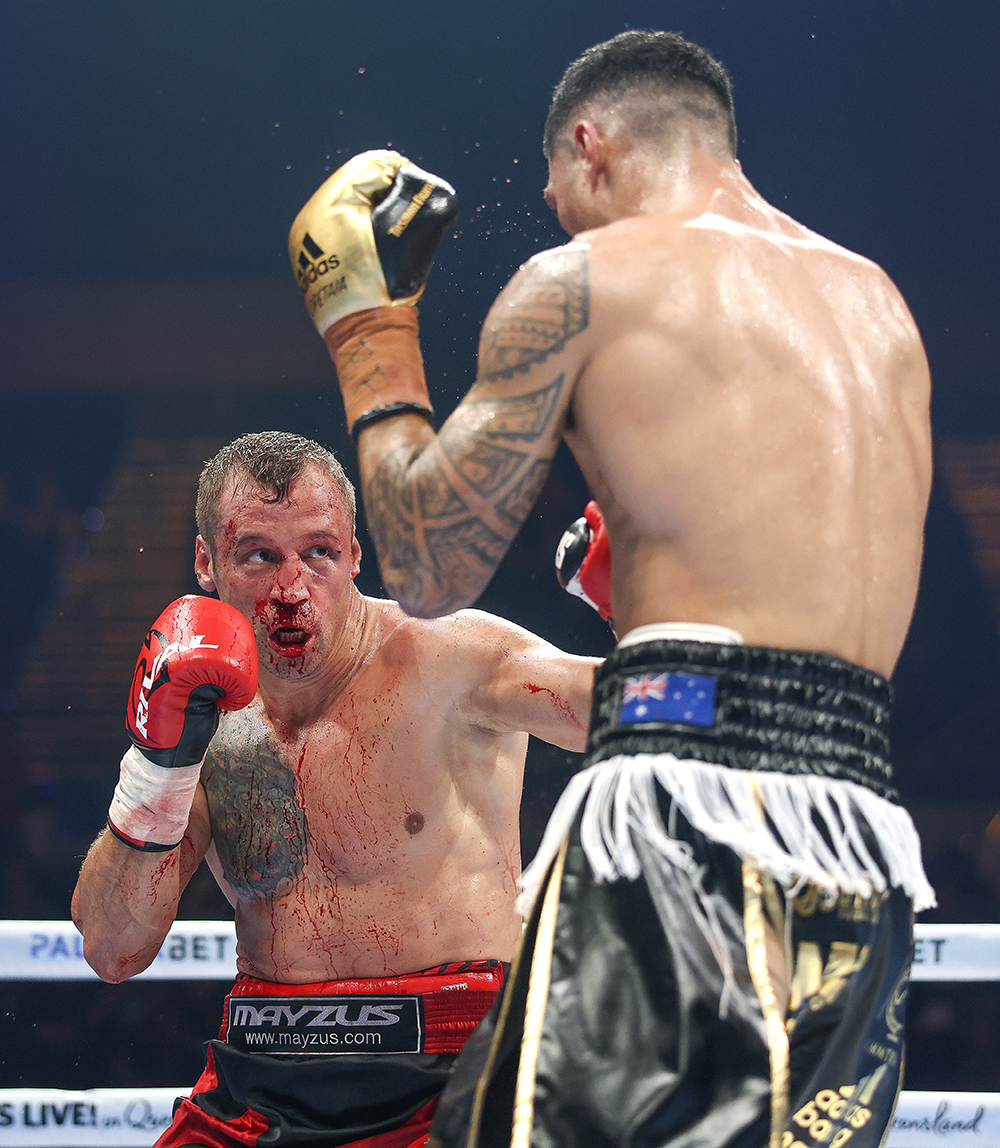 Briedis managed a rally in the seventh, but Opetaia matched him in the exchanges. In the eighth, Briedis rushed out again and pressured Opetaia in what was perhaps his best round of the fight.

Opetaia was back up on his toes in the ninth, punishing Briedis with strafing shots to the body and head. A big right hand late in the stanza caught Opetaia flush on the chin, but he took the shot well and didn’t so much as wobble.

Briedis claimed the 10th with some hard right hands, including an uppercut that caught Opetaia on the chin. Opetaia got back up on his toes in the 11th, mixing in attacks and clever counterpunching. A solid left hand to the jaw from Opetaia right at the bell punctuated the round for the challenger. 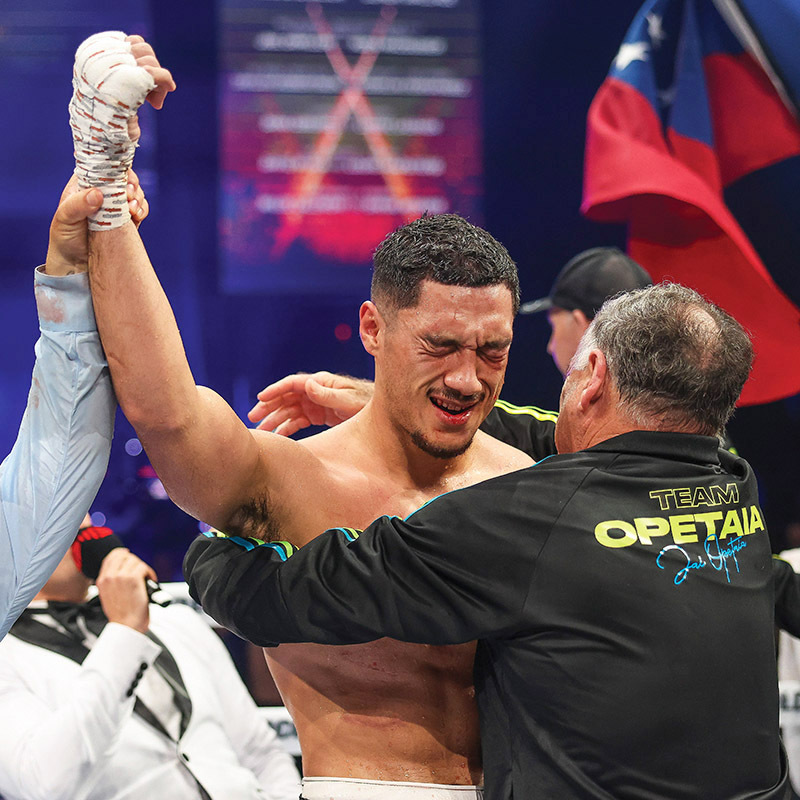 At the end of the penultimate round, there was visible swelling to Opetaia’s jaw.

The 12th and final round started with Opetaia bouncing on his toes and trying to stay out of range. When either boxer landed a blow, the challenger would initiate a clinch. The Australian’s jaw was swinging on its hinges. Blood was pouring from his mouth and he struggled to keep his mouthpiece in. But in a show of supreme bravery, he traded with Briedis in the final minute of the round.

Japanese judge Katsuhiko Nakamura scored the bout 115-113, while American judges John Basile and Steve Weisfeld turned in identical cards of 116-112, all for Opetaia.

In the end, Opetaia proved too versatile, too unpredictable and, ultimately, too tough. That last point was proven when it was revealed post-fight that his jaw was broken on both sides during the bout – once early in the fight and again in the later rounds.

With his jaw badly disfigured, Opetaia was unable to give a post-fight interview, but the jubilation of being crowned champion of the world was etched all over his face.