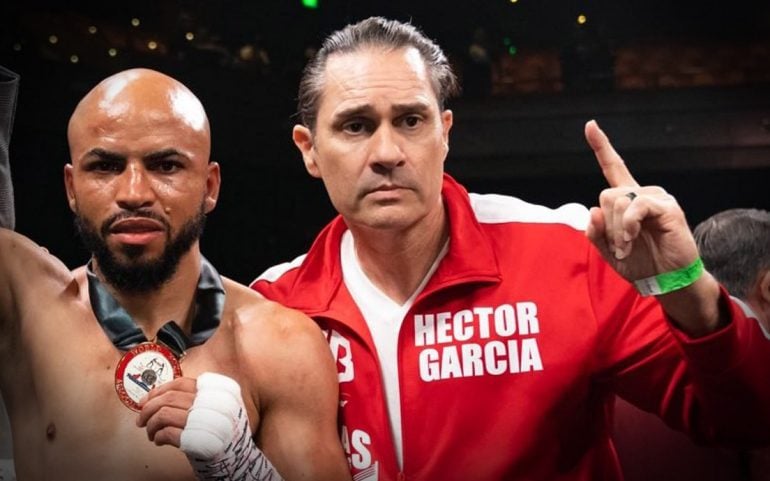 He had always been that guy boxing insiders recognized, because he was everywhere, even if they could not exactly pinpoint who he was.

This past year, the 51-year-old coach from San Jose, California, became more than a hand attached to a fighter’s raised arm in a victory shot. That hand got attached to a name, one that more people outside of the boxing world began to recognize. Winning can do that.

In 2022, no trainer won more with more against him than Santos. He’s become the patron saint of late-notice Dominican Republic fighters who are expected to lose to the better-known boxers.

In 2022, Santos was the trainer for Dominican junior lightweight Hector Luis Garcia, who claimed upset victories over Chris Colbert in February and Roger Gutierrez in August. The savvy southpaw lifted the WBA 130-pound title from the battle-tested Gutierrez. Santos also led heavy underdog Alberto Puello to the WBA junior welterweight title and Carlos Adames to an interim middleweight belt. 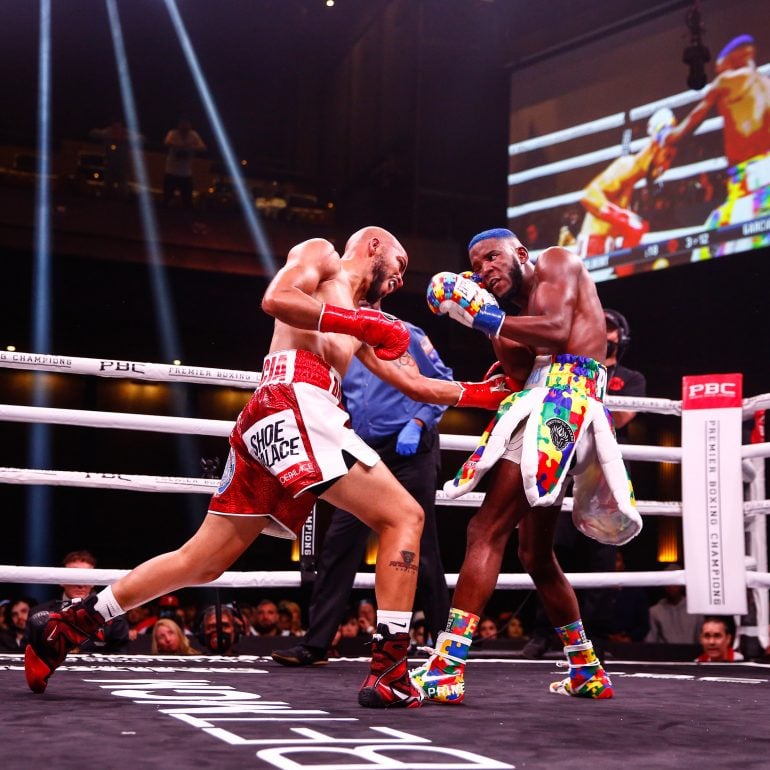 He has outgrown the “conditioning coach” moniker he earned while working with world-class standouts such as multi-division titleholder Robert “The Ghost” Guerrero and respected junior middleweight/middleweight veteran Erislandy Lara. He’s proven to be much more than that – The Ring’s 2022 Trainer of the Year.

“The recognition means a lot. It means all the time, effort and sacrifice that I put in has been worthwhile,” Santos said. “That being said, it means more to me knowing that I changed a lot of people’s lives. That means more to me than anything. No one thought a lot of these guys that I work with would win, except me and them. You develop relationships with these fighters, and what I love is that Robert Guerrero is still with me. Erislandy Lara is still with me. I helped change their lives and have been part of their lives.

“I saw them go from nothing, literally nothing, no houses, to having houses of their own. To see how they’ve been able to change their families’ lives, that is more important than anything. I’ve been fortunate to work with good people. As great a fighter as Robert Guerrero is, he’s a better person. This is icing on the cake. This means a lot to me.”

One of Santos’ many strengths is preparation. He believes in the old bromide that failing to prepare is preparing to fail. He’s meticulous about his routine and his schedule with his fighters – and that schedule has gotten tighter as he’s become more in-demand.

“My life has changed dramatically since this time last year.”

And it’s not just the professionals who want a bit of his time. When he works fights locally and in Las Vegas, Santos finds himself being stopped by fans for pictures and autographs.

“My life has changed dramatically since this time last year,” Santos said. “I still put in the same work each day as I ever have, but what happened this year never took place in the past. I think boxing people knew who I was, but once that story in Ring came out (Ringtv.com: “Bob Santos might be the best trainer you’ve never heard of”), that pulled back the curtain and made a lot of people take notice. It showed what I really put into the sport. Many boxing people didn’t know my background, and I’m not someone who is going to run around telling people who I am and what I do. After the article, it brought a lot of things to the forefront of who I am and what I do.” 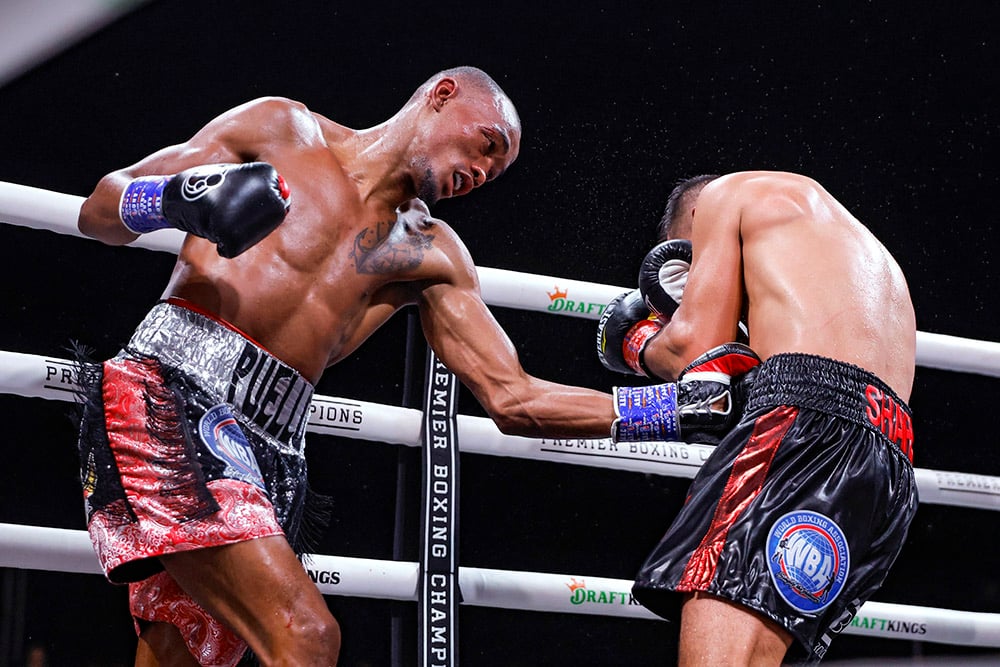 Alberto Puello digs a left into the body of Batyr Akhmedov. (Photo by Esther Lin/Showtime)

Santos is also one of boxing’s good guys. He has a strong following of boxing people who have touted his achievements even when Santos himself won’t.

In 2022, Garcia was a late replacement and as much as a 50-to-1 underdog, according to some books, against Colbert, who had seldom lost a round during his rise up the junior lightweight rankings. Garcia dominated him, winning by a wide margin. He repeated that against Gutierrez. Puello was a heavy underdog against Botirzhon (Batyr) Akhmedov for the vacant WBA junior welterweight title in August. Puello won by split-decision. Adames, a slight favorite in October over Juan Macias Montiel (who went the distance with WBC middleweight titleholder Jermall Charlo in September 2021), won by third-round knockout.

Santos trained them all.

“I feel the love from everyone, and that truly means a lot to me,” Santos said. “I’ve always felt respected by people in boxing, though not to the degree I do now. This has been an unforgettable year in my life, and 2022 is a year I’ll never forget. I was on the map. It’s been great that people have noticed.”