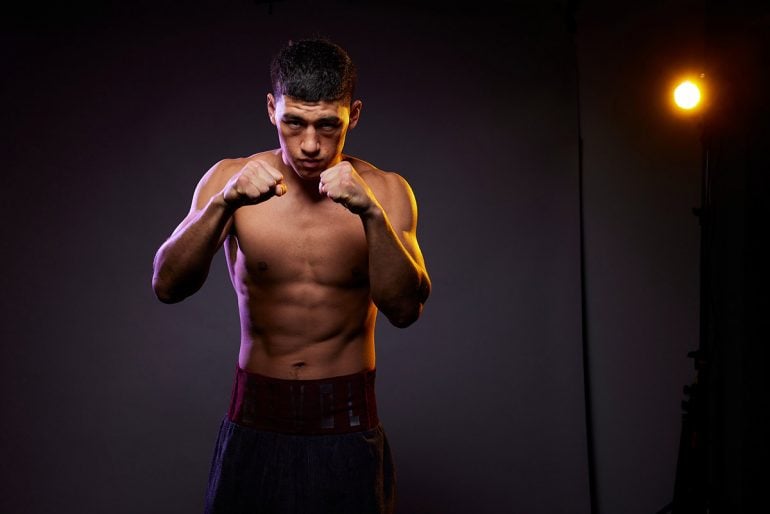 Photo above by Mark Robinson

At this time last year, Dmitry Bivol faced an uncertain future. While undoubtedly a respected world titleholder, he was a relative unknown to the general public. After engaging in a string of title defenses for his WBA light heavyweight belt, you got the sense that the 31-year-old from Kyrgyzstan still hadn’t had that signature victory.

Now after conquests over Saul “Canelo” Alvarez and Gilberto Ramirez, he has arrived on the scene as one of the most important fighters in the sport. Perhaps he’s not a star in popular culture, but Bivol is now a giant within boxing.

And with that, he’s The Ring magazine Fighter of the Year for 2022.

You could tell how much his profile had changed as he walked through the lobby of the LAX Hyatt Regency the day after Thanksgiving, as boxing fans – who had earlier attended the weigh-in for the bout between Regis Prograis and Jose Zepeda – asked him for photos and autographs. As word spread of his presence, more people started to gather around him. The next evening at the Dignity Health Sports Park in Carson, California, he was mobbed by the masses who came out for that fight in late November. 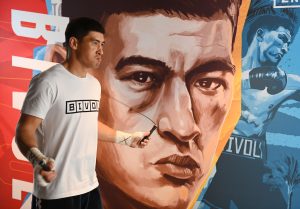 “I feel it. When I’m with my family, people recognize me. They want to do a photo, give me respect. I like it. It’s really nice.”

So what changed? Bivol has always been a highly skilled, accomplished boxer. Money had been made and put away; he was earning a comfortable living. But as he turned 30, there was a growing sense that his prime years were being squandered. For as talented as he was, Bivol was largely just another beltholder. As the calendar turned to 2022, it seemed like a pivotal year for him. Unlike many other boxers who are solely about their bottom line, Bivol is one that actually cares about his legacy.

Was he ever going to get that chance to reach the next plateau?

There was talk of Bivol facing Canelo in the fall of 2021 before a deal was struck for the Mexican star to face Caleb Plant in November for the only super middleweight world title he didn’t already own. While Canelo completed his collection, Bivol took a 12-round tune-up bout in Russia and basically sleepwalked through beating Umar Salamov by unanimous decision. Soon after that, negotiations began for Alvarez.

Finally, the breakthrough. After a banner 2021 campaign that saw him become the undisputed champion at 168, Canelo made the decision to target light heavyweight, where he’d already dipped his toe once in winning a major title against Sergey Kovalev in 2019. 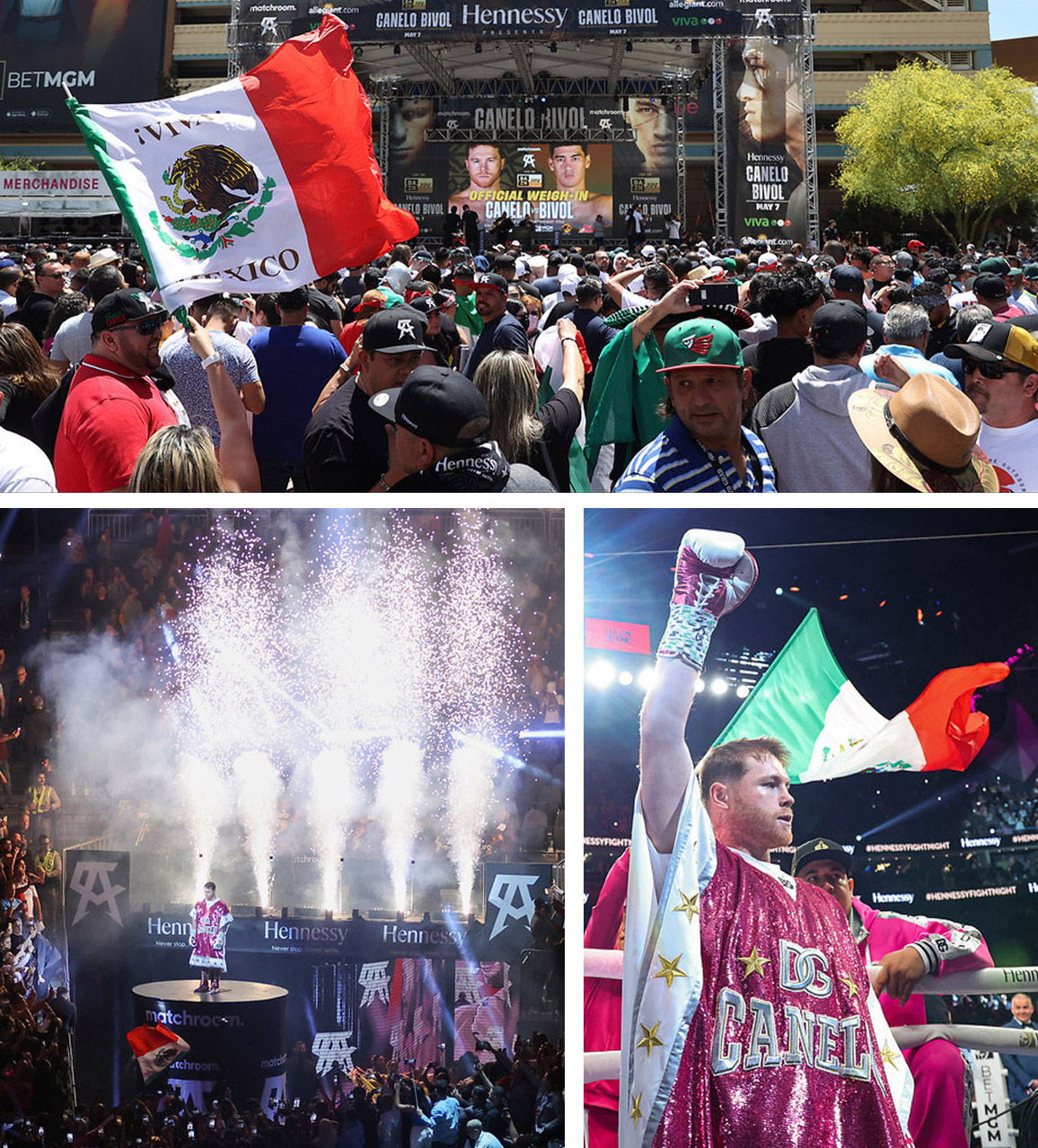 Manager Vadim Kornilov, who certainly had a sense of urgency in terms of Bivol’s career, told The Ring, “Matchroom and us are partners. I always said this fight was important for us as a sports challenge, not as a money-making venture or a cash-out. It was more important for us to be on a level playing field and get the opportunity more than the money.“

For them, the victory wasn’t in just getting a career-high payday – it was in actually winning the fight. They were never going to price themselves out of this opportunity.

“I just wanted and I just believed one day I will get this fight where I can show all my skills.”
– Dmitry Bivol

Going into the night of May 7 at the T-Mobile Arena in Las Vegas, Bivol, the defending titleholder, went into this contest as a sizable underdog. While he was the natural 175 pounder, he was coming off relatively unimpressive wins over Salamov, Craig Richards and Lenin Castillo. Alvarez, on the other hand, seemed to be unstoppable, at the apex of his skills and marketability. The consensus was that he was the best boxer in the world, pound-for-pound.

But a funny thing happened on the way to this coronation: Nobody told Bivol that he was just an opponent there to hand over his belt.

Still, the fight, which took place on Cinco De Mayo weekend, was clearly supposed to be a celebration for Canelo. His elaborate ring walk even took place after Bivol was already in the ring, despite being the challenger. 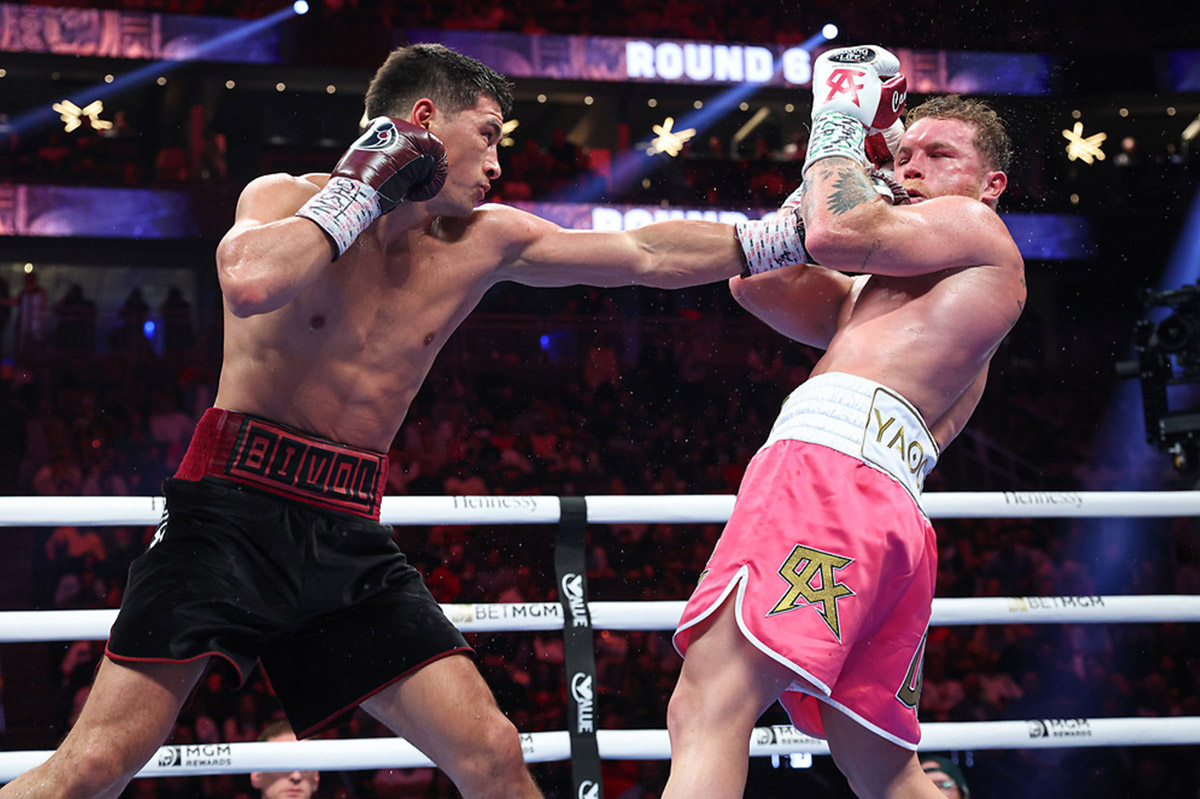 In the early rounds, it was evident that Bivol’s in-and-out movement, his fast hands and rapid-fire combinations were preventing Canelo from getting into a groove. While some punches were dodged, it was impossible for him to evade all the incoming leather. There was an eerie silence that fell over the largely Mexican audience by the middle rounds.

On this night, Bivol wasn’t just content to fence from the outside, and at times he let his hands go liberally. In the fifth round, he pressed Canelo to the ropes and blasted him with a series of one-twos. After this, Alvarez tried to bait Bivol back into the pocket but was greeted with a mere shrug, as if to say, ‘Tonight, I control things in here.’ 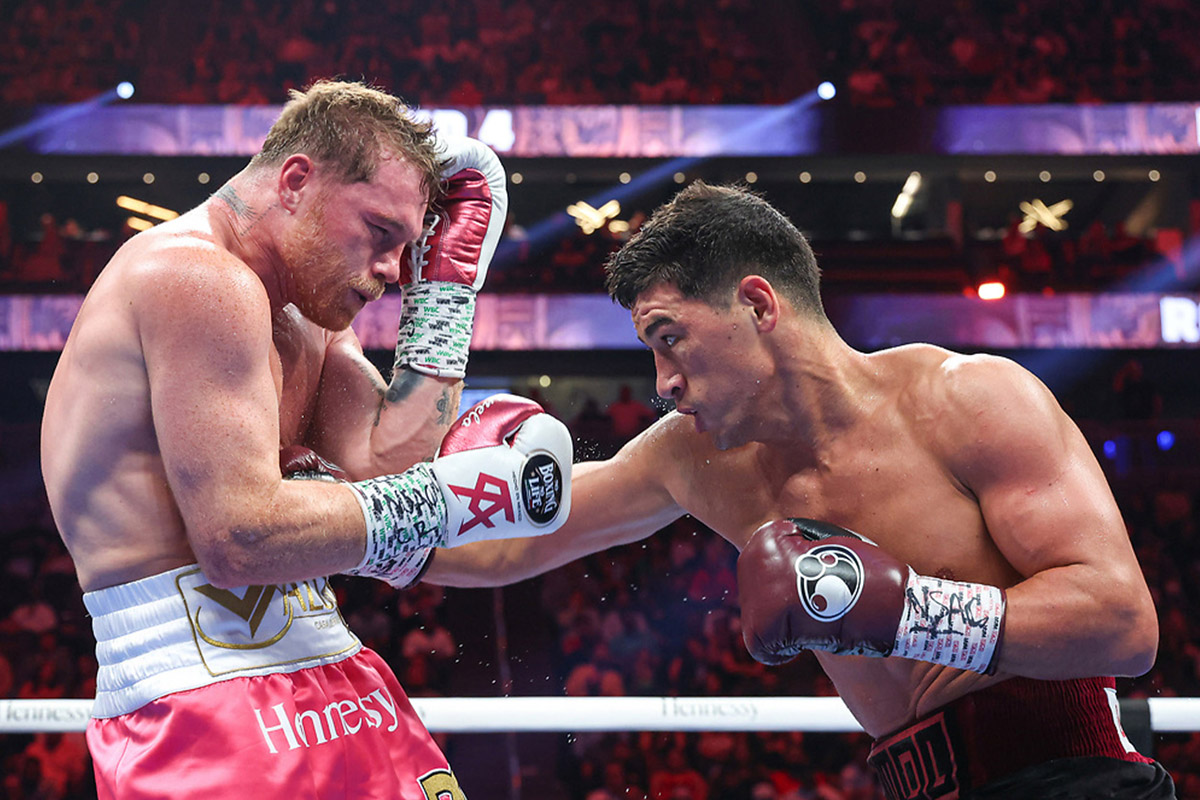 Bivol didn’t just out-box Alvarez; he out-classed him. And it wasn’t just about size, but skills. To be fair, size played a factor too, as Alvarez was never able to dent the armor of Bivol, who time and time again had his hands in proper defensive position when Alvarez wound up and attempted to land that fight-turning punch that never materialized.

’’The fight was like I expected. It wasn’t some surprise for me,” recalled Bivol. “During the fight, I [expected him to] use a lot of body work, head movement. He used it good. He was good. I missed a lot of punches, but everything was OK.”

Most ringside observers had Alvarez winning just two or three rounds. In a town that is notoriously pro-Canelo, the judges gave Bivol the win by the scores of 115-113 across the board. Those cards do not reflect just how dominant he was on that evening.

“I was actually surprised that the judges actually gave us the decision, because I felt that if he didn’t knock him out, he doesn’t win,” admitted Kornilov. “But there’s no doubt he did more than enough to get the decision.” 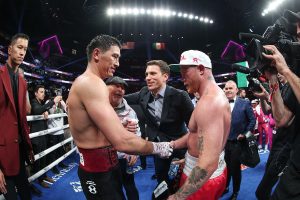 This was a signature victory for Bivol, the kind that not only puts you in another tax bracket but elevates your status in the sport. Bivol says simply of this experience, “Canelo’s a good guy. He’s a strong guy, a big star, really. All of his fights are like that, and I had only one fight on that level. I did well.”

As Alvarez turned his attention to a third go-around with Gennadiy Golovkin in September, Bivol was then left to attend to his mandatory challenger, Gilberto “Zurdo” Ramirez, whose record stood at 44-0 (30 KOs). Ramirez was buoyed by the confidence he gained from past sparring sessions with Bivol. In his view, he had gained the upper hand.

“All of my sparring partners have success with me – every one,” reasoned Bivol, who explained that for him, these rounds in the gym were used to hone certain facets of his game and add elements to his arsenal. There were some who believed that Ramirez’s size and length would trouble Bivol much more than the naturally smaller Alvarez.

Very soon after the opening bell in Abu Dhabi on November 5, that belief was put to the test. In the first round, Bivol came out and established the center of the ring and basically dared Ramirez to come to him. Late in the round, he hit Ramirez with a sharp right hand that certainly got his attention. The session ended with Bivol whacking the statuesque southpaw with a blistering combination. As the bell sounded, Bivol bumped Ramirez forcefully. A message had been sent.

For much of the fight, Ramirez was kept at bay.

Bivol said of his strategy, “Maybe it was a surprise for him, because he said I was running from him, or something else, but I was here. It’s different [from the Canelo fight], because the [fights had] different strategies, and my strategy was to move forward.”

As you witnessed this bout, you saw in Bivol a boxer who was operating with increased confidence. As the fight went on, he picked his spots and layered one-twos down the middle, consistently beating Ramirez to the punch. 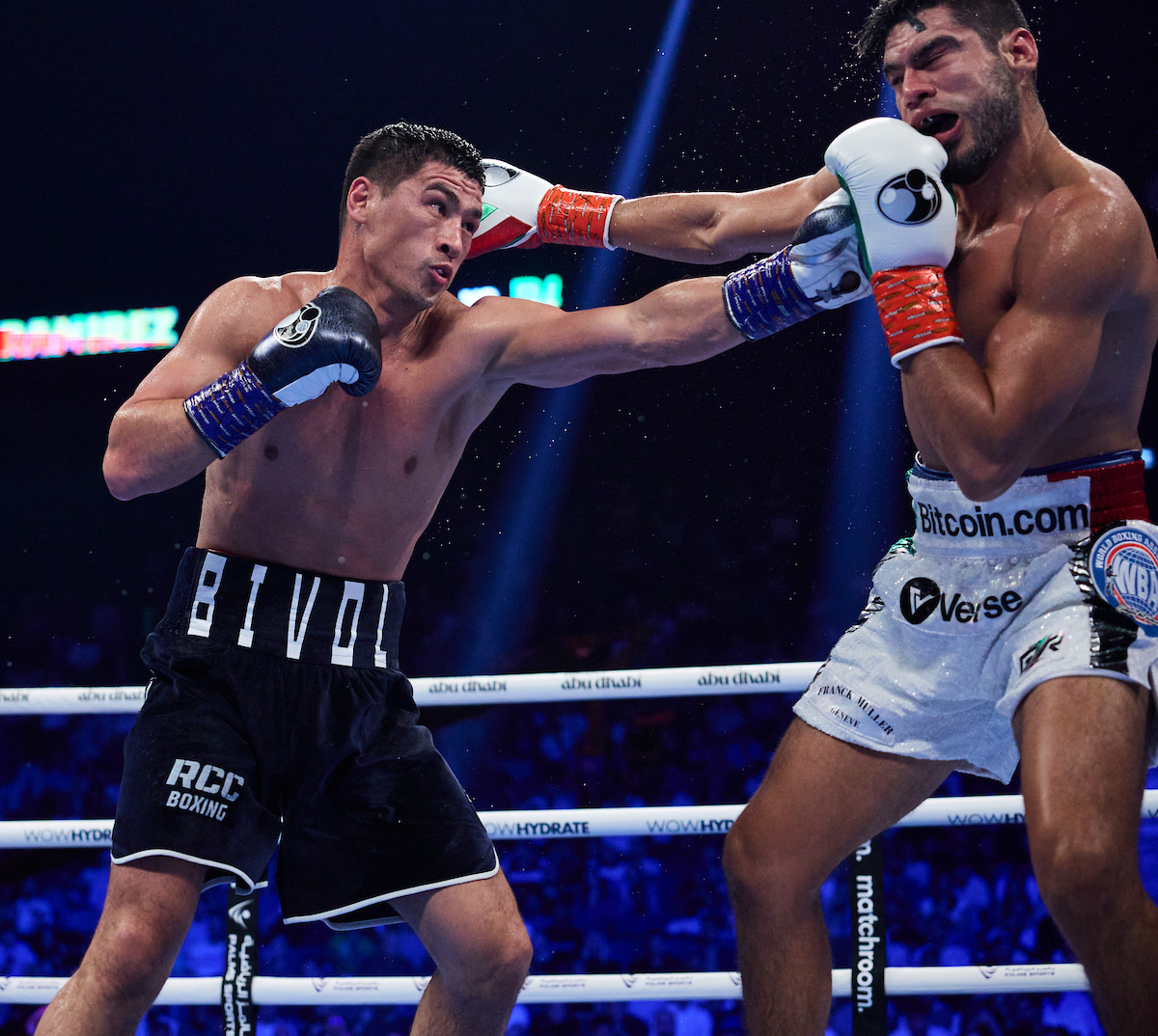 In an era when world-class boxers perform sporadically (basically twice a year), nobody had the quality of wins quite like Bivol. And it wasn’t just the results, but the sheer dominance he displayed. In two bouts versus contrasting opponents, Bivol exhibited tactical brilliance and high-level execution. 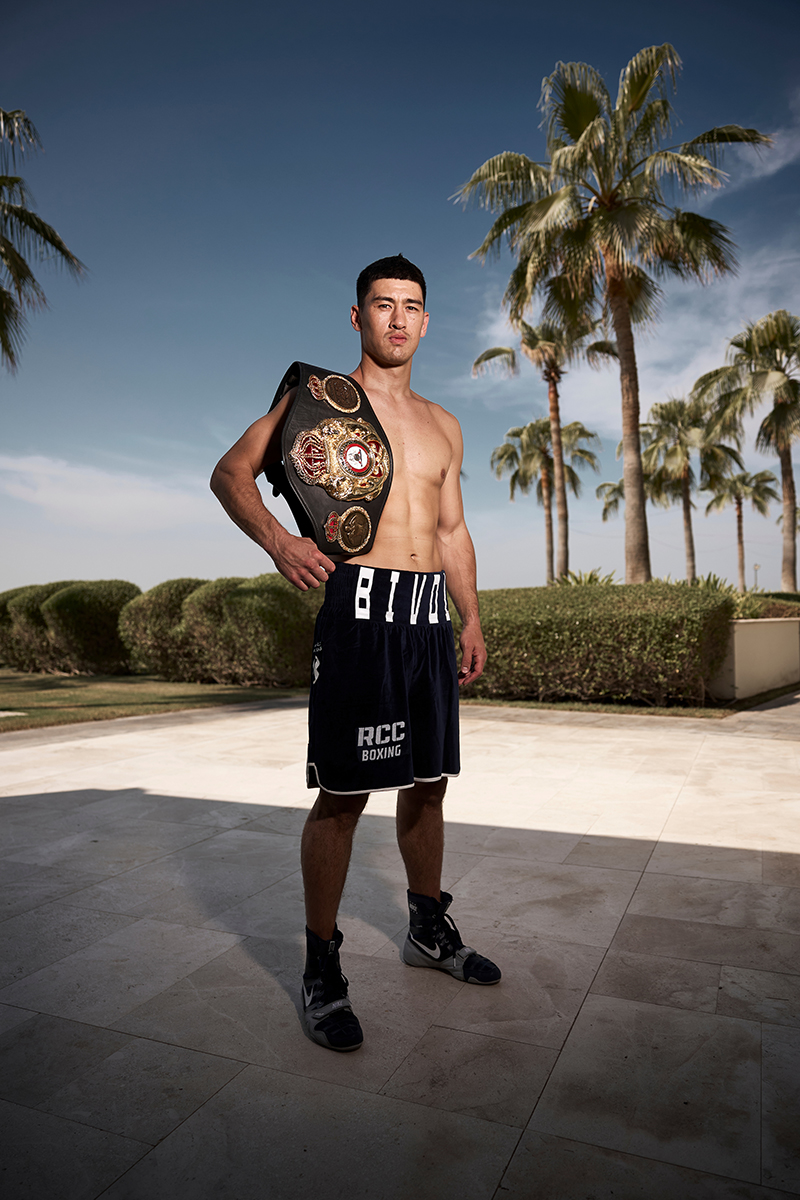 Now he can begin to truly reap the rewards of his hard work.

“Obviously, it has changed a lot, but I still think [Bivol is] somewhat undervalued, and some people still don’t realize what his career has been,” said Kornilov. “But I think we’ll have our opportunity to prove to everybody that he’s the best. We’re still on the way to make sure there’s no doubters at all.“

Currently, Bivol is No. 6 in The Ring’s pound-for-pound rankings and the publication’s No. 1-rated light heavyweight. The other three sanctioning-body titles are held by No. 2-rated Artur Beterbiev.

There’s been a lot of talk about what 2023 holds for Bivol. Certainly a rematch with Alvarez will be discussed, as will a showdown with Beterbiev for all the marbles in the 175-pound division. But Bivol makes it clear: “It’s not about the names, it’s about the belts. Today it’s Beterbiev, maybe tomorrow it’s (Anthony) Yarde.”

Yarde will face Beterbiev in late January in the U.K. As for Canelo, all indications are that he will face super middleweight contender John Ryder in May. There’s no doubt that a second bout with the game’s cash cow would be the most lucrative option for Bivol.

“I prefer to move forward and fight for another belt,” he asserted. “I want to move forward. But of course it’s not a bad fight to fight against Canelo again.”

Bivol knows, after all, that prizefighting isn’t just about glory.

“The belts are more important because with the belts, I can make more money,” he pointed out with a laugh. “I love money, of course, but if I only think about money, I wouldn’t be here.”