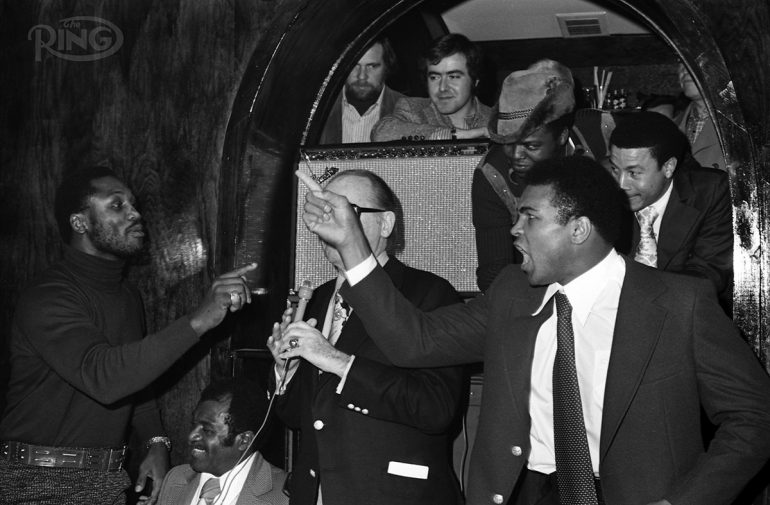 Some of the luster had rubbed off of Muhammad Ali’s anticipated rematch with Joe Frazier by the time they met again at Madison Square Garden, the site of their iconic first bout for the undisputed heavyweight championship. Both men had suffered losses in 1973, but Ali was brimming with confidence at a press luncheon on January 17, 1974, his 32nd birthday, held at the Wig and Pen Restaurant in New York City. Ali’s bravado delighted onlookers, including cornerman Drew “Bundini” Brown (in the hat), and spurred on Frazier to the amusement of his trainer, Eddie Futch (seated). Eleven days later, Ali outpointed his arch rival over 12 rounds.