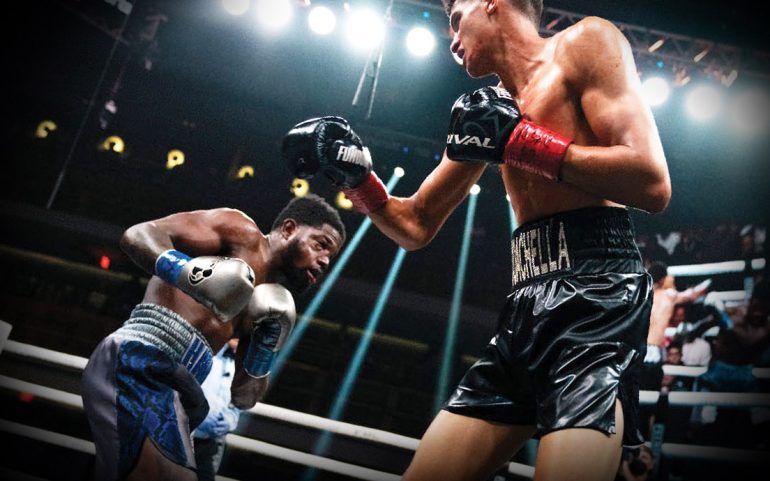 Sebastian Fundora had to find out. The 6-foot-5½ junior middleweight had to discover something about himself, though this wasn’t exactly the way he wanted to do it, kneeling on the canvas after taking a torrent of blows from Erickson “The Hammer” Lubin.

Their scheduled 12-round fight at the Virgin Hotels Las Vegas had promised fireworks and the anticipated April 9 showdown delivered numerous times, especially in the seventh, when the “Towering Inferno” wasn’t towering.

Fundora was knocked down for the first time in his career after taking a 13-punch barrage from fellow southpaw Lubin. The power-punching Floridian topped the fusillade of shots with a right hook that broke through Fundora’s high guard with 38 seconds left in the round, with the gangly thinman’s limbs twisted in the ropes as he took a knee.

For the first time in his career, Fundora was facing genuine adversity, seemingly on the brink of being stopped.

Fundora was usually the one imposing his will, coming forward, applying pressure. This time, it was Lubin that had Fundora backing up for a rare moment.

That’s when Fundora had the wherewithal under the strain of pressure to take a knee. That’s when the 25-year-old Californian found he could deal with adversity – and he didn’t take too long to conquer it.

What began as a dominant round for Lubin quickly turned once Fundora got his legs back under him, reversing the momentum and cornering Lubin by the end of the session. 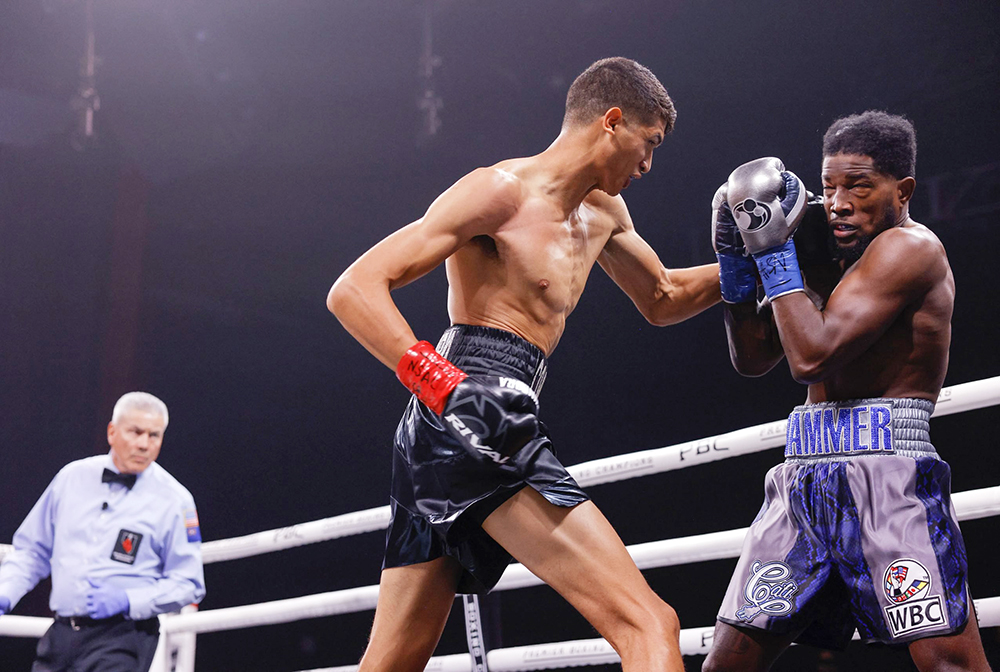 The fight featured knockdowns by each fighter and was a strong consideration for The Ring’s 2022 Fight of the Year. Each fighter showed impeccable grit getting up from those knockdowns.

“I think this was probably my best performance ever,” Fundora said after the fight. “It was a back-and-forth fight, and he really brought his hammers today. But you know what? I decided to bring my drill, and that’s what I did. My uppercut was landing like no other; it got the job done.”

Each fighter dragged and flogged the will of the other.

“I got hit with a good punch and I didn’t feel like I needed to get hit again, so I took a knee to get a little breather in and I recovered,” Fundora said, recalling the seventh. “I intentionally took a knee. I knew I had to take a knee because if I kept getting hit like that, it wouldn’t be smart for me and I wouldn’t be able to recollect myself. I started to eat the cake in one bite. I went back to my corner and my dad said, ‘Don’t be doing that. Don’t be acting dumb.’ I came back in the next round and I figured stuff out again.”

Filled with confidence, Fundora attacked in the eighth, forcing Lubin to fight off his back foot. By the ninth, Lubin’s eyes were two slits. He had a giant hematoma growing on his face, blood dripping from his mouth, and it seemed obvious he couldn’t do anything to fend off the charging Fundora. That’s when his head trainer, Kevin Cunningham, had seen enough and wisely called it off after the round.

The Towering Inferno found out later what he had overcome: At the time of the stoppage, Lubin was ahead on two of the three judge’s scorecards, 85-84.