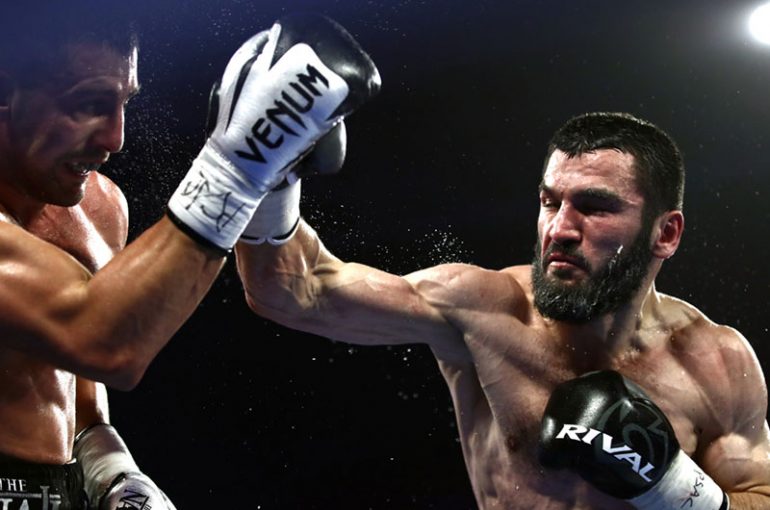 Up next is super light heavyweight. As always, please enjoy the debate and respect other people’s opinions.

THE PAST: The physically imposing Russian was an amateur standout and has moved quickly as a professional. He won the IBF light heavyweight title, stopping Enrico Koelling (KO 12) and defended against Callum Johnson (KO 4) and Radivoje Kalajdzic (KO5). His breakout win came against Oleksandr Gvozdyk (TKO 10) in a unification bout that saw Beterbiev annex the WBC title.

THE FUTURE: Was in training for an IBF mandatory defense against unheralded Fanlong Meng on March 28. That bout will be scheduled for a later date.

THE PAST: The 2012 Olympic bronze medalist was part of the Ukrainian dream team alongside Aleksandr Usyk and Vasiliy Lomachenko. As a professional, he impressively beat Nadjib Mohammedi (KO 2), Isaac Chilemba (RTD 8) and Yunieski Gonzalez (TKO 3) en route to unseating WBC titleholder Adonis Stevenson (KO 11). Made one defense before losing the unification match up to Beterbiev.

THE FUTURE: Likely to need a confidence-builder before pursuing a Beterbiev rematch. 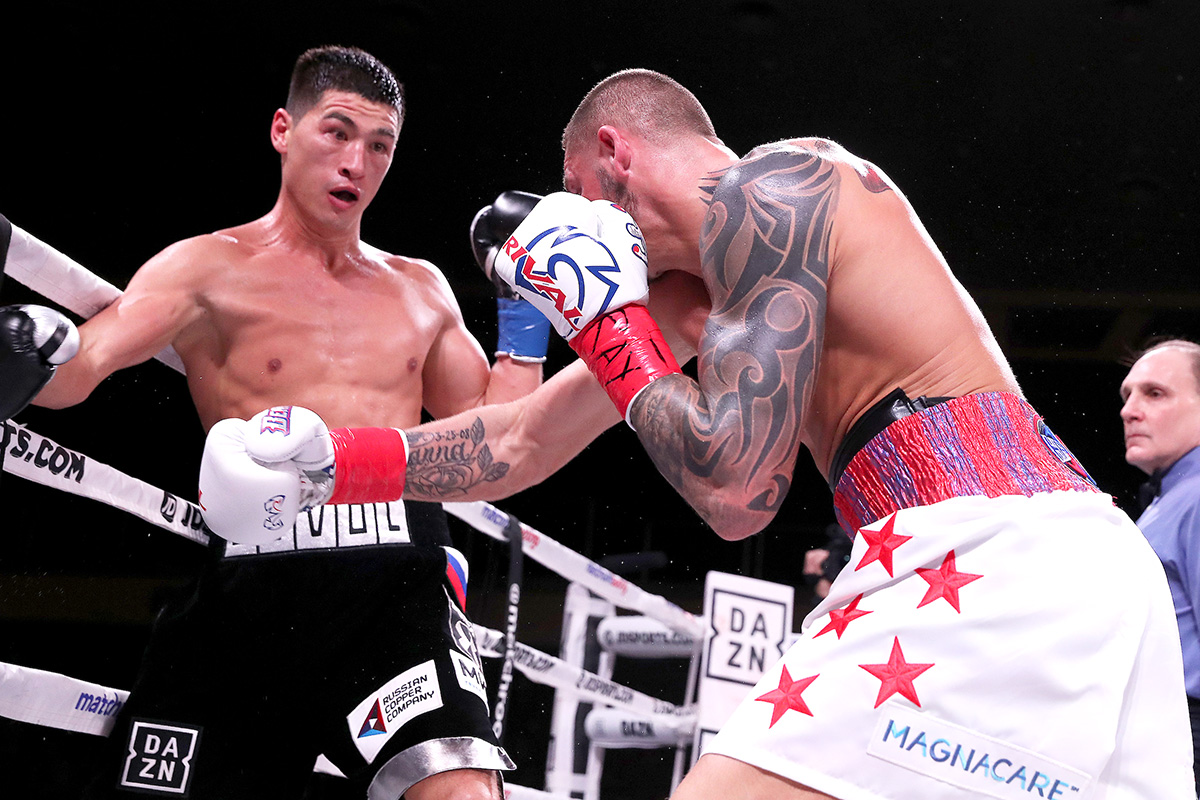 THE PAST: The 29-year-old is the epitome of too much risk-not enough reward. The WBA titleholder is a highly skilled boxer-puncher, who boasts wins over Sullivan Barrera (TKO 12), Isaac Chilemba (UD 12), Jean Pascal (UD 12) and Joe Smith Jr. (UD 12).

THE FUTURE: Has toyed with the idea of dropping down to super middleweight in search of a big fight against Callum Smith or Canelo Alvarez. However, Bivol is more likely to continue with title defenses until a big fight presents itself at 175.

THE PAST: Kovalev, a three-time light heavyweight titleholder, boasts excellent wins over Bernard Hopkins (UD 12) and Jean Pascal (TKO 8 and RTD 7). The Russian veteran lost back-to-back fights to Andre Ward (UD 12 and TKO 8) but bounced back to win another title by stopping Vyacheslav Shabranskyy. Split two fights with Eleider Alvarez (L TKO 7 and UD 12) and was having his moments against Canelo before the younger man struck late for an 11th-round knockout.

THE FUTURE: Was scheduled to face Sullivan Barrera at a catchweight of 180 pounds on April 25. That bout could potentially be rescheduled, although the 37-year-old has hinted at a move to cruiserweight.

THE PAST: The big Colombian represented his country at the 2008 Olympics before basing himself in Canada as a pro. Struggled to gain traction initially but wins over Lucian Bute (KO 5) and Jean Pascal (MD 12) propelled him toward a title fight. Took down then-WBO titleholder Kovalev in seven but was clinically outboxed in a direct rematch (UD 12). Resurfaced once to stop Michael Seals (KO 7).

THE FUTURE: Alvarez is part of a WBO tournament. He is tentatively scheduled to face Joe Smith Jr. in Las Vegas on July 16. If victorious he will face the winner of Umar Salamov and Maksim Vlasov to fill the vacancy. 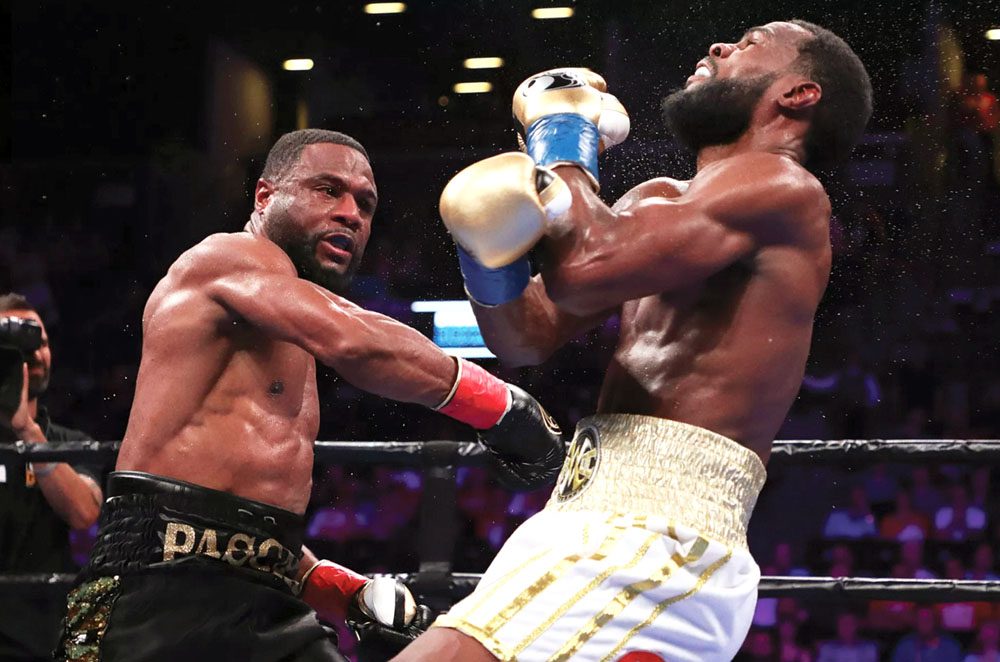 THE PAST: In 2009, the popular Canadian won the WBC title by outpointing Adrian Diaconu and made four defenses. However, losses to Bernard Hopkins (UD 12), Kovalev (TKO 8 and RTD 7) and Bivol (UD 12) suggested that his time at the top had come to an end. To his immense credit, Pascal has revived his career by posting wins over Marcus Browne (TD 8) and Badou Jack (SD 12).

THE FUTURE: Rematches with Marcus Browne and Badou Jack have been discussed.

THE PAST: The Las Vegas-based Swede is a former WBC super middleweight titleholder. He is never in an easy fight, he likes to test himself and, as a result, is often involved in close fights. He got his 175-pound campaign off to a good start by thrashing Nathan Cleverly (TKO 5), but he and then-WBC titleholder Adonis Stevenson couldn’t be separated and fought to a draw. Has lost his last two, dropping decisions to Marcus Browne (UD 12) and Pascal (SD 12).

THE FUTURE: Would like to face Pascal a second time.

THE PAST: The 2012 U.S Olympian found has himself on the fringes of a serious breakthrough. Scored impressive wins over Thomas Williams Jr. (KO 6), Sean Monaghan (KO 2) and Fracy Ntetu (KO 1) before securing an impressive win over Jack (UD 12). However, he was immediately stalled by Pascal (TD 8).

THE FUTURE: Talked about facing Pascal again but may need to take a lesser fight while waiting for the winner of Pascal-Jack 2. 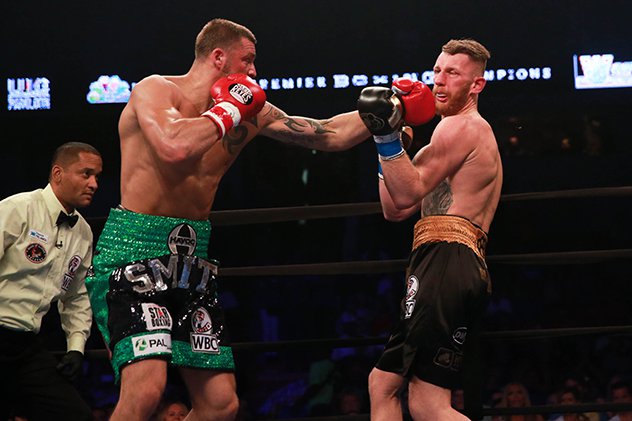 THE PAST: The Long Island native shocked Andrzej Fonfara (TKO 1) and became the first fighter to stop the legendary Bernard Hopkins (KO 8). However, Smith has gone 2-2 since, dropping decisions to Sullivan Barrera (UD 10) and WBA titleholder Dmitry Bivol (UD 12). Scored a much-needed win over Jesse Hart (SD 10) in January.

THE FUTURE: Agreed to face Alvarez in a crossroads fight on July 16 as part of the WBO tournament.

THE PAST: Experienced German owns wins over solid European contenders like Balazs Kelemen (UD 12) and Tony Averlant (UD 12) but lost when he stepped up to face countryman Karo Murat (TKO 11) for the European title. Rebounded to win the vacant title when he outboxed Serhiy Demchenko (UD 12) and made two defenses before stopping Sven Fornling (TKO 11).

THE FUTURE: Owns a WBA interim title, so likely to take aim at Pascal and Bivol.