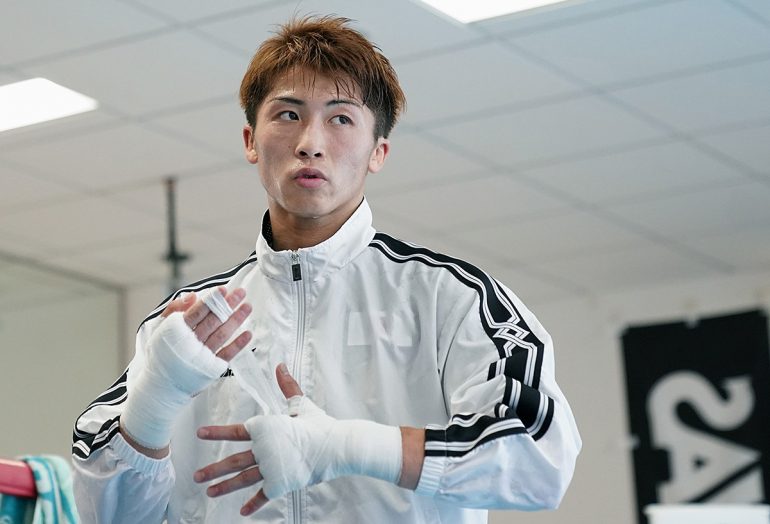 Up next is bantamweight. As always, please enjoy the debate and respect other people’s opinions.

THE PAST: The big punching Japanese “Monster” has lived up to his moniker, devouring all before him en route to claiming world titles at 108, 115 and 118 pounds. Last time out, Inoue defeated Nonito Donaire (UD 12) to win the WBSS tournament in a bout that was later named The Ring Magazine Fight of the Year for 2019. Also holds impressive wins over Omar Narvaez (KO 2), Jamie McDonnell (TKO 1), Juan Carlos Payano (KO 1) and Emmanuel Rodriguez (TKO 2). Inoue is currently The Ring Magazine, IBF and WBA bantamweight titleholder.

THE FUTURE: Had been due to face fellow puncher John Riel Casimero for the Filipino’s WBO strap on April 25. That bout will now take place at a later date. 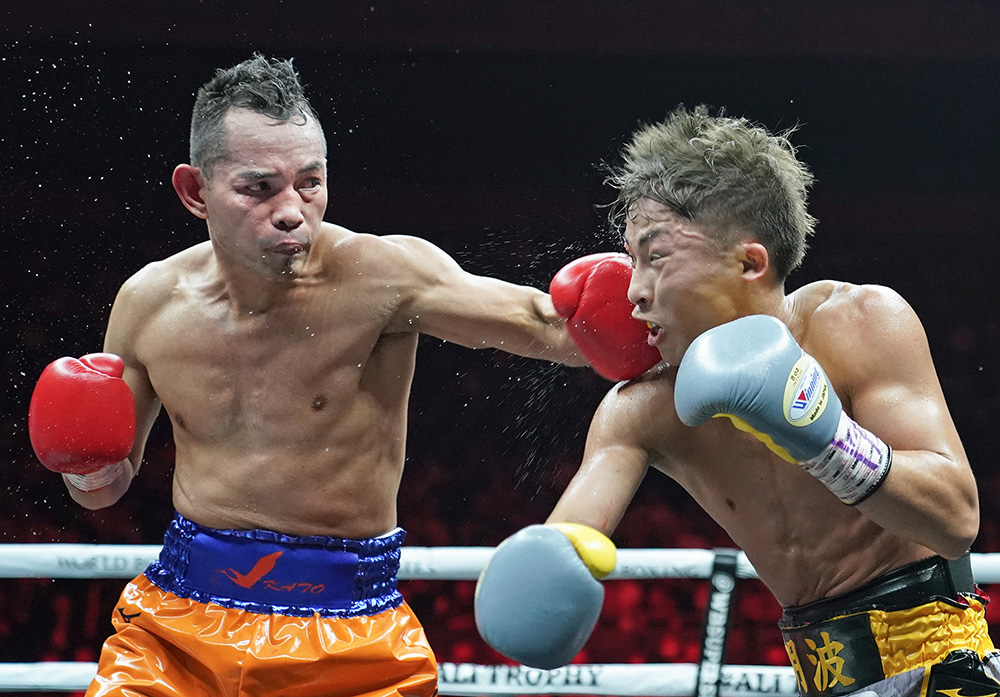 THE PAST: The big-punching Filipino won world titles at 112, 118, 122 and 126. Scored impressive wins over the likes of Vic Darchinyan (TKO 5), Fernando Montiel (TKO 2), Toshiaki Nishioka (TKO 9) and Jorge Arce (KO 3). In 2018 “The Filipino Flash” surprisingly dropped back down to bantamweight and took part in the WBSS. He beat Ryan Burnett (RTD 4) and late substitute Stephon Young (TKO 6) before giving Inoue all he could handle in a decision loss.

THE FUTURE: He had been due to face Nordine Oubaali for the WBC title on May 16 in Los Angeles. That will be rescheduled for a later date.

THE FUTURE: Due to face mandatory challenger Donaire next. If he can beat the four-weight titleholder, he will target the winner of Inoue-Casimero. 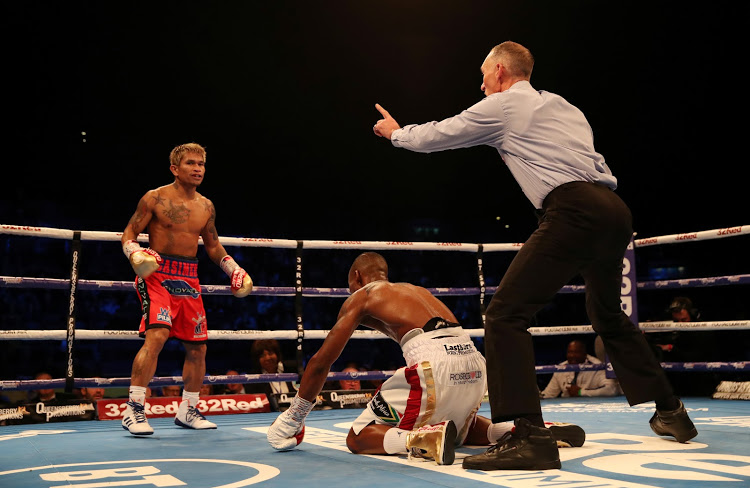 THE PAST: Casimero rebounded after losing to IBF flyweight beltholder Moruti Mthalane (L TKO 5) to win world titles at 108 and 112. The globetrotting Filipino power-puncher has outpointed Pedro Guevara (SD 12), scored a revenge win over Amnat Ruenroeng (KO 4) and halted Charlie Edwards (TKO 10). Moved up to junior bantamweight but lost to compatriot Jonas Sultan (UD 12). Following a period of reflection, Casimero moved to bantamweight and, as underdog, stopped Zolani Tete (TKO 3) to win the WBO 118-pound title.

THE FUTURE: Had been all set to face Inoue in a unification bout.

THE PAST: The former Olympic youth champion claimed the vacant IBF title with a masterclass performance to shut out Paul Butler (UD 12). In his lone defense, the 27-year-old boxer-puncher edged Jason Moloney (SD 12) in the WBSS before losing in startling fashion to Inoue in the semi-final. Rodriguez had been set to face former titleholder Luis Nery but, not for the first time, the Mexican missed weight and the bout was cancelled.

THE FUTURE: Young enough and good enough to put the Inoue loss behind him. Likely to secure another opportunity after the dust has settled from the Inoue-Casimero and Oubaali-Donaire title fights. 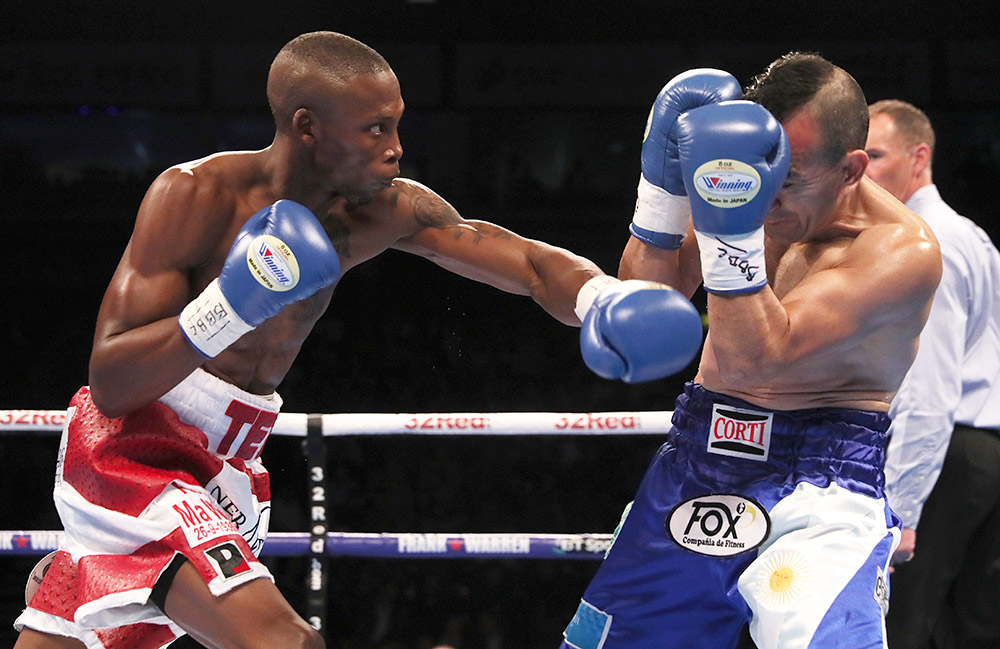 THE PAST: Tete learned from a trio of heartbreaking losses and claimed the IBF junior bantamweight when he beat Teiru Kinoshita (UD 12) in 2014. After one defense, the South African lefty stepped up to bantamweight and became a two-weight world titleholder. Made three defenses, including a decision win over Mikhail Aloyan (UD 12) in the opening round of the WBSS. However, a shoulder injury forced Tete to pull out of the tournament, and he was stopped by Casimero upon his return.

THE FUTURE: Tete will look to position himself for another title run.

THE PAST: Moloney comfortably climbed the rankings and stopped former titleholder Kohei Kono (TKO 6) in 2018. The 29-year-old then took part in the WBSS, and although he lost to Emmanuel Rodriguez (SD 12), the Australian boxer-puncher showed more than enough to suggest that he belongs. Has since won three fights and is ready for another title shot.

THE FUTURE: Moloney is signed with Top Rank and was due to face Joshua Greer in a defacto world title eliminator on April 25. That bout will be rescheduled. 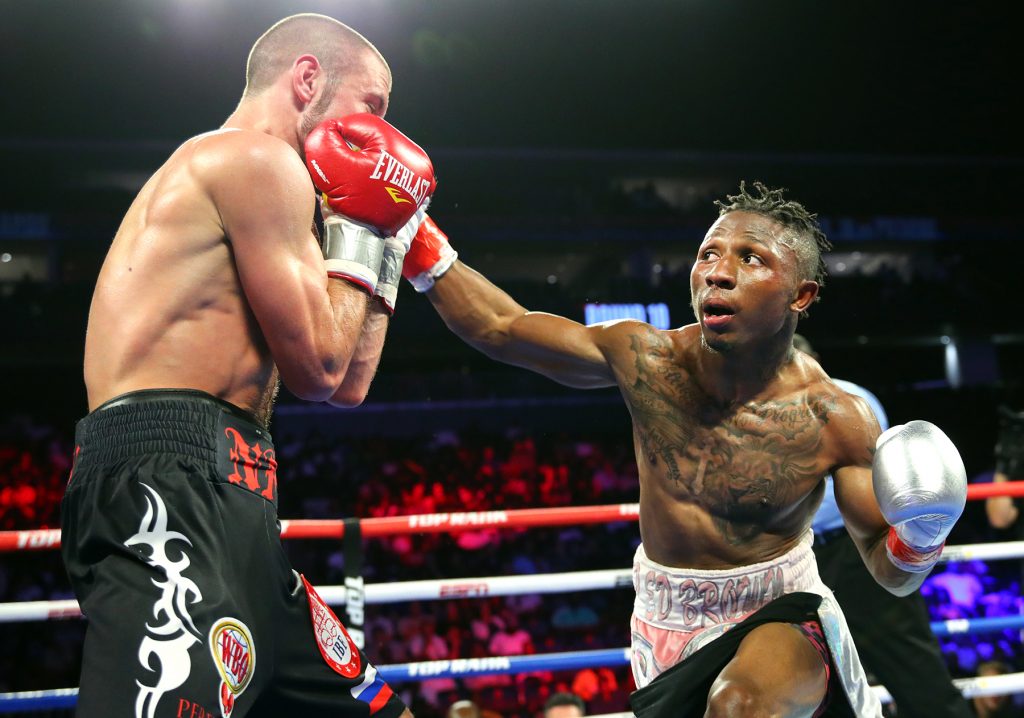 Joshua_Greer (right) on the attack against Nikolai_Potapov. Photo by Mikey Williams/ Top Rank

THE PAST: Greer got his big break when he stopped Glen Dezurn (TKO 8) on ShoBox. That win got the attention of Top Rank, who quickly signed the 25-year-old Chicago resident. Among his five subsequent victories, Greer got off the canvas to knock out Giovanni Escaner (KO 8), edged Nikolai Potapov (MD 12) and got off the floor again to outpoint Antonio Nieves (UD 10).

THE FUTURE: Had been due to face Moloney on the undercard of Inoue-Casimero.

THE PAST: Looking to follow in big brother Naoya’s footsteps but, while talented, he doesn’t have the devastating power of his elder sibling. Won the OPBF junior bantamweight title in just his fifth fight, outpointing the more experienced Mark Anthony Geraldo (UD 12) and made two defenses before stepping up to bantamweight. Outpointed the unbeaten Petch Sor Chitpattana (UD 12) but lost to Oubaali (L UD 12) in a WBC title bout.

THE FUTURE: Has to take a step back and look to gain more experience. 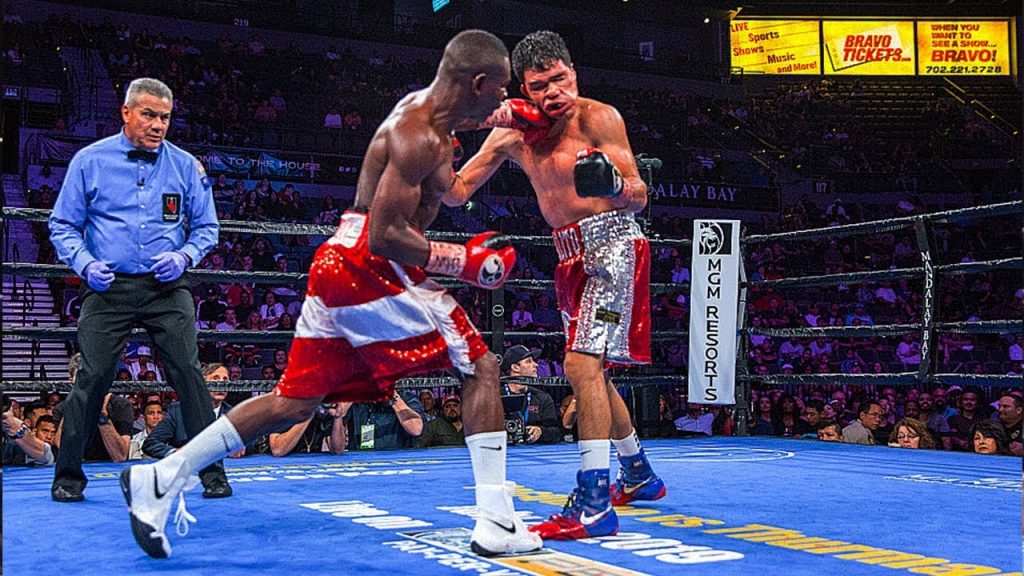 THE PAST: The double Olympic gold medalist is one of the most decorated amateurs of all time. Won the WBA 122-pound title and unified with Donaire (UD 12) to add the WBO belt to his collection. Spent years in boxing wilderness, fighting sparingly, and was eventually stopped in six rounds by then-junior lightweight titleholder Vasiliy Lomachenko. When Rigondeaux returned over a year later he was aligned with Al Haymon’s PBC. Has won three consecutive fights and is now campaigning at 118 pounds.

THE FUTURE: Having collected a secondary belt, he is off the radar of the current champions. Look for him to face a fringe contender once things clear up.

THE PAST: The Los Angeles-based Columbian is a grinder who worked his way up and fought unsuccessfully for the WBC junior featherweight title against Rey Vargas ( UD 12). He went 0-1-2, in a close run series with Joshua Franco (D 12, L SD 12 and D 12). Impressively bested former amateur standout Alberto Melian (UD 10) to advance his status.

THE FUTURE: Won a WBA regional belt and will be keeping his options open.