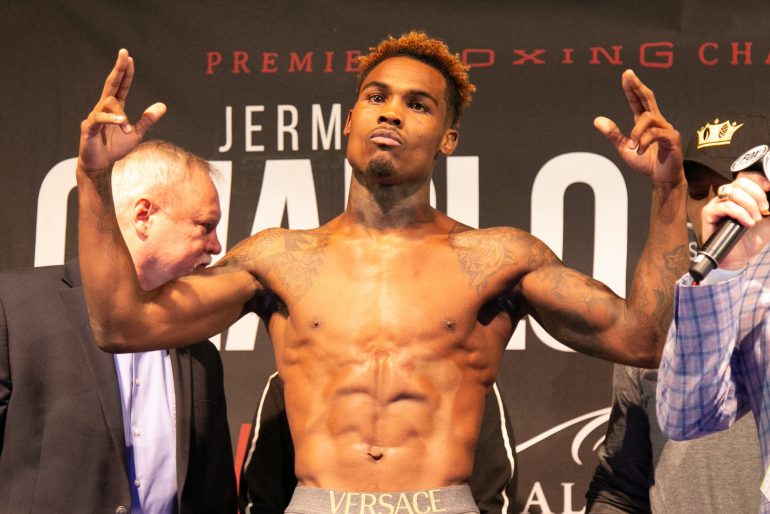 Up next is junior middleweight. As always, please enjoy the debate and respect other people’s opinions.

THE PAST: Charlo beat a host of solid fighters including Gabriel Rosado (UD 10), Vanes Martirosyan (UD 10) and Joachim Alcine (TKO 6) before capturing the vacant WBC title with a come-from-behind knockout against John Jackson (KO 8). Made three defenses – most impressively knocking out Erickson Lubin (KO 1) – but lost his title in controversial fashion to Tony Harrison (UD 12). After one comeback win, he regained the title, struggling at times before knocking Harrison out (KO 11).

THE FUTURE: Disinterested in a trilogy fight with Harrison but would like to face Jeison Rosario in a unification matchup.

THE PAST: The 25-year-old Dominican Republic-born fighter rebounded from a stoppage loss to Nathaniel Gallimore (TKO 6) to beat Justin LeLoach (UD 10), Jamontay Clark (UD 10) and Jorge Cota (SD 10). However, his form didn’t suggest that he’d be a significant test for IBF/ WBA titleholder Julian Williams. But not only did he match up well, he was able to rip the titles from the Philadelphia fighter’s grasp with a stunning fifth-round stoppage. 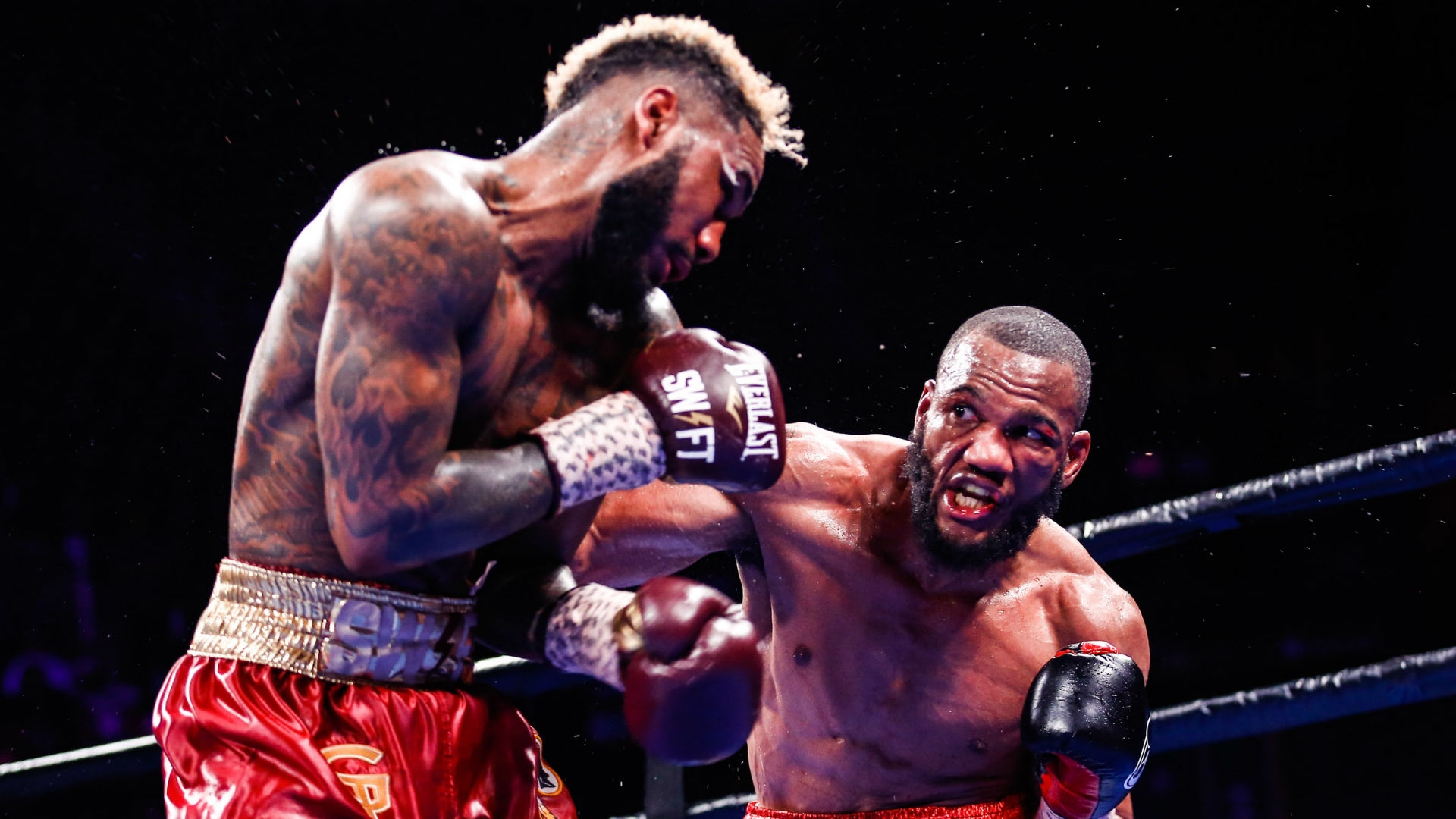 THE PAST: Headed into his first world title fight against Jermall Charlo in good shape but was stopped emphatically in five rounds. Bounced back well with four wins to reposition himself for another shot and upset unified titleholder Jarrett Hurd (UD 12). However, the upset vibe was contagious and “J-Rock” dropped the titles to Rosario in his first defense.

THE FUTURE: Decided against enforcing a contractually obligated rematch with Rosario and will now look to get back in the win column before searching out the return.

THE PAST: Hurd broke free of the pack with back-to-back wins over Frank Galarza (TKO 6), Oscar Molina (TKO 10) and Ionut Dan Ion (TKO 6). Won the vacant IBF title by stopping Harrison (TKO 9) and made three defenses, adding the WBA title at the expense of Erislandy Lara in the process. However, while approaching pound-for-pound contention, Hurd dropped the titles to Williams in a big upset. Upon his comeback, Hurd altered his team and, seemingly, his pressure-puncher style to outbox Francisco Santana (UD 10).

THE FUTURE: Likely to take a stay-busy fight while waiting for the dust to settle.

THE PAST: The Cuban amateur standout would have been a favorite to win Olympic gold in 2008 but defected. Since switching to the professional ranks, he has gone on to be a mainstay in the division for the past decade. The former WBA titleholder holds wins over Austin Trout (UD 12), Vanes Martirosyan (UD 12) and Terrell Gausha (UD 12). Has never been defeated convincingly, giving Paul Williams (L MD 12), Canelo Alvarez (L SD 12) and Jarrett Hurd (L SD 12) all they could handle in narrow defeats.

THE FUTURE: Despite being 37, still a tough out for anyone. Likely to stay busy while waiting for his next big opportunity. 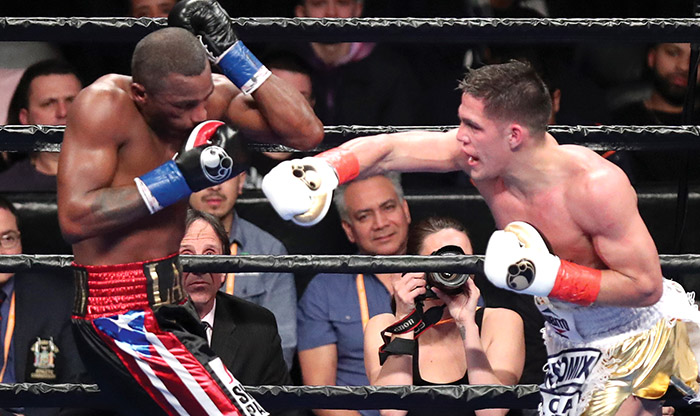 THE PAST: A top amateur before switching to the pros, Castano is an aggressive boxer-puncher who holds wins over Michel Soro (SD 12) and Cedric Vitu (TKO 12) in France. The Argentinean has since drawn with Lara and, last time out, stopped fringe contender Wale Omotoso (TKO 5).

THE FUTURE: Had been due to face WBO titleholder Patrick Teixeira on April 25. Perhaps it will be rescheduled for some time in the coming months.

THE PAST: This skilled boxer-puncher was stopped by Hurd (TKO 9) when he challenged for the vacant IBF title. However, he surprised Charlo by sticking to his game plan and claiming a close and controversial decision. Harrison was stopped in the direct rematch.

THE FUTURE: Likely to have a comeback fight before zeroing in on another title opportunity.

THE PAST: The 32-year-old Frenchman trains with Abel Sanchez in Big Bear and has developed into a tough night for anyone. Holds wins over Glen Tapia (TKO 4), Javier Maciel (TKO 3) and Cedric Vitu (TKO 5).

THE FUTURE: Right now his team seem content for him to fight in France against second-tier opposition for WBA baubles. 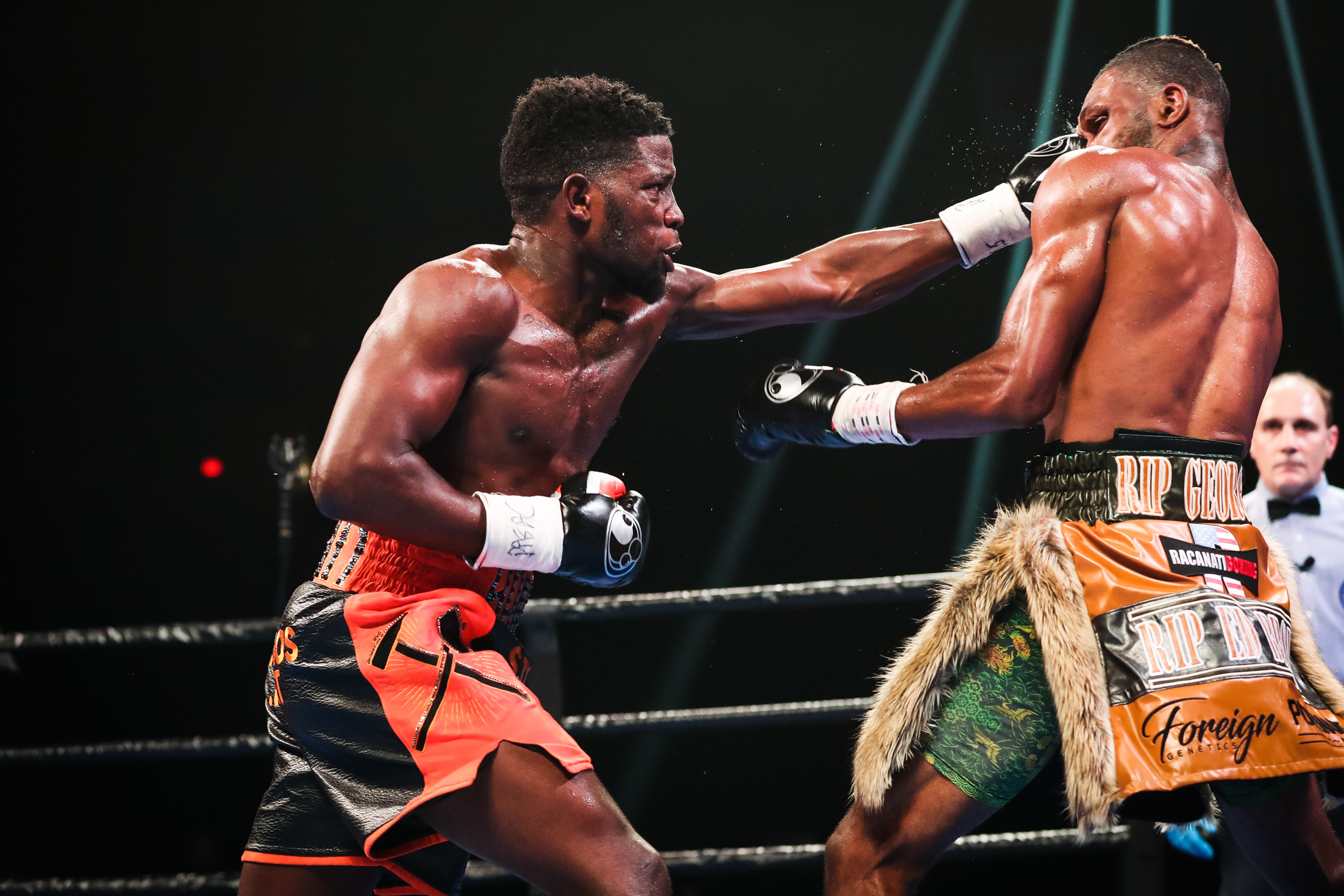 THE PAST: Former amateur star looked on course to represent the U.S. at the 2016 Olympics. However, Lubin turned professional at 18 and while he looked the part during his rise, he was stopped in one round by Jermell Charlo. That may have ruined a lot of fighters but, to his credit, Lubin has raised his game and won four fights.

THE FUTURE: Potential fight with European champion Sergio Garcia to decide who is Charlo’s mandatory challenger.

THE PAST: The Brazilian suffered a bad loss to Curtis Stevens (TKO 2) but learned from that experience and won four fights to earn a shot at the vacant WBO title against Carlos Adames. The two fought on even terms until Teixeira scored a seventh-round knockdown that proved pivotal in the scoring. He ended the fight by split decision to claim the belt.

THE FUTURE: Was to have fought Castano in an intriguing all-South American world title match up. Hopefully, the bout is rescheduled for later this year.