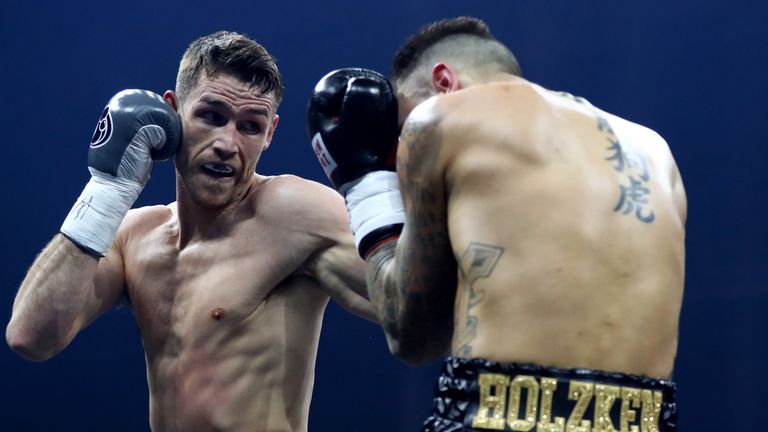 Up next is super middleweight. As always, please enjoy the debate and respect other people’s opinions.

THE PAST: Smith won the British and European titles in impressive fashion and got his big break in the WBSS. He defeated Erik Skoglund (UD 12) and late substitute Nieky Holzken (UD 12) to earn safe passage to the final where he stopped George Groves (KO 7) to become The Ring Magazine champion and WBA titleholder. The 30-year-old has since struggled to capitalize on that momentum, easily defeating the undersized Hassan N’dam N’Jikam (TKO 3) and laboring against John Ryder (UD 12) in subsequent title defenses.

THE FUTURE: Had been in the mix to face Canelo in May but lost out to Saunders before the coronavirus pandemic set in. Needs a big fight at 168 pounds because his days at the weight are numbered. 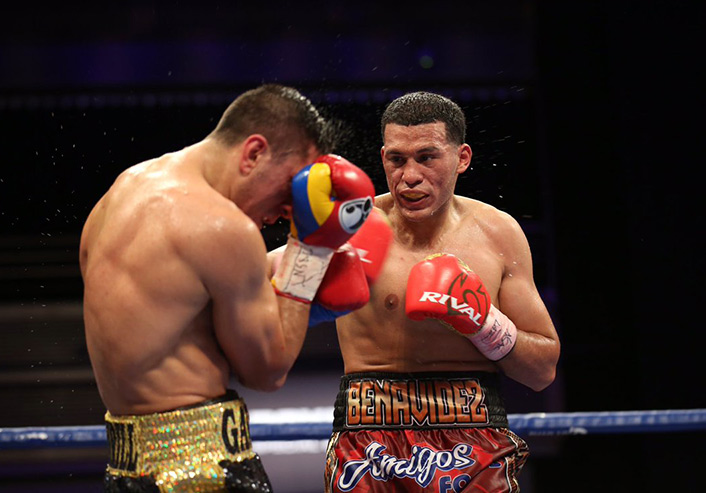 THE PAST: Benavidez is an offensive beast; physically imposing with impressive power. He exhibited those strengths on the way up, but expectations were tapered when he edged past Ronald Gavril (SD 12) to win the WBC title. Benavidez learned from the experience, however, and posted a wide unanimous decision in a direct rematch. Problems arose outside the ring when the 23-year-old was busted for cocaine use and stripped of his title. Returned to action and looked impressive in regaining the belt from Anthony Dirrell (TKO 9).

THE FUTURE: Was due to face Roamer Alexis Angulo in a homecoming defense on April 18 and that bout will likely to be rescheduled in the coming months. Owes mandatory challenger Avni Yildirim a fight, but Benavidez has exchanged words with IBF titleholder Caleb Plant and both sides are eager to unfiy.

THE PAST: Plant was a solid amateur and was an alternate for the 2012 U.S. Olympic team. As a professional, he quietly went about his business until his big moment came against IBF titleholder Jose Uzcategui, who he outpointed in fine style over 12. “Sweethands” has since made two defenses, easily beating Mike Lee (TKO 3) and thrilling his hometown fans by putting on a clinic against Vincent Feigenbutz (TKO 10).

THE FUTURE: Might have to mark time while waiting for the Benavidez unification.

THE PAST: Inspiring cancer survivor defeated Sakio Bika (UD 12) to claim the WBC title but lost it to Badou Jack (MD 12) in his first defense. Stayed in the title hunt with five wins before besting Avni Yildirim (TD 10) for the vacant WBC title that had been stripped from Benavidez. When Benavidez returned to action, he reclaimed the title at Dirrell’s expense.

THE FUTURE: Likely to attempt a rebuild and try for a third world title. However, Dirrell turns 36 this fall and time is running out. 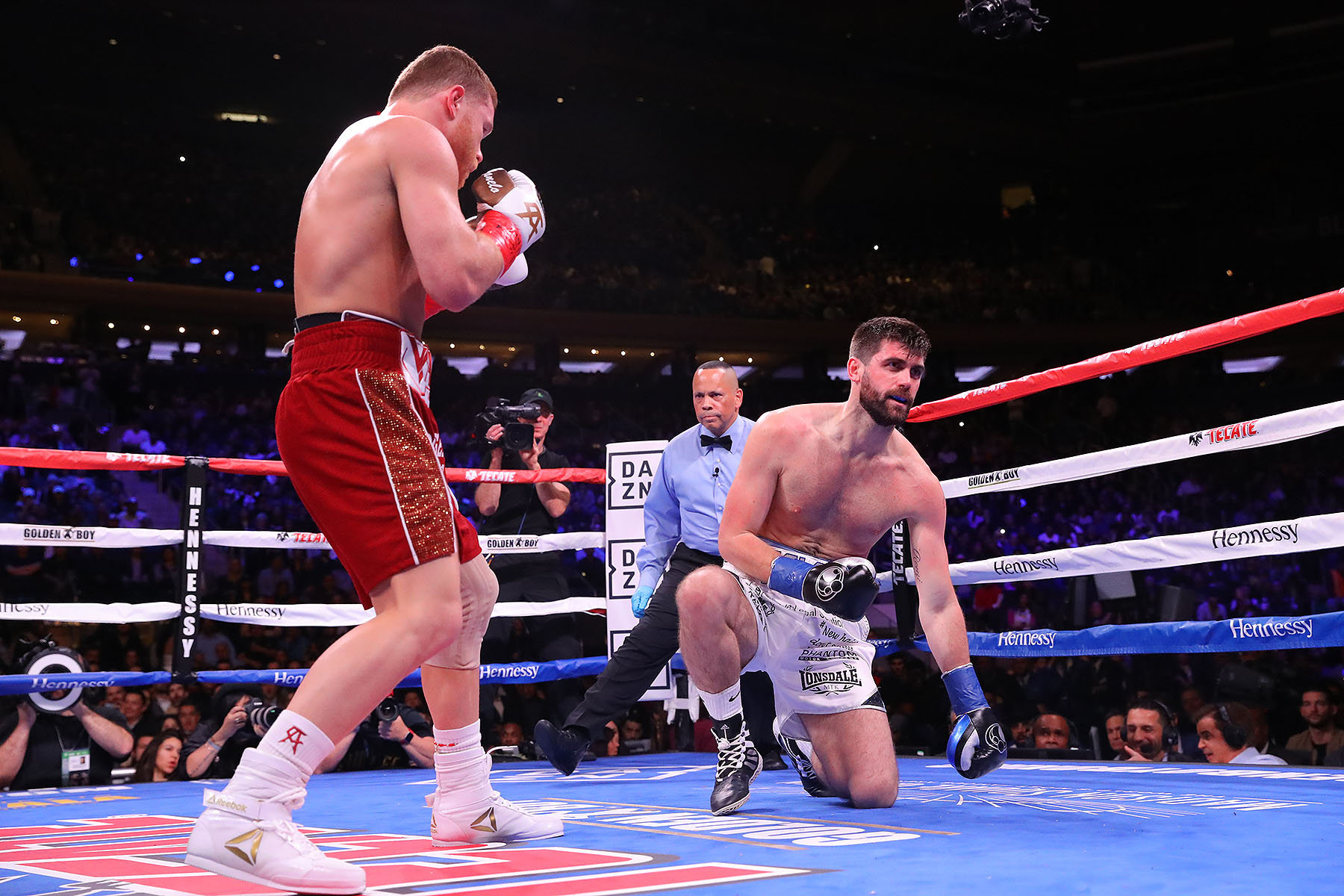 THE PAST: Saunders won the WBO middleweight title by outhustling Andy Lee (MD 12) and made three defenses. He looked ordinary against Artur Akavov (UD 12) and Willie Munroe Jr. but sensational against David Lemiuex (UD 12). The 30-year-old southpaw has since moved to super middleweight, won the vacant WBO title and made one defense.

THE FUTURE: Agreed to face Canelo on May 2. That could still happen or Saunders could turn his attention to an all-British unification with Callum Smith.

THE PAST: Long-time fringe contender looked like cannon fodder for then-IBF titleholder James DeGale but sensationally captured the belt by majority decision. The Minnesota native lost a direct rematch, and while he’s tried stay in contention, Truax looked to be showing signs of wear and tear against unheralded David Basajjamivule (MD 10) last time out.

THE FUTURE: The former titleholder has a good name and could be in line for one more big fight. 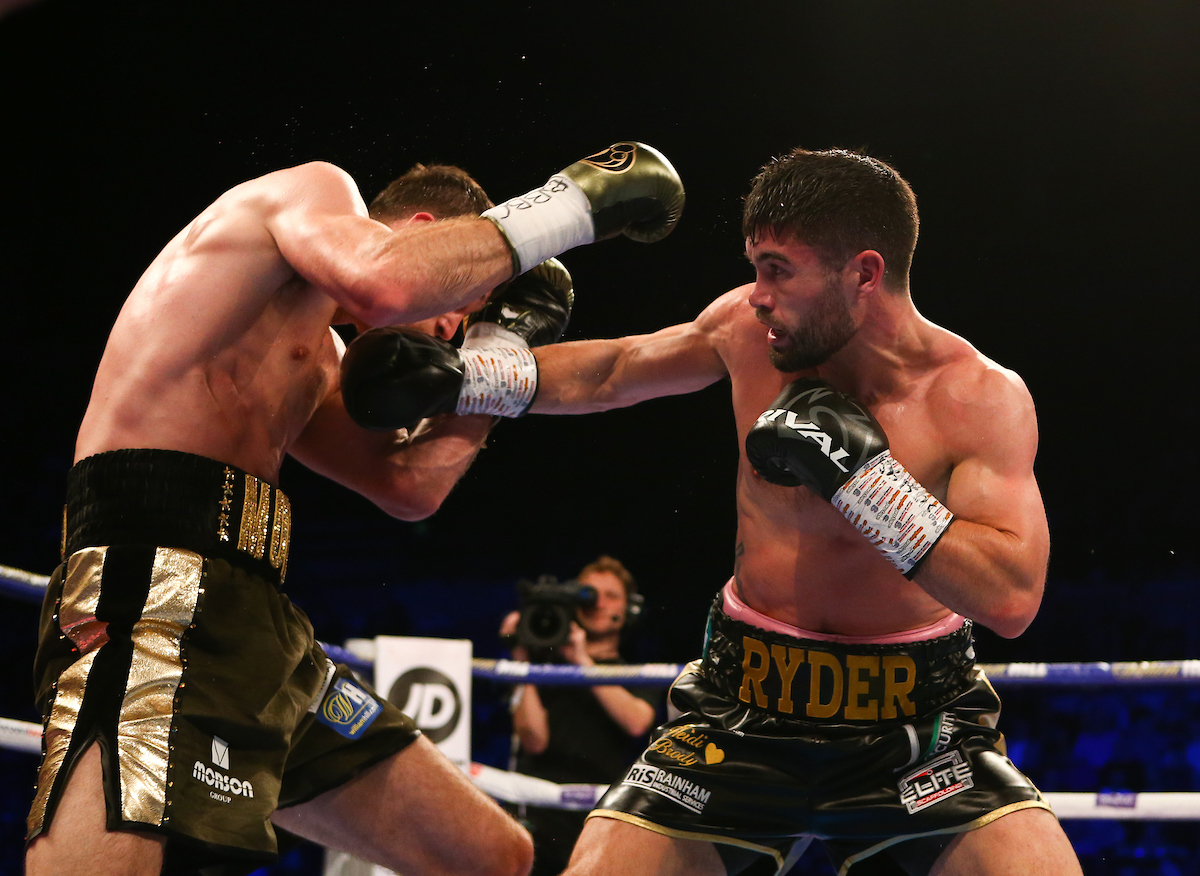 THE PAST: Ryder lost three British title attempts before coming good against Patrick Nielsen (KO 5), Jamie Cox (KO 2) and Bilal Akkawy (TKO 3) to earn a shot at Ring Magazine champion and WBA titleholder Callum Smith. Although he lost a contentious decision, his performance did more for him than any of his wins.

THE FUTURE: Needs to get back to winning ways and look for another big opportunity.

THE PAST: Chudinov came to the fore when he beat Felix Sturm (SD 12) to become the WBA titleholder. He lost on points in a direct rematch rematch, but Sturm failed a post-fight drug test and Chudinov was given back the title. Lost to George Groves (TKO 6) but has rebounded with eight wins, notably beating Ezequiel Maderna (KO 10) and Hassan N’dam N’Jikam (UD 12).

THE FUTURE: Nice unbeaten run could lead to another world title shot.

THE PAST: Had had an up-and-down career at 160 pounds, however, Lemieux won the IBF title and established himself as one of the most exciting power-punchers in world boxing, known for highlight-reel knockouts against Curtis Stevens (KO 3) and Gary O’Sullivan (KO 1) among others. Recently moved up to 168 pounds and won a decision over Maksym Bursak.

THE FUTURE: Still on the chase for a bout against Canelo Alvarez. 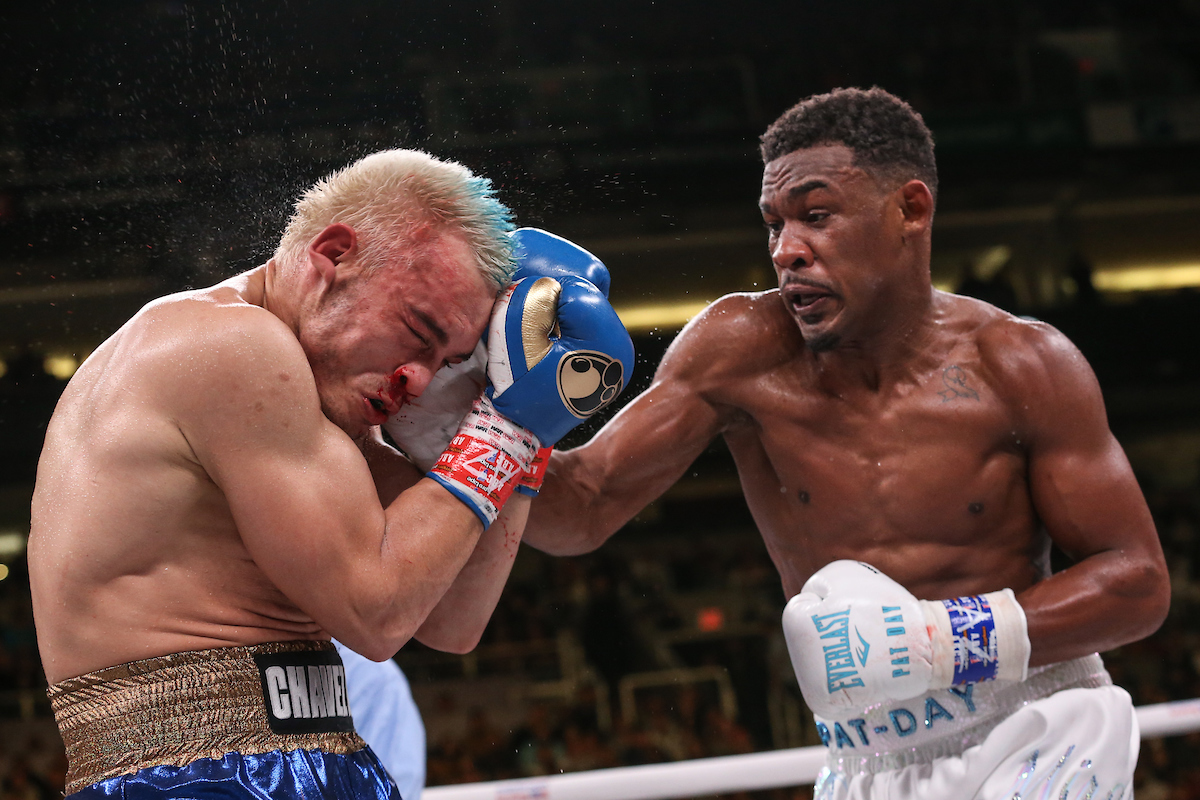 THE PAST: Overcame cancer and almost lived up to his ring moniker of “The Miracle Man” in a gallant losing effort to Gennadiy Golovkin (UD 12). Captured the vacant IBF title at the expense of Sergiy Derevyanchenko (SD 12) but lost it to Canelo Alvarez (UD 12). Has since moved up to super middleweight and easily beat Julio Cesar Chavez (RTD 5).

THE FUTURE: Jacobs wants a title shot, but he may have to stay busy while waiting for promotional stablemates Smith and Saunders.