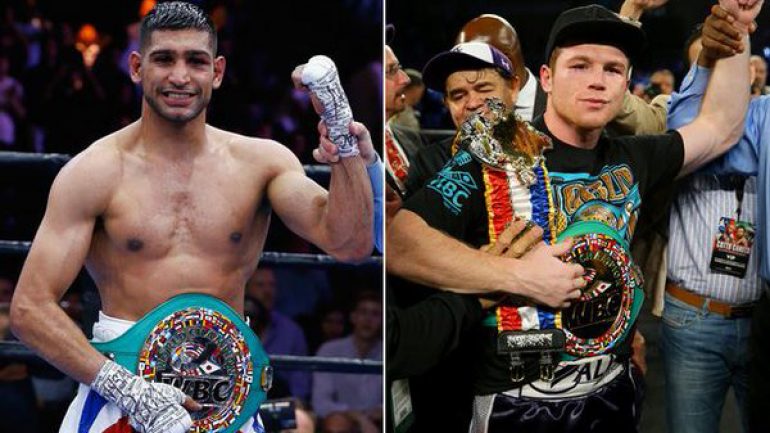 Fans continue their feedback on the Canelo Alvarez-Amir Khan fight (including their anticipation, analysis and criticism of the matchup) and share thoughts on other subjects in this week’s Monday mailbag. 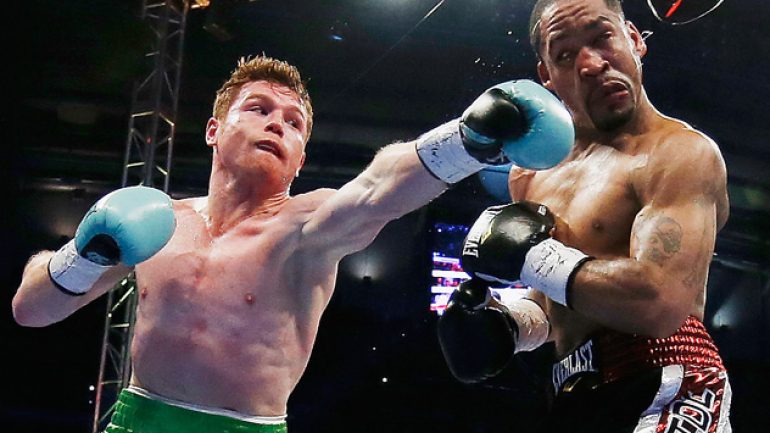 The junior middleweight shootout between Canelo Alvarez and James Kirkland on May 9, brought in a stunning number of viewers on HBO World Championship Boxing with an average viewership of 2,146,000 for the live, first-time airing on HBO and peaked at 2,296,000 viewers, the network announced on Tuesday. 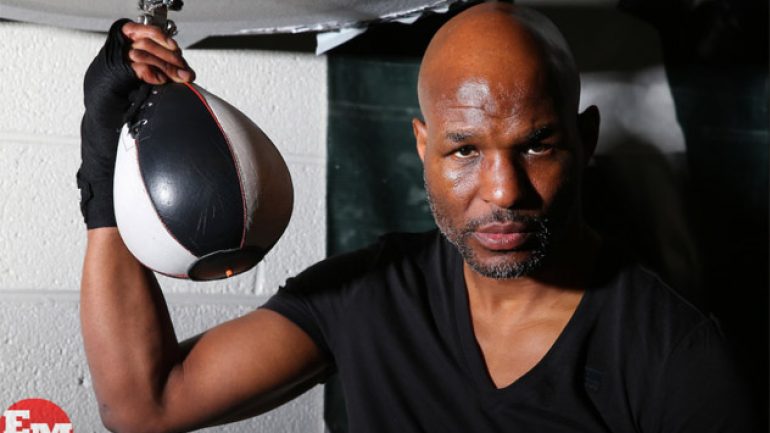 Bernard Hopkins: ‘The chance of Carl Froch beating me is slim to none’

Despite rumors of retirement from the side of former super middleweight titlist Carl Froch, can former undisputed middleweight champion Bernard Hopkins help make one last, big fight for both of them?

Fans from around world the share their thoughts on Canelo Alvarez’s sensational KO of James Kirkland, predict how the young Mexican star would do against Miguel Cotto and Gennady Golovkin, and also share their mythical matchups and opinions on the McDonnell-Kameda and Figueroa-Burns fights in this week’s Monday mailbag. Enjoy! 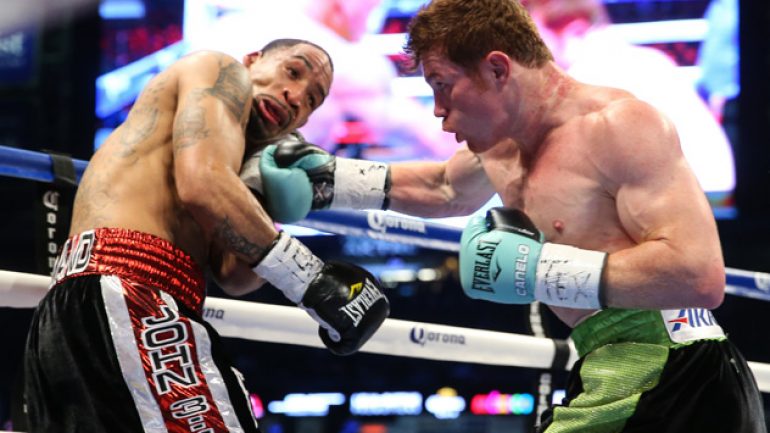 Canelo Alvarez and James Kirkland fought like a couple of guys who should be making nine figures on Saturday, giving the fans a short but memorable war. 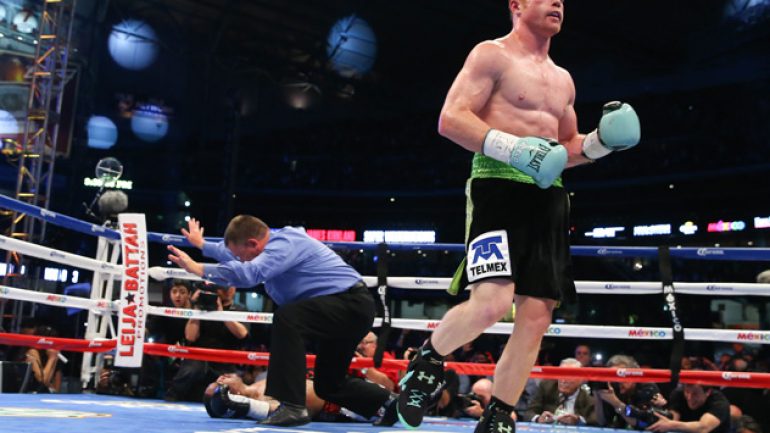 Alvarez thrills fans with explosive KO of Kirkland, is Cotto next?

After the letdown of the Floyd Mayweather Jr.-Manny Pacquiao event, the thrilling manner in which Canelo Alvarez finished Saturday’s shootout with James Kirkland was, to borrow Mexico’s language a few days after its Cinco de Mayo holiday, ┬íPerfecto! 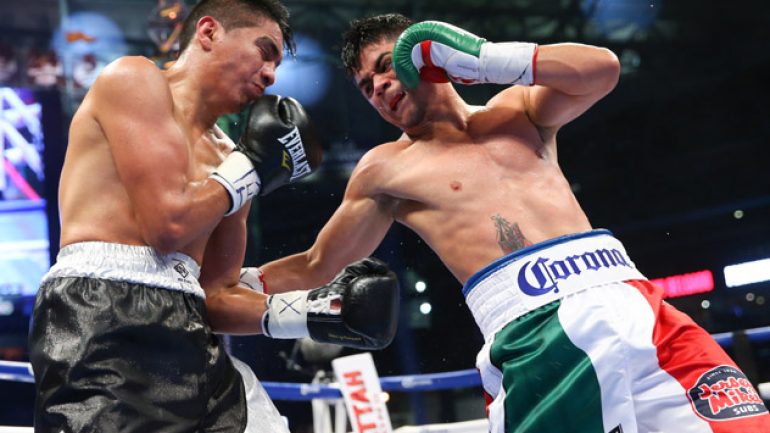 Featherweight Joseph Diaz Jr. won a convincing 10-round unanimous decision over Giovani Delgado in the main supporting bout of the Canelo Alvarez-James Kirkland undercard at Minute Maid Park in Houston. 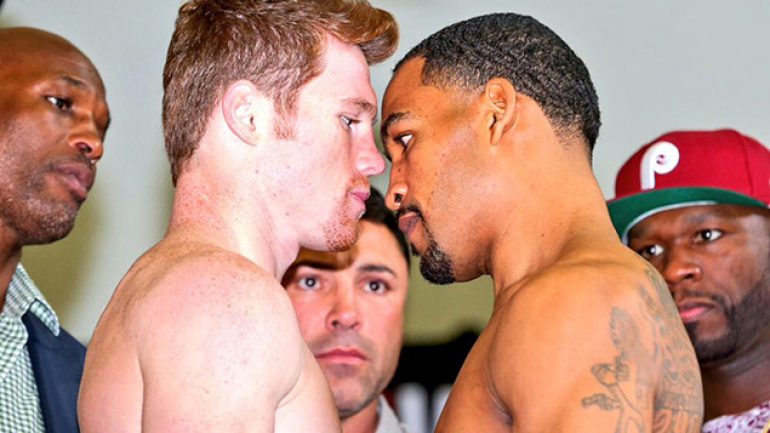 Tonight Canelo Alvarez and James Kirkland meet in a 155-pound catchweight at Minute Maid Park, Houston, Texas. Find out how 20 boxing insiders believe the anticipated fight, which will be televised live on HBO at 9:00 p.m. ET/PT, will play out.

In front of an overflow crowd inside an atrium at Minute Maid Park, Canelo Alvarez (44-1-1, 31 knockouts) and James Kirkland (32-1, 28 KOs) both weighed in at 154.5 pounds, half a pound within the contracted weight of 155 pounds, for their fight on Saturday at the ballpark. 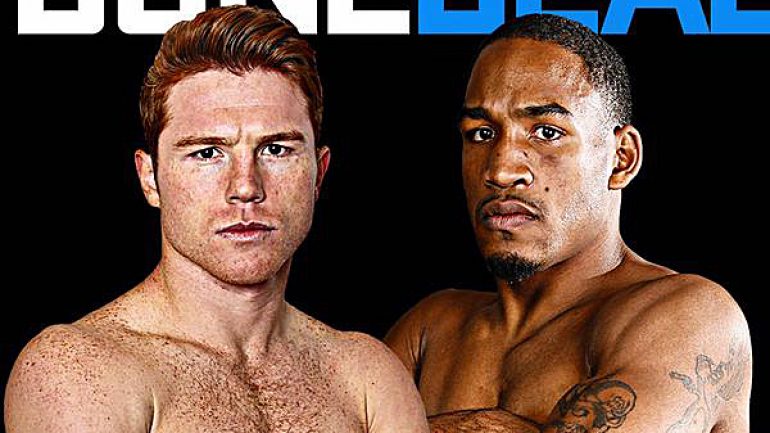