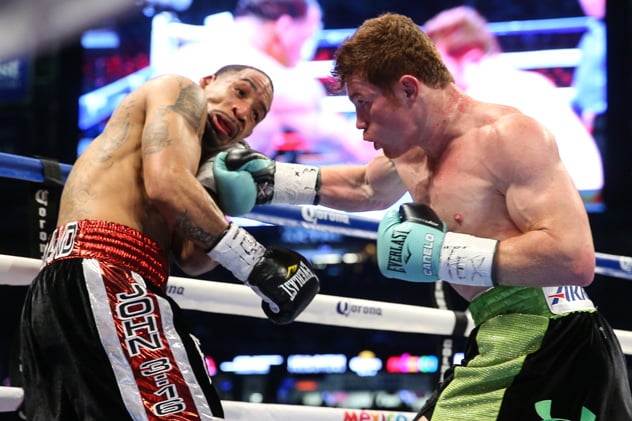 10
May
by Michael Rosenthal 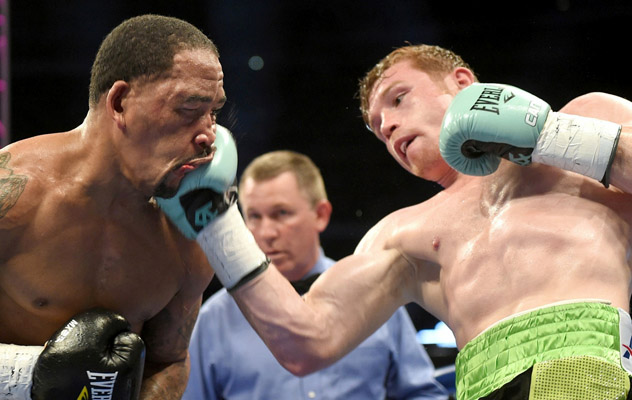 The fans: As one person on Twitter put it, “That’s how it’s done.” Last weekend, we were subject to a superfight that fell as flat as a Jamie Foxx note. Only fans content to see a technical demonstration of the fine points of boxing enjoyed the Floyd Mayweather Jr.-Manny Pacquiao fight. For the rest of us, it was boring. Then, on Saturday, two warriors stepped into the ring at Minute Maid Park in Houston and a real fight broke out. Canelo Alvarez-James Kirkland wasn’t competitive but that’s not the point: It served up non-stop action from beginning to end, the opposite of what we saw on May 2. An old colleague of mine said it well: “Alvarez and Kirkland provided more action in the first 30 seconds than Mayweather and Pacquiao did in 12 rounds.” And fans, so disappointed last weekend, ate it up if the reaction on social media was an indication. Both fighters deserve credit. Alvarez withstood the inevitable early onslaught and quickly broke Kirkland down, putting him down three times before referee Jon Schorle stopped the junior middleweight fight at 2:19 of Round 3. For his part, Kirkland demonstrated an unfathomable chin and inspiring determination; he fought his heart out for as long as he could. This is what most fans want from their fighters, the willingness to take great risks in an effort to take great strides in their careers and entertain the fans in the process. Boxing needed Alvarez-Kirkland badly after the previous fight. I hope a lot of people were watching. 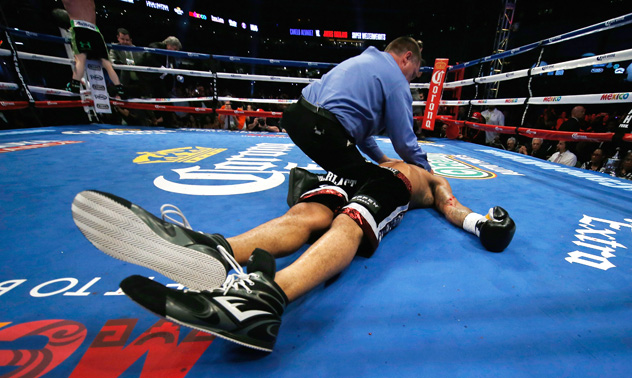 Canelo Alvarez: Alvarez (45-1-1, 32 knockouts) was just too good for Kirkland. The Mexican star, who is only 24, maintained his poise when Kirkland jumped on him from the opening bell and patiently waited for his opening. And when it presented itself, well, it was the beginning of the end for the reckless aggressor. A powerful straight right sent Kirkland to the canvas midway through Round 1, during which Kirkland absorbed too many more punishing shots. The beating continued in Round 2 even as Kirkland bravely fought back. And, in Round 3, a vicious right uppercut twisted Kirkland’s head and put him down again. Then, finally, another right sent Kirkland crashing to the canvas in an altered state and one of the most exciting fights in recent memory was over. I don’t think we should make too much of the victory in one sense: Kirkland is fun to watch and a threat to anyone because of his power and will but he isn’t a complete fighter, which Alvarez so dramatically made clear. However, Alvarez’s performance was an enormous success in terms of marketing. Scintillating knockout victories like the one he gave us on Saturday are what legends are built on. And it beautifully sets up what might be his next fight: RING middleweight champion Miguel Cotto before the end of the year if Cotto beats Daniel Geale. That matchup has always been big, as Mexico vs. Puerto Rico always stirs the masses. It’s even bigger now. Who wins? I’ll say it again: I believe Cotto is an illusion. Victories over Delvin Rodriguez and a crippled Sergio Martinez were blown out of proportion. Alvarez certainly will have a tougher time against a complete fighter like Cotto than he did against Kirkland. This is Canelo’s time, though. I think he overpowers Cotto to take another important step in his young career. 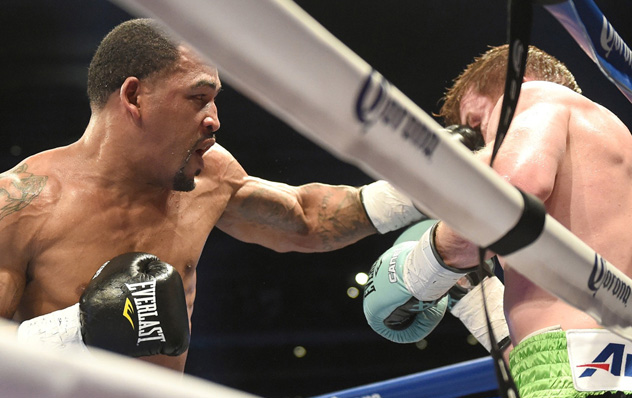 James Kirkland: It’s not often that a fighter who gets his ass kicked improves his stock in any way. That might be the case with Kirkland (32-2, 28 KOs) as a result of his effort against Alvarez, though. I think the experts will take him less seriously as a title contender; in the end, he was outclassed by Alvarez. And I don’t think the presence of trainer Ann Wolfe would’ve made any difference. However, allow me to ask this: Who won’t want to see him fight again after what we witnessed on Saturday? The answer is obvious: no one. Kirkland might not be particularly skillful but he brings infectious fire to the ring, attacking his opponents in a thrilling, you-or-me manner that sets him apart from all other fighters and makes fans smile. Sometimes he’ll win; I’m thinking of his wild knockout of Alfredo Angulo in 2011. And sometimes he’ll lose. He’ll always give the fans a good show, though. I don’t know how many more fights the Texan has in him, given his self-destructive decisions outside the ring, his fighting style and the punishment he takes, but everyone would agree that it will be a fun ride as long as it lasts.

Alvarez wasn’t the only fighter to turn in a spectacular knockout this week. WBA junior lightweight titleholder Takashi Uchiyama (23-0-1, 19 KOs) rendered Jomthong Chuwatana (9-1, 4 KOs) unconscious for several minutes with a single, devastating right hand Wednesday in Tokyo. Very dramatic. ÔÇª Felix Sturm (39-5-3, 18 KOs) might be finished as an elite fighter. The four-time middleweight champ from Germany lost a split decision to Fedor Chudinov (13-0, 10 KOs) on Saturday in Frankfurt. Sturm, 36, is now 0-2-1 in his last three fights and hasn’t won a fight since 2013. ÔÇª Olympic super heavyweight champion Anthony Joshua (12-0, 12 KOs) stopped an overmatched Raphael Zumbano Love (36-11-1, 29 KOs) on Saturday in Birmingham, England. Next up is veteran Kevin Johnson (29-6-1, 14 KOs) on May 30 in London. The American should be outclassed but he has never been stopped, even against the likes of Vitali Klitschko and Tyson Fury. It will be interesting to see what happens. ÔÇª Frankie Gomez (18-0, 13 KOs) has the ability but, it once again seems, not the discipline. The junior welterweight was scheduled to face veteran Humberto Soto on the Alvarez-Kirkland card but failed to make weight and the fight was canceled. Gomez was 6¾ pounds over the contracted weight of 141. It isn’t too late for Gomez, who is only 23, but he needs to get his act together once and for all.