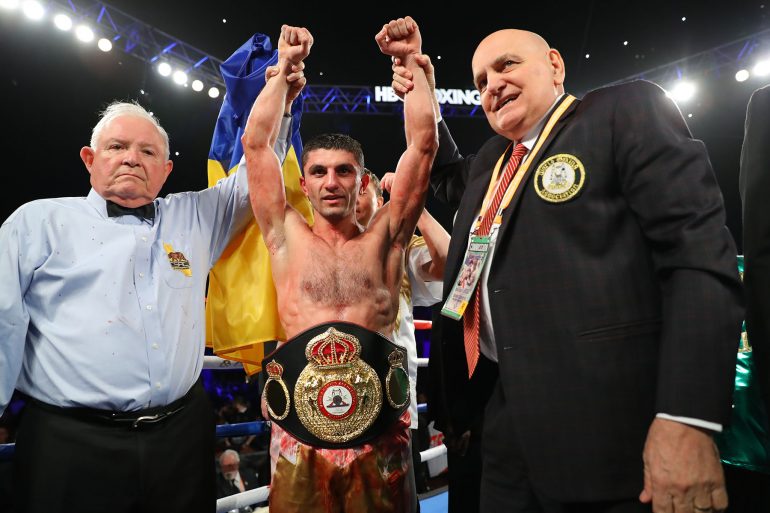 Flyweight titleholder Artem Dalakian will defend his WBA title against David Jimenez in England on January 28, The Ring has been informed.

It was not known where in England the fight will take place, but interestingly it is tabbed for the same date as Artur Beterbiev putting his IBF, WBC and WBO light heavyweight titles on the line against Anthony Yarde in London. It’s possible Dalakian-Jimenez could appear on the undercard.

Dalakian (21-0, 15 knockouts), who is rated No. 3 by The Ring at 112 pounds, quietly went about his business in Ukraine before coming to the U.S. and impressively beating Brian Viloria (UD 12) for the vacant title in February 2018.

The 35-year-old has since made five defenses, all in the Ukraine, against mid-level opposition. His activity has been badly hit by COVID and the war in his homeland.

Jimenez (12-0, 9 KOs), who is rated No. 6, fought internationally for Costa Rica before turning professional in early 2019. The 30-year-old has been able to move relatively quickly.

However, he drew acclaim for his recent win over Ricardo Sandoval (MD 12) in a WBA title eliminator, in which he scored an 11th-round knockdown that made the difference.