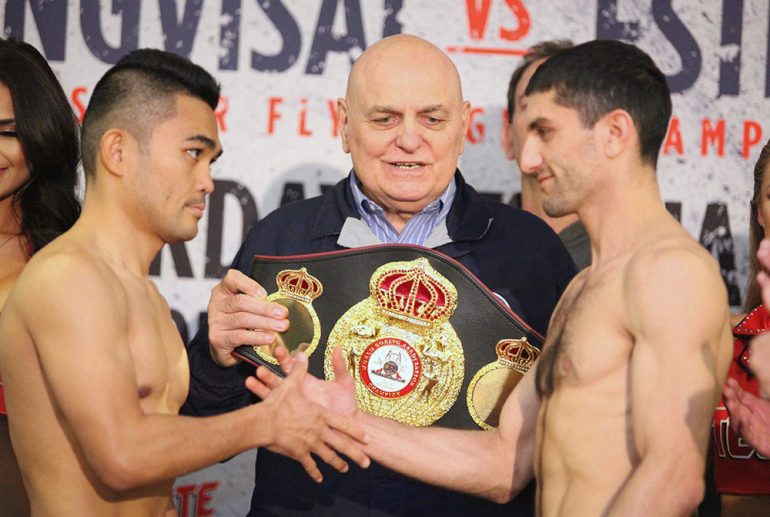 INGLEWOOD, California – Artem Dalakian made Brian Viloria feel his age and many years in the sport with a frustrating blend of skill, athleticism, lateral movement and accurate punching from odd angles on Saturday at The Forum.

Dalakian (16-0, 11 knockouts), a 30-year-old flyweight standout from Ukraine, outclassed and outpointed the 37-year-old veteran by unanimous scores of 118-109 on the Srisaket Sor Rungvisai-Juan Estrada undercard, earning the vacant WBA title.

Viloria (38-6, 22 KOs), a former four-time titleholder in two weight classes who was on the 2000 U.S. Olympic team, started briskly but soon found the taller, rangier and more mobile fighter hard to get close to, let alone hit with clean power shots. Dalakian, on the other hand, had little trouble finding the older fighter with single power shots to the head and body.

Viloria, who stalked the Ukrainian during the first half of the bout, had his moments, including a right hand that appeared to buzz or knock Dalakian off balance in Round 5, but he couldn’t keep the younger, fresher man from taking over the bout down the stretch.

Dalakian stepped up his aggression and outworked Viloria with combination punching in the late rounds, and appeared to hurt the veteran in Round 11 (producing a nasty bleeding gash on Viloria’s forehead with his elbow).

Dalakian got back on his bicycle for the final round as Viloria, his faced completely covered in blood, boldly stalked him to the bell.

“(Dalakian was a) real tough guy,” Viloria said. “He kept his distance. I was never able to get inside like I wanted to. It was just a tough fight.”

Said Dalakian: “I’m very proud to be a new world champion from Ukraine, home of many world champions. I was in control the whole fight, I knew I was hurting him. I want to stay at this weight and fight as many other titleholders as possible.”