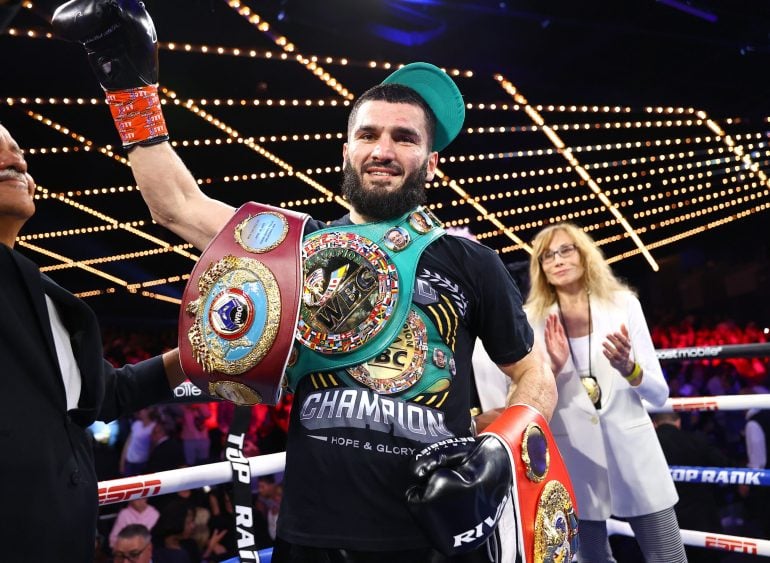 It looks like the clash between unified light heavyweight titleholder Artur Beterbiev and challenger Anthony Yarde finally has a date.

Promoter Frank Warren, who represents Yarde, stated Monday that the fight will take place on January 28 in London.

However, before Yarde challenges Beterbiev for the WBC, IBF and WBO titles, he will fight an opponent to be determined on the same November 19 Queensberry Promotions card featuring super middleweight contender Zach Parker

“Anthony is going to fight on the same card as Zach,” said Warren in an IFL TV interview. “And then he’ll have the fight for the three titles and that’ll be on the 28th of January, next year.

“He (Yarde) has not had a fight in 12 months now, so he needs to get some ring rust out of his system.”

The fight between Beterbiev (18-0, 18 knockouts) and Yarde was originally scheduled for late October, but was postponed after Beterbiev reportedly suffered an injury during training camp in mid-August.

Yarde was in attendance inside The Hulu Theatre at Madison Square Garden and watched Beterbiev batter his opponent to defeat inside two rounds.

The 31-year-old Yarde (22-2, 21 KOs) has not fought since knocking out Lyndon Arthur in the fourth round on December 4. He has won his last two fights since losing by split decision to Arthur in December 2020.

The fight between Beterbiev and Yarde will be a clash of Ring-rated light heavyweights. They are rated No. 2 and No. 8, respectively.

The fight will likely air on an ESPN platform in the U.S. Beterbiev is promoted by Top Rank, which has an exclusive deal with the broadcaster.