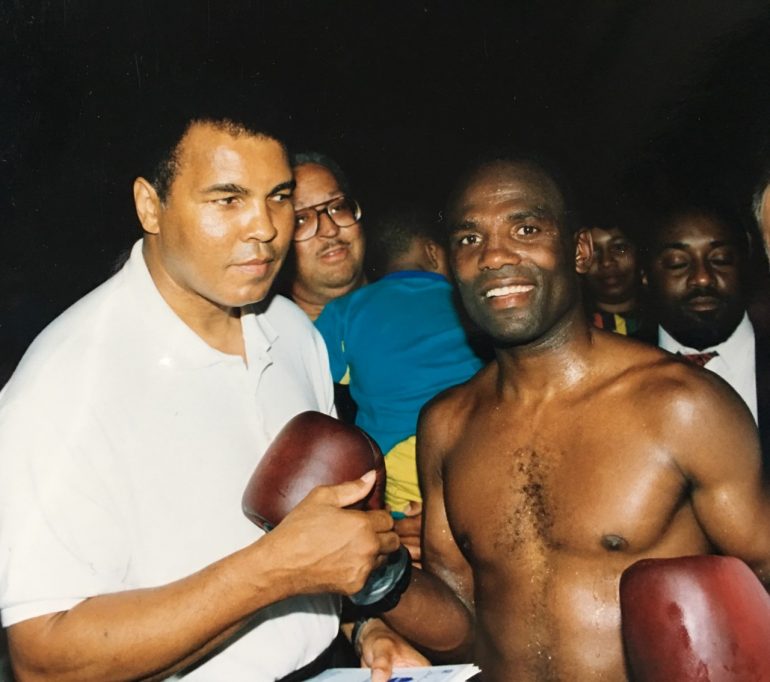 Brazier was born in South Bend, Indiana, the third oldest of 14 children, on October 22, 1955. His father worked at an automobile repair shop while his mother looked after the family.

“We were poor but we didn’t know we were poor because everybody in the neighborhood was poor,” Brazier told The Ring. “We had a big family and were close knit. We had fun, played like normal kids, went to school.”

When Brazier was 19, he took up karate and become a black belt. When he was 24, he saw boxing on television and decided to give it a go.

“I found a local gym and joined and started boxing,” he said. “It turned out a lot harder than it is on T.V. [laughs].”

Brazier had a modest amateur career, going 19-12. He decided to turn professional in May 1982, at the more advanced age of 26.

His amateur coach pointed him in the direction of Chris McIntosh, who helped him before he started to work with Pete Susens. The two remained together for the rest of Brazier’s career. 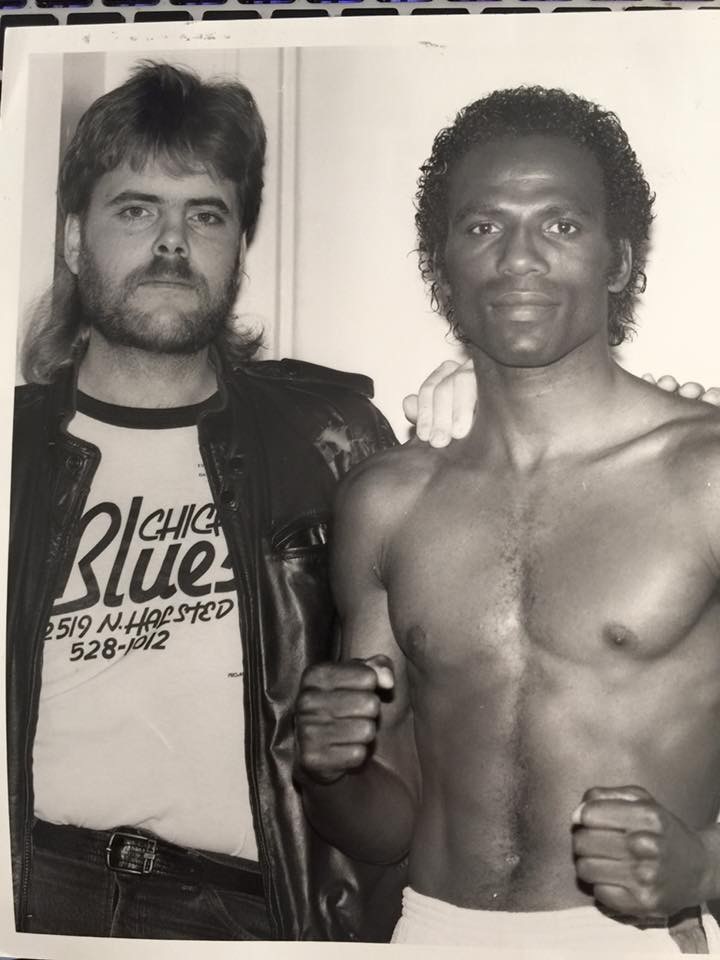 Brazier went 15-4, (9 knockouts) over the first 17 months of his career and was offered a fight with rising British star Lloyd Honeyghan in London in October 1983.

“I was outside my comfort zone,” he said of his first fight overseas. “I went in and did the best I could. I was supposed to be another notch on his belt, an opponent for him to knockout, but I went 10 rounds with him.”

It was a valuable learning experience for Brazier, who rebounded to win the Indiana State title and upset former world title challenger Charlie “White Lightning” Brown. In March of 1985, Brazier went on a 20-fight win streak, fighting several times on ESPN to earn a fight with burgeoning star Meldrick Taylor. The 1984 Olympic gold medalist outpointed Brazier over 10 rounds in May 1986.

Although Brazier saw his winning run come to an end, he went on to win the NABF 140-pound title, scoring an impressive rematch win over Brian Baronet (TKO 10), besting John Wesley Meekins (UD 12) in another rematch and stopping Robin Blake (TKO 9) to earn a world title opportunity against WBC beltholder Roger Mayweather in June 1988.

Brazier gave Mayweather all he could handle but wasn’t able to secure the victory.

“I really trained hard for Roger Mayweather,” Brazier said. “I had him going and over-endured myself trying to knock him out. I had him hurt several times throughout the fight but I couldn’t finish him off.

“There was more money for him to fight [Julio Cesar] Chavez than me.He had knocked out six Mexican fighters, he had been labeled the ‘Mexican Assassin.’ They were building up a big fight with him and Chavez.”

“Nobody knew much about Juan Coggi but he was a hard-punching southpaw,” he said. “During the fight, I was behind and I tried to take it too him and got caught with a straight left hand and dropped me in the 10th round. I finished the fight but lost on points.”

Throughout his career, Brazier liked to stay active and, after several low key wins, he met Livingstone Bramble and was stopped in extenuating circumstances for the first time in 74 fights. 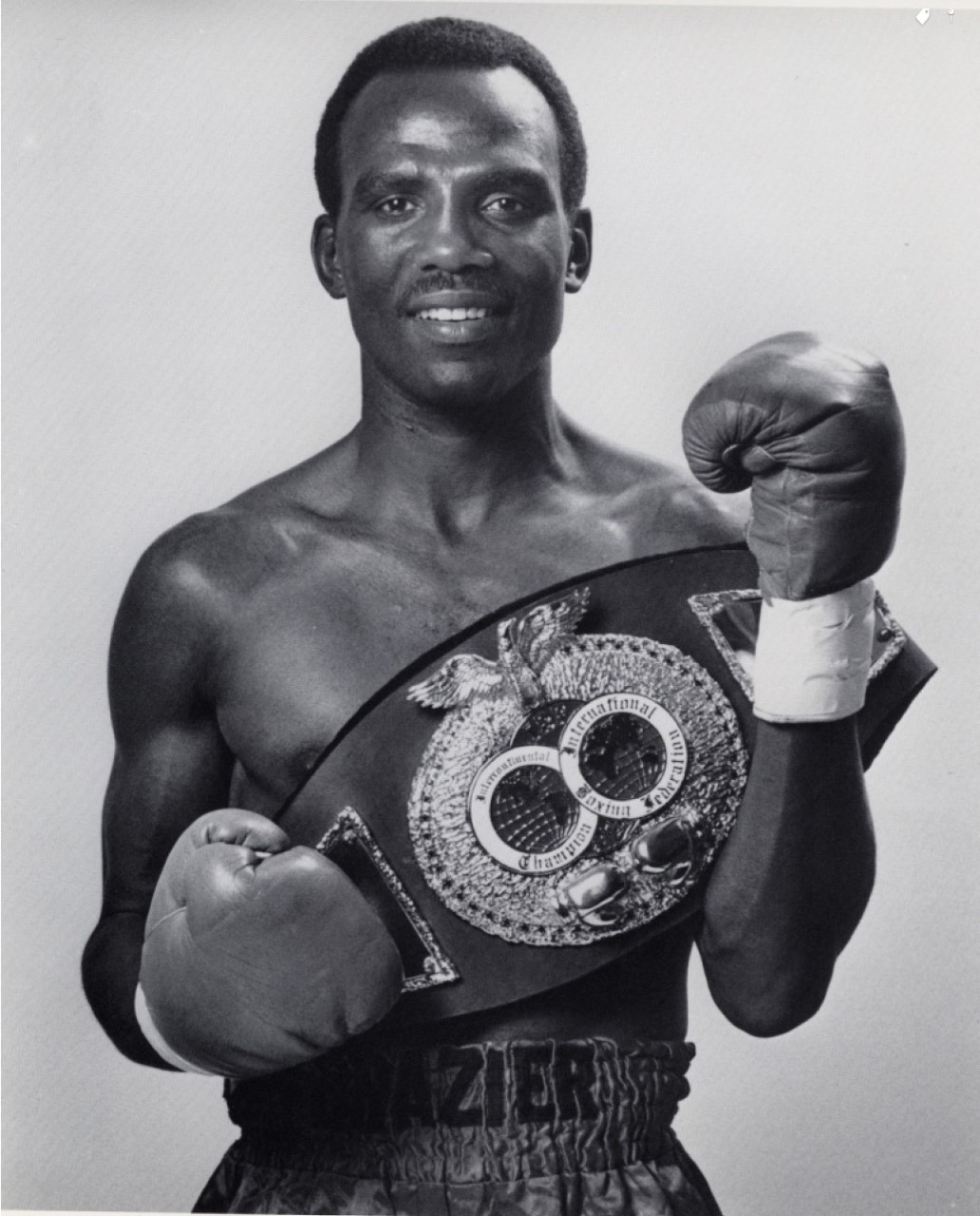 “When I got dropped against Coggi, I twisted his shoulder,” he explained. “I had the skills over the regular opponents but right away, when he saw my left arm was down – I couldn’t pick it up to protect myself.”

In August 1990, Brazier took a stay busy fight in Tulsa, Oklahoma. He drove the 750 miles only to arrive and find out the opponent had dropped out.

Brazier was asked if he wanted to face welterweight Buck Smith over six rounds in a no-decision bout. The Indiana native said he hoped to box more rounds and went back and forth with Smith and, after some one-upmanship, the two agreed to 15 rounds and each earned $500. Little did anyone know it would be the last 15-round fight in the America.

In January 1992, Brazier was chosen as Pernell Whitaker’s first opponent at 140 pounds. Though, like many others, it was a tough night but one he will always remember.

“I felt awkward, off-balance the whole fight,” he explained. “I didn’t even watch the fight for 10 years. I felt so terrible during the fight because I couldn’t score, then I watched the fight 10 years later and saw I did really well. He outscored me but it wasn’t a whitewash.”

The gatekeeper fought on for much of the 1990s, winning some and losing when he stepped up before retiring in June 1998.

However, five-years later, Brazier returned for three fights. The long-time contender walked away for good with a record of 105-18-1 (65 knockouts).

“I was really blessed to go as long as I did,” he said proudly. “To have the fights I did, the traveling, the experiences and the education I got in life from boxing was tremendous.”

Brazier, now 65, has been married for 40 years and has five children and nine grandchildren. He still lives in South Bend.

After retiring from boxing, Brazier sold cars. In January 2017, he opened a portable exercise program with his son, called Brazier Fit Boxing, which they run six days a week.

BEST JAB
Roger Mayweather: He had long arms; he was a pure boxer. Roger set everything up off his jab. It was very distracting; he kept it out there just to bother you so he could set up that big right hand.

BEST DEFENSE
Pernell Whitaker: He had the best defense and was the quickest, as far as moving his body and moving his head. It was difficult to land anything clean on him.

BEST HANDSPEED
Meldrick Taylor: He threw punches so fast and you still couldn’t hit him. He had great defense and super-fast hands. Pernell was quick but not as fast as Meldrick. Pernell Whitaker had great timing.

BEST FOOTWORK
Whitaker: Overall Pernell Whitaker was, pound-for-pound, one of the best fighters in the world. Being a southpaw, everything came the opposite way. He could step in and step really well, keep you off-balance in the process.

SMARTEST
Whitaker: The smartest and slickest was Pernell Whitaker. He watched the punches coming and reacted to everything you did. He knew your fight plan even before you started. He’d make you miss and make you fall over yourself. He couldn’t make you pay because he didn’t hit that hard; he can outscore you.

BEST PUNCHER
Meekins: I got knocked down by Robin Blake, Juan Coggi and Livingstone Bramble. Those were the three knockdowns in my career. When I got stopped, it was by Livingstone Bramble and I was coming off a shoulder injury when I fought Juan Coggi. I fought too soon and I wasn’t healed all the way and he caught me. In my last fight, the guy [Jose Leo Moreno] wasn’t a big puncher but because I was 48 years old, they stopped it because they thought I would get overwhelmed. He wasn’t a hard puncher. The hardest puncher who hurt me in the ring was John Meekins. He was like a mini-Mike Tyson for my weight division. Every time he punched, I could feel his power. You don’t feel the pain because of the adrenaline is so high.

BEST BOXING SKILLS
Whitaker: Roger Mayweather, Pernell Whitaker were great boxers, Micky Ward. Robin Blake was a tall boxer-puncher. It has to be Pernell Whitaker. He fought one of the greatest fighters of this era; he fought Julio Cesar Chavez and drew in a fight he dominated; that’s how good he was.

BEST OVERALL
Whitaker: Roger Mayweather, Vince Phillips, Pernell Whitaker. [Whitaker] just didn’t have the punch; other guys could hit harder. He made up for it with skills and hand speed. He was the best.