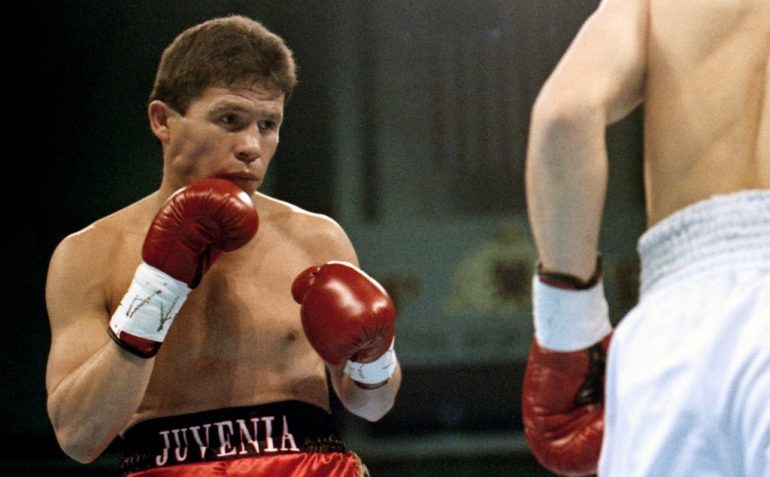 Photo from The Ring archive
17
Mar
by Anson Wainwright

Julio Cesar Chavez was one of the best fighters ever from Mexico. When he was active, “El Gran Campeon” was revered in his homeland to such an extent that 132,000 people showed up to one of his title defenses.

Chavez, known for his debilitating left hook to the liver, iron will and granite chin, won seven world titles in three weight classes and went unbeaten in his first 90 bouts.

He won his first world title by stopping Mario Martinez in eight rounds for the vacant WBC junior lightweight title in 1984 and made nine successful defenses over the next three years.

But it was when he stepped up to lightweight that he feels his star grew exponentially. He said his 11th-round knockout of Puerto Rican power-puncher Edwin Rosario for the WBA belt in 1987 was his finest performance.

“I had a lot of great fights where at the end of the night I made it look easy,” he said, “but if we’re going to look at one fight that shot me to another level, it was the Edwin Rosario fight.”

Chavez added the WBC 135-pound title in a unification bout by outpointing countryman Jose Luis Ramirez in 1988 before moving up to junior welterweight, where he would stop Roger Mayweather in 10 rounds to win the WBC belt.

Chavez thrived at 140, reigning for 4½ years and making 12 successful title defenses. It was during that period, in 1990, that he added the IBF title by famously stopping Meldrick Taylor with two seconds remaining in a fight he was losing. 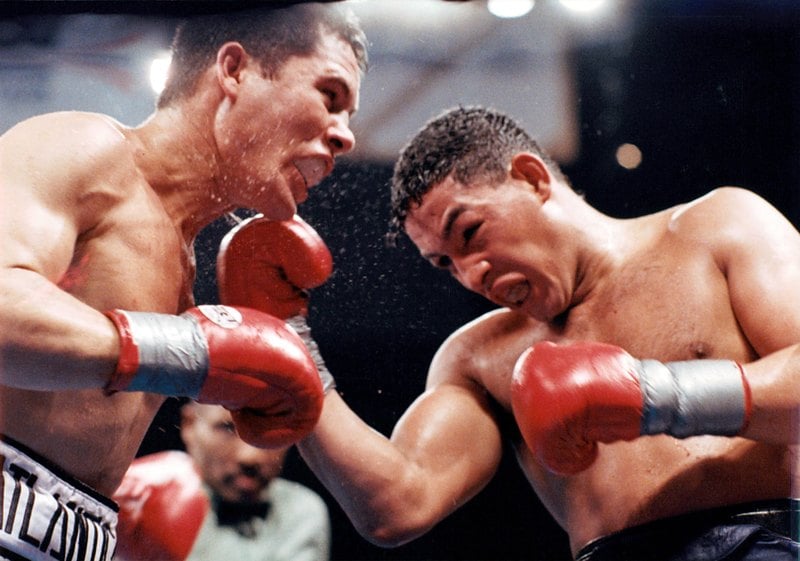 Chavez would also beat the likes of Hector Camacho, Greg Haugen and Terence Alli before facing a monumental challenge in Pernell Whitaker in 1993 for the WBC welterweight title and pound-for-pound bragging rights before a pro-Chavez crowd at the Alamodome in San Antonio, Texas. Most believed Whitaker won the fight, but Chavez escaped with a draw.

That wasn’t the case the following year when Chavez took on Frankie Randall, who dropped the great champion and handed him his first defeat, by a split decision. Chavez won a technical decision four months later to regain his crown and stopped Taylor in eight rounds four months after that.

That was in effect Chavez’s last hurrah. He was stopped in four rounds by a young Oscar De La Hoya in 1996 in a passing-of-the-torch fight and would fall four more times – against De La Hoya again at welterweight, Willy Wise, Kostya Tszyu and Grover Wiley – before calling it quits.

In the end, Chavez (107-6-2, 86 KOs) fought the best fighters at and around his weight yet compiled one of the most remarkable records in boxing history. He took part in 37 world title fights, more than any other man in history.

“In my day I fought against the best,” he said “I can’t say I wish I had fought Sugar Ray Leonard because he was way above my weight class or Roberto Duran because they were just way above me in weight. I think in my career I took on the best and beat them all.

“I think my greatest achievement is getting to 90 [fights) as an undefeated fighter. I believe that of all the things I’ve done the fact I could withstand 13 years of the best challenges, that’s my great accomplishment.” 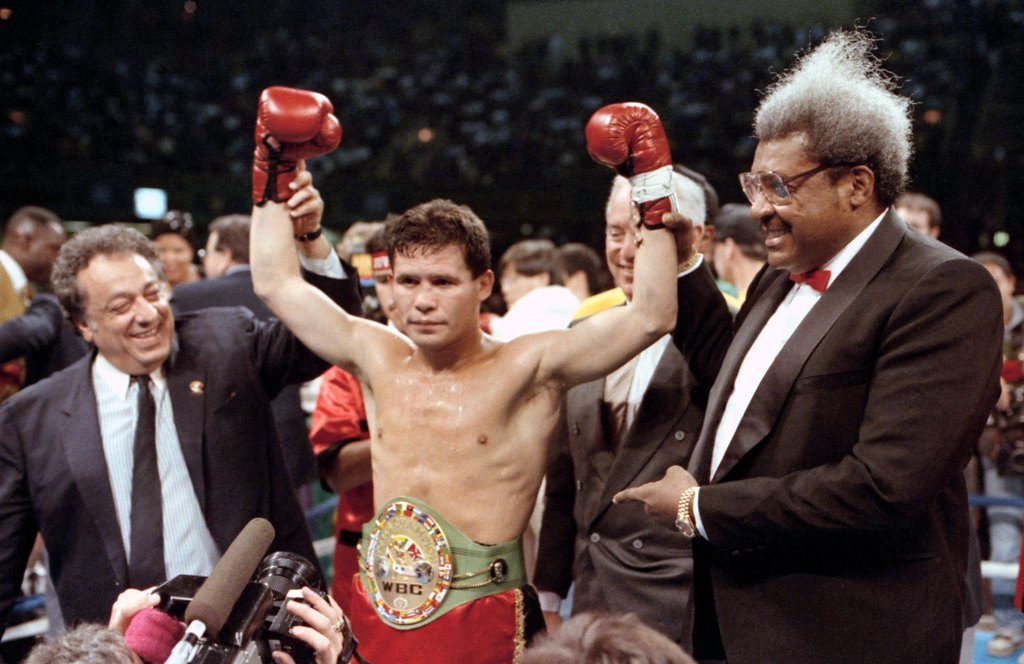 Chavez attributed his inability to win a 147-pound title to his size.

“I just have to be honest, welterweight wasn’t my weight. I couldn’t make 147 even if I tried. For De La Hoya (in the second fight) and Whitaker I made 144½ and 142 pounds and I had eaten breakfast that morning.”

Today, Chavez works for ESPN Deportes and TV Azteca. He also provides guidance to his son, Julio Cesar Chavez Jr. Away from boxing, he has established two drug rehabilitation clinics in Mexico.

He graciously agreed to speak to The Ring about the best he faced in 10 key categories.

Meldrick Taylor: He had every skill you need as a fighter, his speed, quickness, power, all you could ask for.

Oscar De La Hoya: Because he was tall and used it to mark his range.

Pernell Whitaker: He was very elusive, and although I thought he was a dirty fighter, beyond that he was just hard to find and especially hard to hit.

Hector Camacho Sr. And Edwin Rosario: I threw everything at them and they kept coming.

Rosario: Anywhere he hit me it hurt. Frankie Randall was also a hard puncher. [Against Rosario] it was my youth, it was the fact I was in my prime, it all helped me get through that fight.

Taylor: It was definitely Meldrick Taylor. I would land one shot and I would take four in return. He was quick. More than anything it was the fact he had real quick hands. By the time I landed one real power shot I was taking five, six in return. They weren’t hard shots, they weren’t power shots, but I couldn’t get in my range, I couldn’t get established. In that fight I made a big mistake, which was trying to fight at his pace. That’s why down the stretch I was exhausted, I was completely exhausted. I found a way to do it but I was done.

Camacho: It was Hector “Macho” Camacho who had the best footwork. He just dominated the way he walked around the ring. He knew where he was moving, he wouldn’t let you find him. And more than anything he was a marathon man the way I see it. He just was not there to be hit. But in the ninth round he stood and fought, so he was a macho man because he did stand there and took the shots.

Jose Luis Ramirez: He was a southpaw who not only took a good shot but he gave a good shot. The fact he could land a punch and hurt you and take a punch and not be hurt, that was his greatest virtue.

Taylor: I faced everybody. If you look at my record, all the fights I had, I had 37 world championship fights and I didn’t hand pick any opponents. But if I was to look at the best overall fighter, it would have to be Meldrick Taylor.