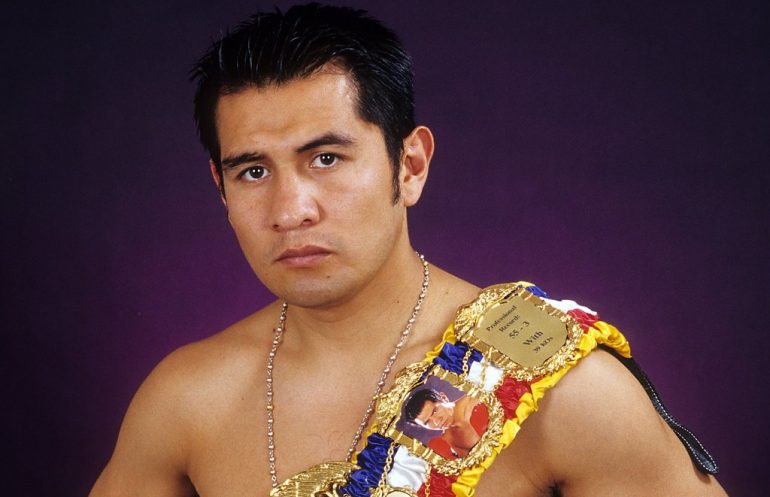 Photo from The Ring archive
27
Apr
by Anson Wainwright

Editor’s Note: This feature originally appeared in the April 2014 issue of The Ring Magazine.

Whether you’re talking about a single era in boxing or Mexico’s entire history of fighters, Marco Antonio Barrera was one of the best. Just as important, he was a fan favorite because of his string of entertaining brawls.

The “Baby Faced Assassin” took on a who’s who of the best fighters from 112 to 140 pounds in a career that spanned more than 20 years, winning four world titles and going 21-4 in championship fights along the way to establish hall of fame credentials.

Barrera, who turned pro at 15, won the first 43 fights of his career. That includes a victory over Daniel Jimenez to win the WBO junior featherweight title in 1995 and eight successful defenses.

Then he ran into trouble, losing his title and consecutive fights to the slick Junior Jones in 1996 and 1997. Many believed at that time that the Mexican warrior, who had been in a number of taxing battles, was finished as an elite fighter. 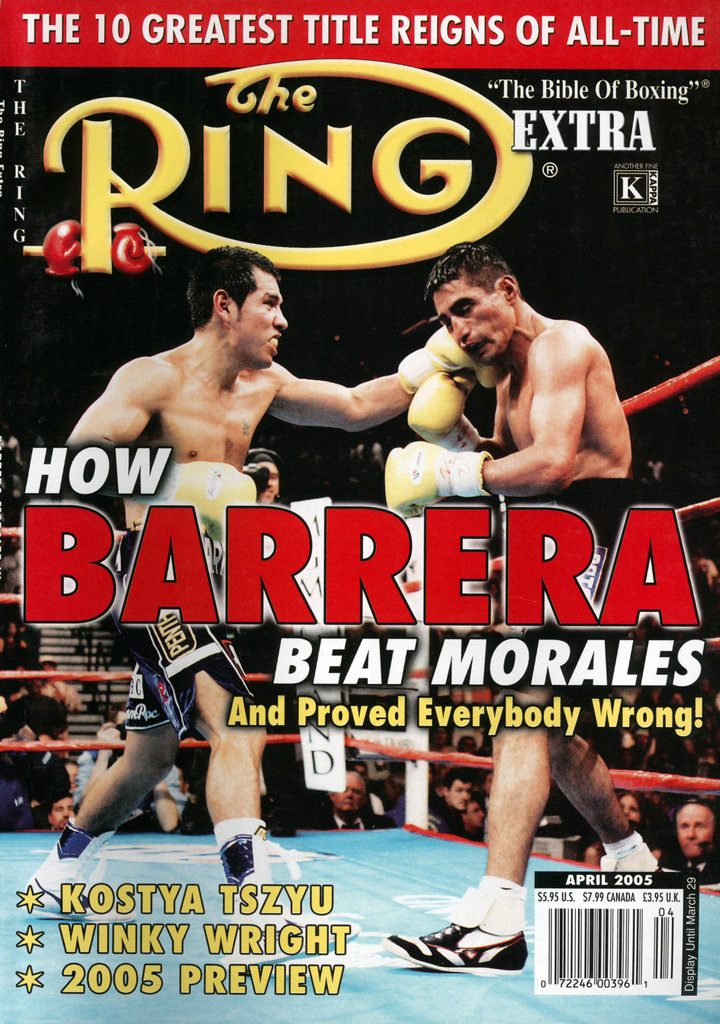 They were wrong. Barrera reinvented himself as more of a boxer than a slugger and went on to record some of his most important victories. Of course, that includes two victories in his classic trilogy with countryman Erik Morales between 2000 and 2004.

Barrera also beat the likes of Naseem Hamed, Johnny Tapia, Kevin Kelley and Paulie Ayala but lost twice to Manny Pacquiao and once to Juan Manuel Marquez. He dominated the popular Hamed, who was unbeaten and favored going into their 2001 fight.

“Definitely the best fight I had and my best victory was against Naseem Hamed,” Barrera told The Ring while speaking of the 2001 performance that ruined the Prince’s perfect record.

Barrera, now 40, retired in 2011 with a record of 67-7 (44 knockouts) but is still very much involved in boxing. He works as an analyst for TV Azteca, owns a gym in Mexico City and manages several fighters.

The Ring recently caught up with Barrera, who gave us the best he faced in 10 key categories.

BEST OVERALL
Erik Morales: Morales is definitely the toughest opponent I have faced, because it almost seemed whenever I hit him it wouldn’t hurt him. And he’s a guy who would constantly give me pressure, and he hit really, really hard.

BEST JAB
Morales: Morales had the best jab. When it would connect, it would be really painful. With the jab, you’re not used to feeling the power, but his I would feel.

BEST DEFENSE
Juan Manuel Marquez: Definitely. He’s a guy that just waits for a counterpunch. He provokes you to think you can hit him, and when you get close to hitting him, he moves so he can position himself to counterpunch you. It was extremely difficult to get hold of the guy.

BEST CHIN
Morales: I would hit him constantly with solid punches, and it just didn’t seem like it would affect him at all.

BEST PUNCHER
Manny Pacquiao: Because of the speed of the punch, he’d surprise you with power.

FASTEST HANDS
Pacquiao: The speed and angles he would hit you from. And it comes with a combination of speed, power and angles.

FASTEST FEET
Pacquiao: Definitely his movement, the way he moves around, he uses every corner of the ring. He knows where to take steps to confuse you. He never comes straight forward, he comes from different angles. He stands out from the rest, definitely.

SMARTEST
Hamed: He stands out because he would bring a different approach from the rest. He would play mind games with me, he would tease me, and when I thought I had him, he would back up and move in different ways. It was more him getting in my head than anything. He would play with me.

STRONGEST
Pacquiao: It’s not just the strength but the strength combined with the speed, that’s what makes him different from the rest. If you add speed to anything – his movement, his punches – that’s what stands out.