Erik Bazinyan to face Alantez Fox on February 2 in Montreal 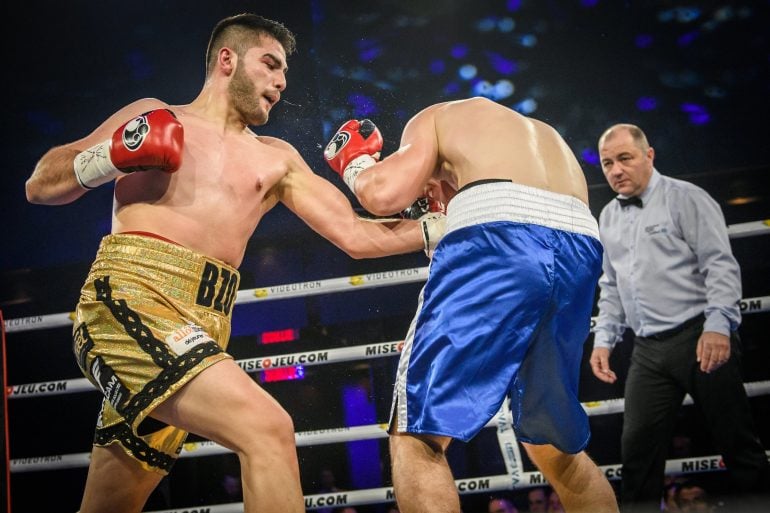 Eye of the Tiger Management has planned out its 2023 schedule.

Headlining their February 2 card will be super middleweight contender Erik Bazinyan, who is ranked No. 7 by The Ring, facing Alantez Fox in a 10-round bout at the Casino de Montreal in Montreal, Canada.

Also on the card in the co-feature will be a 10-round clash between fringe junior welterweight contender Yves Ulysse, Jr. against 2008 U.S. Olympian Javier Molina.

“2023 looks very promising for EOTTM,” said general manager Antonin Decarie. “Six of our athletes have reached the top-15 of their respective divisions and are knocking at the door of some major fights. Their upcoming fights will be pivotal in their careers, and so we’ve stepped up the caliber of the opponents they’ll be facing in the coming year to make sure that they’ve got the tools they need and are ready to take on the challenges they’ll be confronting in the next few months.”

Bazinyan (28-0, 21 knockouts), who is originally from Armenia and now resides in the Montreal suburb of Laval, last fought on June 23, defeating Marcelo Coceres by unanimous decision. The win took place over three months after Bazinyan stopped once-beaten Reinaldo Paniagua in the ninth round.

The 27-year-old will face a tough challenge in Fox, who will have a three-inch height advantage and utilize a longer reach.

Fox (28-3-1 1 NC, 13 KOs) was knocked out in the fourth round of his last bout at the hands of David Morrell on December 13 of last year. The 30-year-old, who resides in Upper Marlboro, Maryland, has beat modest opposition, but has lost to Liam Williams and Demetrius Andrade.

Ulysse hopes to emerge into a crowded and talented 140-pound division.

Despite losing his last three fights, Molina has fought the better opposition of the two.

Molina (22-5, 9 KOs), who lives in the Los Angeles suburb of Norwalk, faced Robbie Davies, Jr. in his last bout on May 21, losing by split decision. The 32-year-old suffered defeats, all by decision to Jamal James, Jose Pedraza, and Jesus Ramos, but does have victories over Jessie Roman and once-beaten Hiroki Okada.

Amateur standouts Wilkens Mathieu and Jhon Orobio will make their professional debuts on the card.