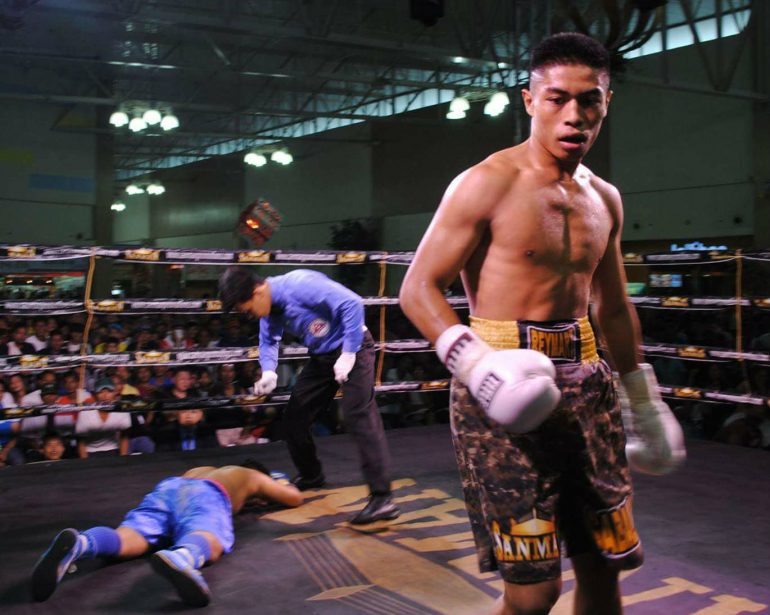 Emmanuel Rodriguez will still be facing a Filipino fighter on December 19, just not the one he was planning to.

The news was reported by Rappler, while Keith Idec reported a day ago that the matchup was a possibility. An email to Showtime requesting comment was not immediately responded to.

The fight will be for the interim WBC bantamweight title, which is a downgrade from the full WBC championship that the Donaire-Rodriguez fight would have at stake. Rodriguez himself is a replacement opponent for Nordine Oubaali, who was named “champion in recess” after he too had tested positive for the coronavirus.

Gaballo (23-0, 20 knockouts) of Polomolok, Philippines has built a reputation as a hard-punching, aggressive fighter, but is mostly untested above the club level. His biggest win came in 2018, when he outpointed the previously unbeaten Stephon Young in Hollywood, Fla., but he’s been out of the ring since defeating Chaiwat Buatkrathok by sixth round technical knockout last December.

The 24-year-old currently trains out of Miami with Osmiri “Moro” Fernandez alongside his other Sanman Promotions stablemates Mike Plania and Jameson Bacon. Gaballo is co-promoted by Manny Pacquiao’s MP Promotions. He had already been scheduled to face Jose Velasquez (28-6-2, 19 KOs) on the card.

“Rodriguez is a better fighter than Velasquez,” said Sanman Promotions President Jim Claude Manangquil. “But we felt this is the destiny of Reymart, to be a star.”

Rodriguez (19-1, 12 KOs) of Vega Baja, Puerto Rico hasn’t fought since May of 2019, when he was knocked out in two rounds by Naoya Inoue. He won the title in 2018 with a unanimous decision win over Paul Butler in England, and made one successful defense, winning a tough split decision over Jason Moloney.

Gaballo had approximately 30 amateur fights before turning pro in 2014 at age 17, but has gained his experience in the gym, sparring with world champions like Zou Shiming, Shinsuke Yamanaka and Naoya Inoue, as well as his gymmate Marlon Tapales.