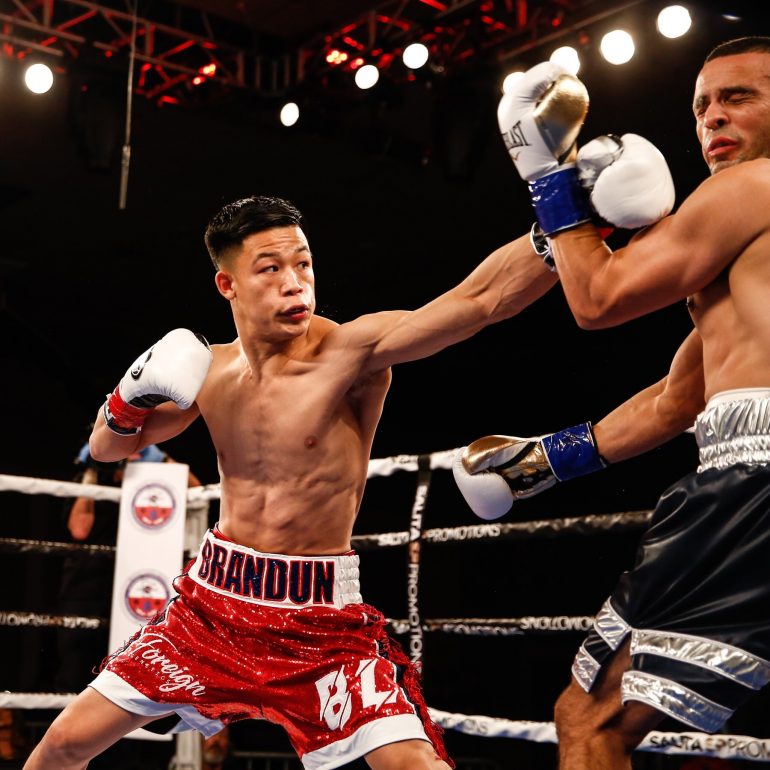 From the onset, Brandun Lee made it evident that he had no respect for his opponent’s power. It turned out he was right.

The highly-touted junior welterweight prospect dominated Camilo Prieto inside three rounds to remain undefeated Friday at Grand Casino in Hinckley, Minn., in the main event of a ShoBox card that took place without fans in attendance due to the ongoing coronavirus pandemic that has led to numerous boxing cards being canceled.

Lee, in his first bout as a headliner, hurt Prieto throughout the opening round, including a big right hand that sent his foe stumbling like a drunken sailor into the ropes.

Prieto turned to survival mode in the second round behind a tight guard and sporadically attempted to swat Lee’s punches away. Still, with every punch he landed, Lee was getting closer and closer to putting him away for good.

.@Brandun_Lee unloads in round 3 to pick up the TKO win over Camilo Prieto ?? #ShoBox pic.twitter.com/2C5hICJNw5

Lee’s father, Bobby, who has trained him since the beginning, urged his son between rounds to make Prieto uncomfortable — and that he did.

Lee (19-0, 17 knockouts), 20, who trains out of Coachella Valley, Calif., crushed Prieto with a right hand and followed it up with a left uppercut and continued to pound him until referee Mark Nelson stepped in to wave off the action.

Prieto (15-3, 9 KOs), 33, who is of Cuban descent but trains in Miami, not only saw his six-bout winning streak snapped, but was also stopped for the first time in his pro career.

Lee went 196-5 in a decorated amateur career that included a gold medal in the 2015 U.S. Junior National Championships.