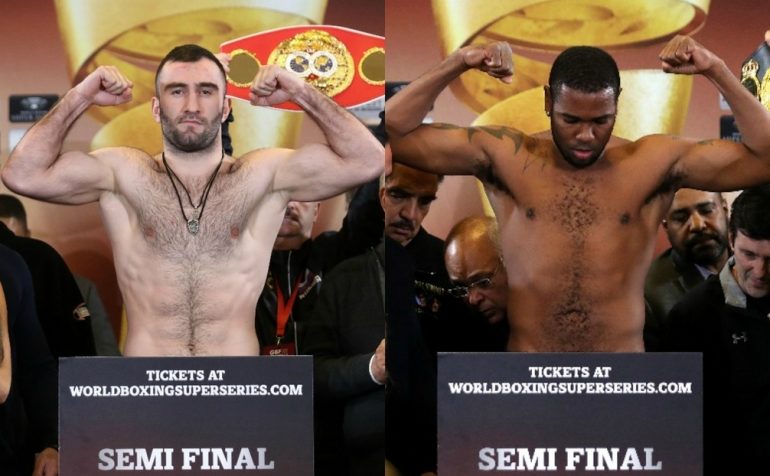 Gassiev, who is rated No. 2 by THE RING at 200 pounds, knocked out former titleholder Krzysztof Wlodarczyk in the third round of his quarter-final in October. The Russian boxer-puncher weighed in 199.2 pounds for tomorrow’s assignment.

“I would like to thank every who came to the weigh-in,” said Gassiev (25-0, 18 knockouts). “I don’t feel any pressure at all. I am looking forward to fighting in front of my family, friends, and fans.”

“The stare down was intense, but that is normal. I see a future in the tournament after this fight. I will do my job.”

Dorticos, who is rated No. 5 by THE RING, knocked out Dmitry Kudryashov in two rounds to reach the semi-final. The Cuban power-puncher weighed in bang on the division limit of 200 pounds.

“On Saturday the Russian fans and boxing fanatics all over the world will learn what the ‘KO Doctor’ is about.”

Saturday’s winner will face WBO and WBC titleholder Oleksandr Usyk in the WBSS final. That fight is scheduled to take in Jeddah, Saudi Arabia, in May, and THE RING championship is also likely to be at stake.

Earlier this week, Dorticos was upgraded to full WBA titleholder.