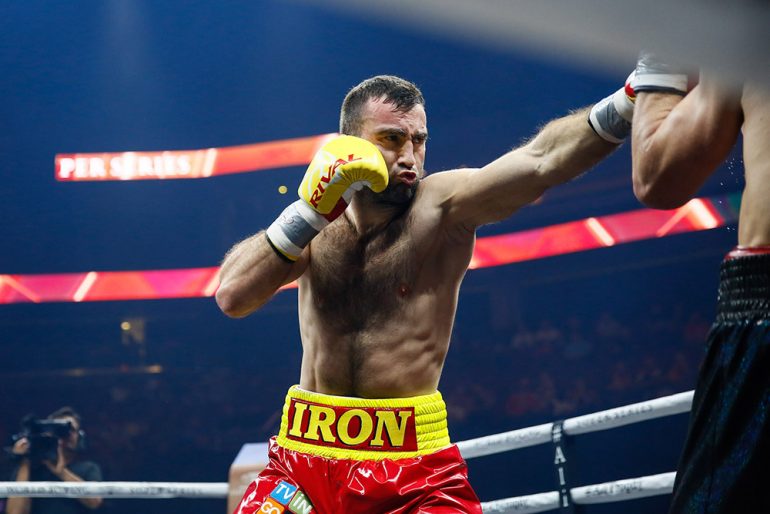 Murat Gassiev lived up to his billing as one of the most dangerous cruiserweights in the world.

The 24-year-old Russian, who often trains alongside Gennady Golovkin, made a statement in his first World Boxing Super Series bout with a devastating third-round knockout of Krzysztof Wlodarczyk.

Gassiev (25-0, 18 knockouts) pinned the Pole on the ropes and delivered a crushing left uppercut, followed by a left hook to the liver that sent Wlodarczyk crashing to the canvas face-first and out for the 10 count at 1:57 of Round 3.

With the victory, Gassiev retained his IBF cruiserweight title and also advanced to the WBSS semifinals, where he’ll meet fellow puncher Yunier Dorticos.

“Dorticos is a great fighter, he’s a world champion, he’s undefeated and I hope to give all boxing fans a great fight,” said Gassiev, who topped longtime titleholder Denis Lebedev to win the belt in December.

Dorticos, who scored his own highlight-reel KO of Dmitry Kudryashov last month, met Gassiev in the ring and vowed, “I’m going to knock you out.”

Wlodarczyk (53-4-1, 37 KOs) never was able to find his footing in the bout. The former cruiserweight champ tried to keep Gassiev at bay, but he simply wasn’t busy enough. He threw just seven power shots in the bout and landed only one, and when the body shot connected, the mismatch was all over.

“Instead of the shot going to my head, I got hit very, very hard to the body,” the 36-year-old said. “Unfortunately, we were afraid this could happen. We knew how good he is. My tactics were to use the jab as much as possible and because my strength is the second part (of the fight). We were hoping to bring him there.”

The title tilt never got there, though. And Gassiev, once again, showed why there’s so much hype surrounding him.

Could he be the cruiserweight GGG? Maybe. We should have a better idea after he meets Dorticos next year. 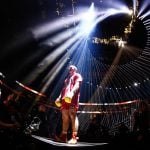 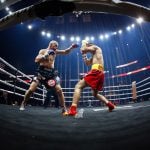 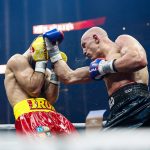 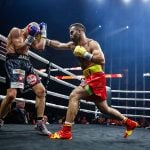 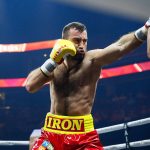 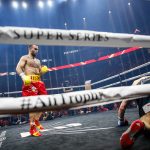 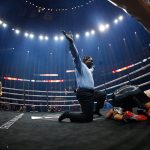 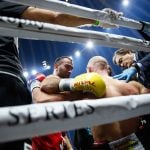 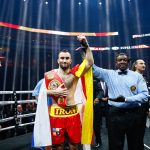 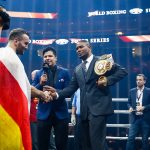 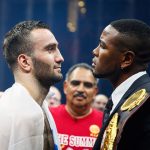