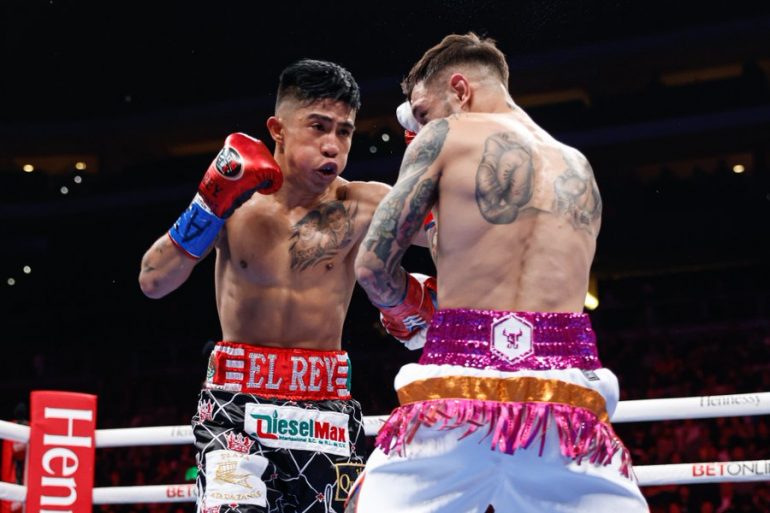 Julio Cesar Martinez struggled landing his bet shots against slippery Samuel Carmona, but he got the decision. Photo @MatchroomBoxing
03
Dec
by Doug Fischer

GLENDALE, Arizona – The co-featured bout to the Juan Francisco Estrada-Roman Gonzalez was a clash of styles that didn’t work out in terms of entertainment value. The 12-round flyweight bout featured WBC titleholder Julio Cesar Martinez against 2016 Olympian Samuel Carmona. It was a classic slugger vs. boxer matchup.

Carmona (8-1, 4 KOs) was the matador (one who forgot his irons and “Banderillas” and was reluctant to use his sword — there was talk that he may have injured his right hand). 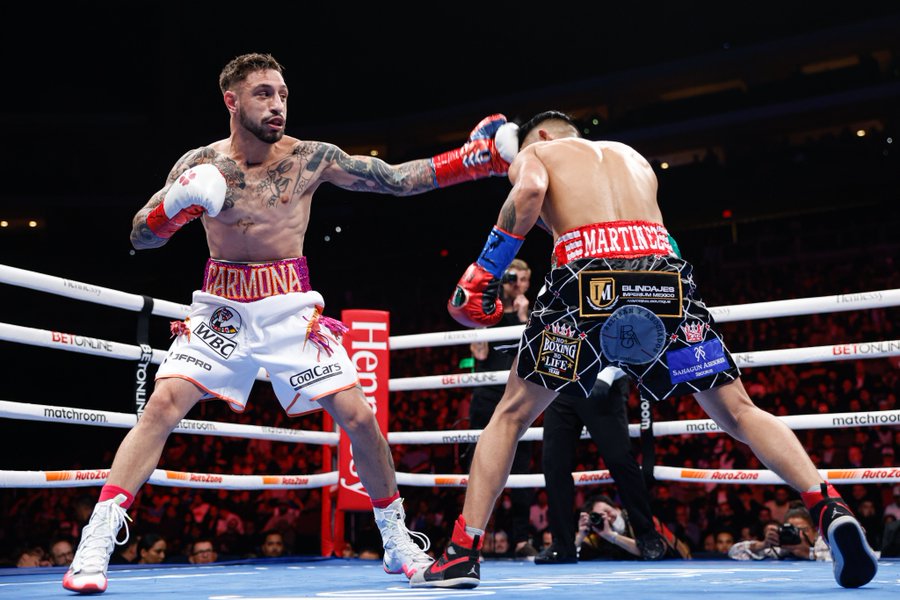 The boxer-slugger matchup is usually a fascinating one. Can the boxer keep his composure and control the pace and distance of the bout with his stick-and-move game? Or will the slugger’s aggression and wild haymakers pull the boxer in to his type of fight (the type of scrap the fans in attendance tonight came to witness)?

This time it just didn’t work out. Martinez couldn’t cut the ring off the constantly moving Camrona and his stalking aggression was often ineffective when he was in range because he usually missed with wide hooks. Carmona’s punch-on-the-fly game was mostly flight by the middle rounds, which brought out the boo birds, especially during Rounds 7 and 8.

In a nutshell, Martinez was sloppy and Carmona was slippery, so there weren’t many meaningful exchanges over the 12 rounds they shared in the ring.