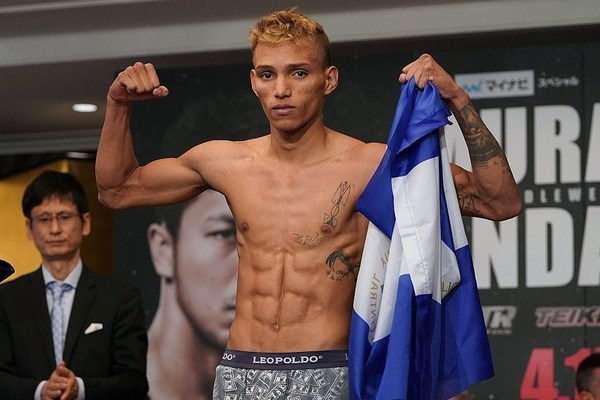 GLENDALE,  Arizona – In an appetizer for the anticipated main event, unbeaten Mexican flyweight up-and-comer Joselito Velazquez and Cristofer Rosales, a Nicaraguan veteran who held the WBC title in 2018, put on a world-class battle of attrition for the fans in attendance and watching on DAZN.

Rosales (35-6, 21 KOs), a Managua native who has faced the best of the best of the flyweight division (usually in his opponents’ home countries), won by unanimous scores of 97-93. But make no mistake; the outcome of the bout was in doubt from start to finish as the two 112-pounders took turns teeing off on each other with skill and aggression.

The flyweight fringe contenders were evenly matched. Rosales had globe-trotting experience as well as height and reach advantages. Velazquez had a decided edge in speed and power, as well as the sharper technique. However, Rosales, the busier of the two, refused to back down when nailed with Velazquez’s hard and fast inside combos. The 28-year-old former titleholder was able to catch the Oaxaca native coming in, sometimes stunning Velazquez before going on the hunt with his higher punch output.

The fight featured numerous heated exchanges, starting in Round 3, and the flyweights thrilled the early arriving crowd, which filled out most of the arena. They produced scintillating two-way action during the final three rounds. Every time Velazquez landed his hard, accurate hooks and uppercuts, Rosales answered back with a fluid, two-fisted assault to the body and head, sometimes punctuated with short right hands that backed up the stronger but less experienced fighter.

Super middleweight prospect Diego Pacheco made quick work of Adrian Luna, dropping the battle-worn gatekeeper three times in Round 2 of a scheduled 10, remaining unbeaten in 17 pro outings (with 14 KOs). The 6-foot-4 L.A. native made the most of his height and reach advantages, keeping Luna at the end of his jab until he was ready to unleash accurate hooks and crosses and body shots. Luna (24-9-2, 16 KOs), a Mexico City native who can be handful when he gets warmed up, was never in the fight and his legs were gone after the second knockdown. Everyone in the arena knew the fight was over but the referee, who finally had to wave it off when Luna’s corner threw in the towel after the third knockdown.

The 21-year-old Pacheco looks to have a bright future in the 168- and 175-pound divisions.

Houston middleweight Austin Williams thoroughly outworked fellow unbeaten prospect Simon Madsen to a 10-round decision, winning by unanimous scores of 99-90. Williams (13-0, 9 KOs), an aggressive 26-year-old southpaw, hit Madsen with every power punch conceivable, often in flashy combinations, but he couldn’t budge the Danish stalker, who fights out of Cancun, Mexico.

Madsen (13-1, 10 KOs) boxed out of a high guard and tried to counter with body shots when he could, but he mostly absorbed a beating from Williams, who became so bored with the repetitive nature of the fight that he began showboating during the middle rounds. He abandoned the hotdogging when the referee warned him for tapping his shoes with his gloves in the middle of his combinations.

Madsen was deducted a point for a low blow in Round 9.