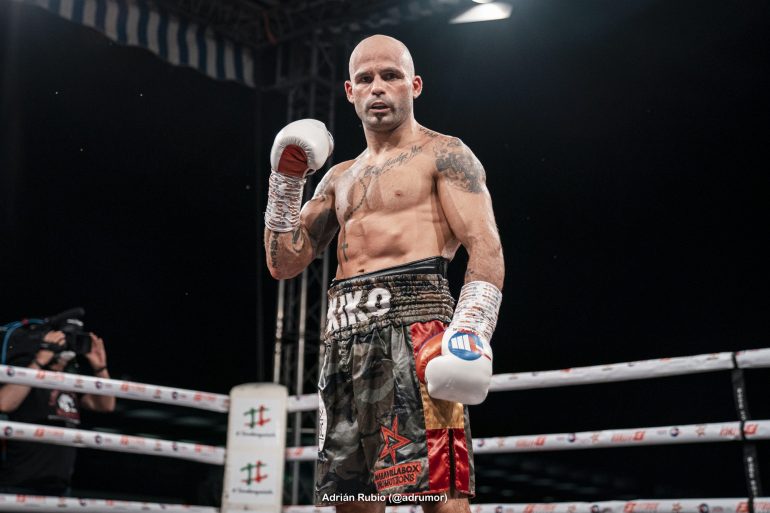 As a champion with a short run earlier in his career, Kiko Martinez learned to never take things for granted. He grabbed his first belt in 2013 in a mild upset win over previously unbeaten Jonathan Romero and lost it one year later after only two defenses. What followed was a string of pedestrian wins at home and preordained losses abroad, the typical path for a former titlist without the support of a top promoter or a TV network.

Regaining his former glory was not going to be easy, and Martinez was the first one to realize that. The COVID-19 pandemic provided him with a chance to focus on his goal, and he made the most of it by rededicating himself to his craft in ways that very few other fighters have done in history. And after his upset win of Kid Galahad in Sheffield in November of 2021 (which earned Martinez the “Comeback of the Year” award from this publication), the Spanish dynamo operating under the no-translation-needed nickname of “La Sensación” is ready to continue on a sensational path towards a place among his country’s biggest names ever in boxing.

“The idea is to continue on the same path, training every day of the week, not having distractions or weekends off or even vacations,” said Martinez (43-10-2, 30 knockouts) in a phone interview. “The idea is to continue with this same discipline as long as I remain active in boxing, because this is the only way in which I will continue making history. Anything else will not be very positive for me. Obviously, the only way in which I was able to do what I did was to live exclusively dedicated to boxing.”

Martinez claims he devoted to training full time, 7 days a week, during the entire pandemic, and he credits his win over Galahad to this unusual training regime. And he now vows to put his Spartan regime to the test once again in his rematch against England’s Josh Warrington on January 26 in Leeds, in what Martinez expects to be the first of a series of opportunities to show that his all-in, I’ll-sleep-when-I’m-dead dedication to boxing will once again bring him to the top of the heap. 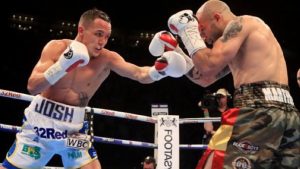 “To me, it is a chance to dream again, to finally realize that all the work and all the discipline I put in during all these years have paid off,” said Martinez.  “Those days when my family went out somewhere and I stayed at home working out, all of this was worth it. It has been incredible to experience what I’ve been experiencing all these months, because when I became a champion before I didn’t get so much attention as this time, and it has been amazing to get a new title in a new division. It’s a dream come true.”

His rematch with Warrington, which will have Martinez’s IBF featherweight title at stake, comes at the right time for the Spanish fighter, who has developed part of his career in the UK and already feels comfortable fighting there.

“We had a very close (first) fight with Warrington. I fought in his homeland, with everything going against me. I believe I deserved to win, by a close margin but I do believe I won. But when you’re fighting abroad you accept defeat. The only thing I need to change is being more aggressive towards the end of the bout. I believe this will give me the edge to win the fight. Being more aggressive than last time, that will be the key. And that’s how I will become victorious this time, no doubt about it.”

With all the sacrifices he has made in his life and riding on the strength of his phenomenal demolition of a promising young champion like Galahad, it is difficult for Martinez not to look past his next challenge and look towards a future in which he will capture enough belts to one day become Spain’s most decorated champion. What was once a dream for him is now within his grasp, and he embraces that goal with open arms.

“If I do beat Warrington, I would like to unify against (WBO titlist Emanuel) Navarrete or maybe fight (WBC beltholder) Gary Russell Jr. again,” said Martinez, in reference to the fight he lost in Brooklyn back in 2019 on a cuts-induced stoppage. “Maybe having a huge fight in Belfast against the winner of (Michael) Conlan and (Leigh) Wood. Those are my proposals. I would like to end this year with another title belt in my hands. Being a unified world champion is something I would love, it is something I am working towards. Not only to win another title, but rather to be a unified champion.” 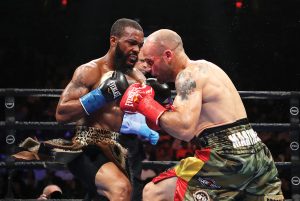 Returning to Northern Ireland to score a decisive win would mean a lot to Martinez, who lost his IBF junior featherweight belt against Carl Frampton there back in 2014 in what was the first of a long series of painful losses. But moving past two-division titlist Javier Castillejo as Spain’s most accomplished fighter will require much more than going back to those crime scenes and trying to get it right. Moving past that and on to greener pastures will be ideal, and it doesn’t get any better than the grazing fields of Las Vegas, where the grass is greener and the checks are fatter than anywhere else in the boxing world.

“I would love to face (WBC junior lightweight titlist) Oscar Valdez,” said Martinez. “I think it would be a great fight for me, and the end of an incredible period in my career. He is an amazing fighter who comes from Team Canelo, and in order to close a great stage in my career he would be a dream matchup, no doubt. I would also like to fight for a WBC belt before I retire, and be their champion. It would be a dream come true for me.”