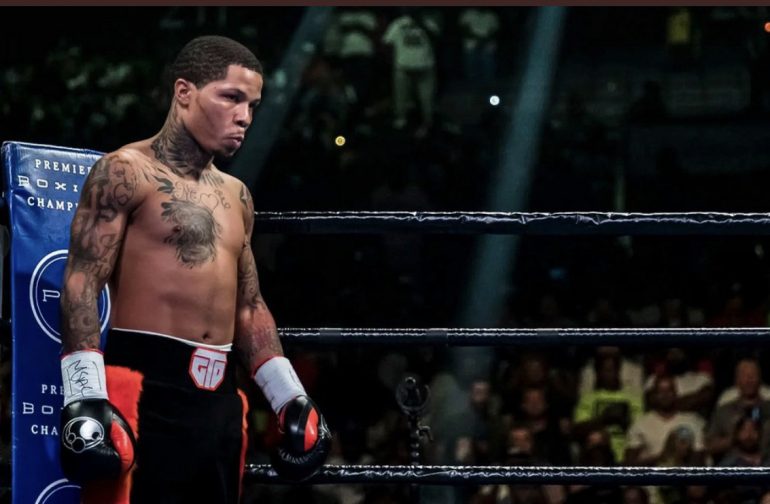 Gervonta Davis has an opponent lined up for his return to the ring.

The unbeaten Davis, who is ranked No. 6 by The Ring at 140 pounds, will face Rolando ‘Rolly’ Romero on December 5, he announced on his social media accounts.

“I’m BACK! Dec. 5th, @ Staples Center in Los Angeles on Showtime PPV vs. Rollie,” stated Davis in a tweet. 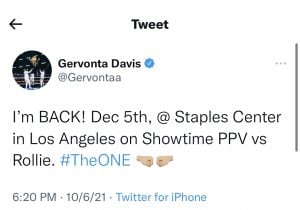 No word yet at what weight the fight will take place at.

Davis has fought at lightweight, junior lightweight and junior welterweight, respectively, in his last three bouts. Romero has mostly campaigned at 135 pounds.

Davis (25-0, 24 knockouts), who resides in Baltimore, Maryland, stopped Mario Barrios in round 11 of his last bout on June 26 in his adopted hometown of Atlanta, Georgia.

In his previous fight on October 31 in San Antonio, Texas, Davis scored a vicious, one-punch knockout win over Leo Santa Cruz. The 26-year-old is considered a protege and is promoted by Floyd Mayweather.

The fight against Davis will be a significant step-up in opposition for Romero, who is also promoted by Mayweather Promotions. 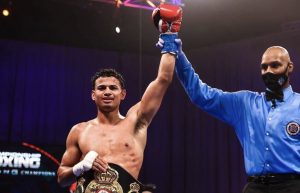 Rolly doesn’t look pretty in the ring, and has tons of haters, because he’s cocky, but his personality will motivate Tank aplenty, right?

In his previous fight on January 23, Romero stopped Anthony Sparrow, another late sub, in round 7.

The 25-year-old is also known for winning a highly-controversial unanimous decision against Jackson Marinez in a clash of unbeaten prospects on August 15 of last year.