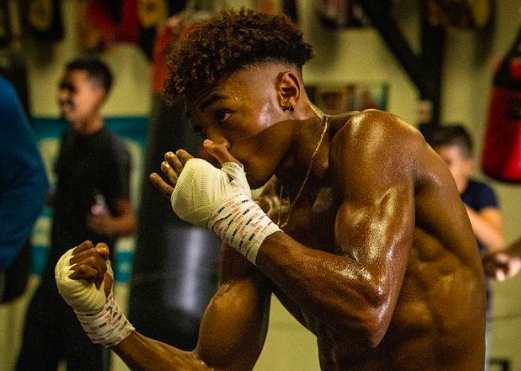 Jalan Walker proved that he is willing to go to great heights to stay busy.

The 19-year-old southpaw from Los Angeles moved up three weight classes — from 126 to 140 pounds — and scored a fourth-round stoppage over Gregorio Soto Molinero in a short notice bout Saturday in Tijuana, Mexico.

Walker (9-0-1, 8 KOs), of Los Angeles, who is a promotional free agent, overcame questionable tactics to score the victory.

In round one, the veteran Molinero (12-7-2, 8 KOs) attempted to throw his younger adversary to the canvas. In round two, Walker got his revenge with an overhand left that sent the 22-year-old to the canvas. 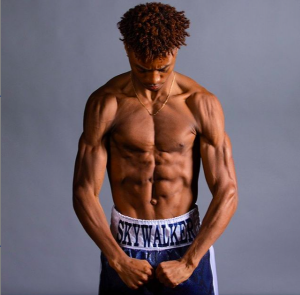 His nickname is “Sky Walker.”

Later in the frame, Walker chopped his liver with a left hand, for a second trip to the floor.

Molinero subsequently spat his mouthpiece out three times in the following round.

And at the beginning of the fourth, was handed another eight-count after the third man in the ruled that he was too slow getting out of his corner.

In the fourth round, Walker connected with a combination that forced Molinero to quit as he turned his back to the referee.

The solid performance puts the heralded prospect Walker back into the win column.

His previous bout on April 22 against Angel Antonio Contreras ended in a six-round split draw.

Mexico’s Molinero has been knocked out in six of his last seven contests.

You can read more about Walker on the RING website here.