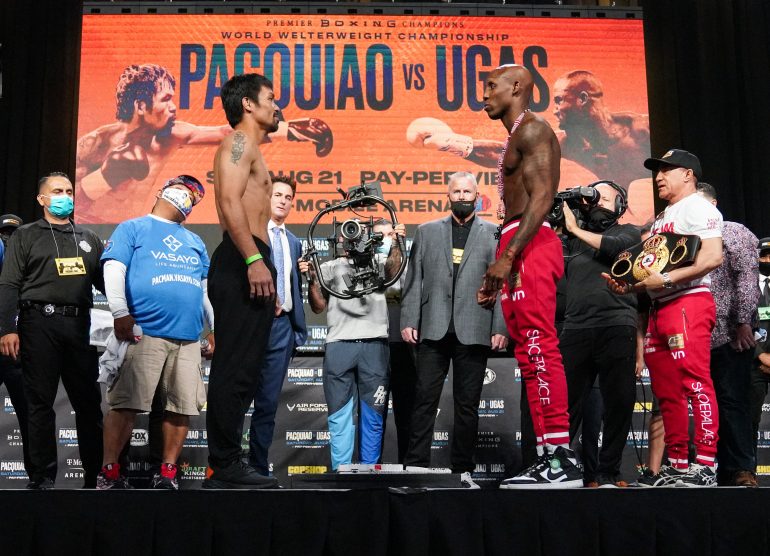 Welterweight titleholder Yordenis Ugas weighed in at 147 pounds even while Manny Pacquiao checked in a pound under at 146 pounds at Friday’s weigh-in for their pay-per-view headliner, which takes place Saturday at T-Mobile Arena in Las Vegas.

Pacquiao (67-7-2, 39 knockouts) of General Santos City, Philippines is fighting for the first time in over two years, since his split decision win over Keith Thurman, while Ugas (26-4, 12 KOs) is stepping significantly up in class. Ugas, 35, was named WBA titleholder after Pacquiao, 42, was stripped of his belt for inactivity amid the pandemic. 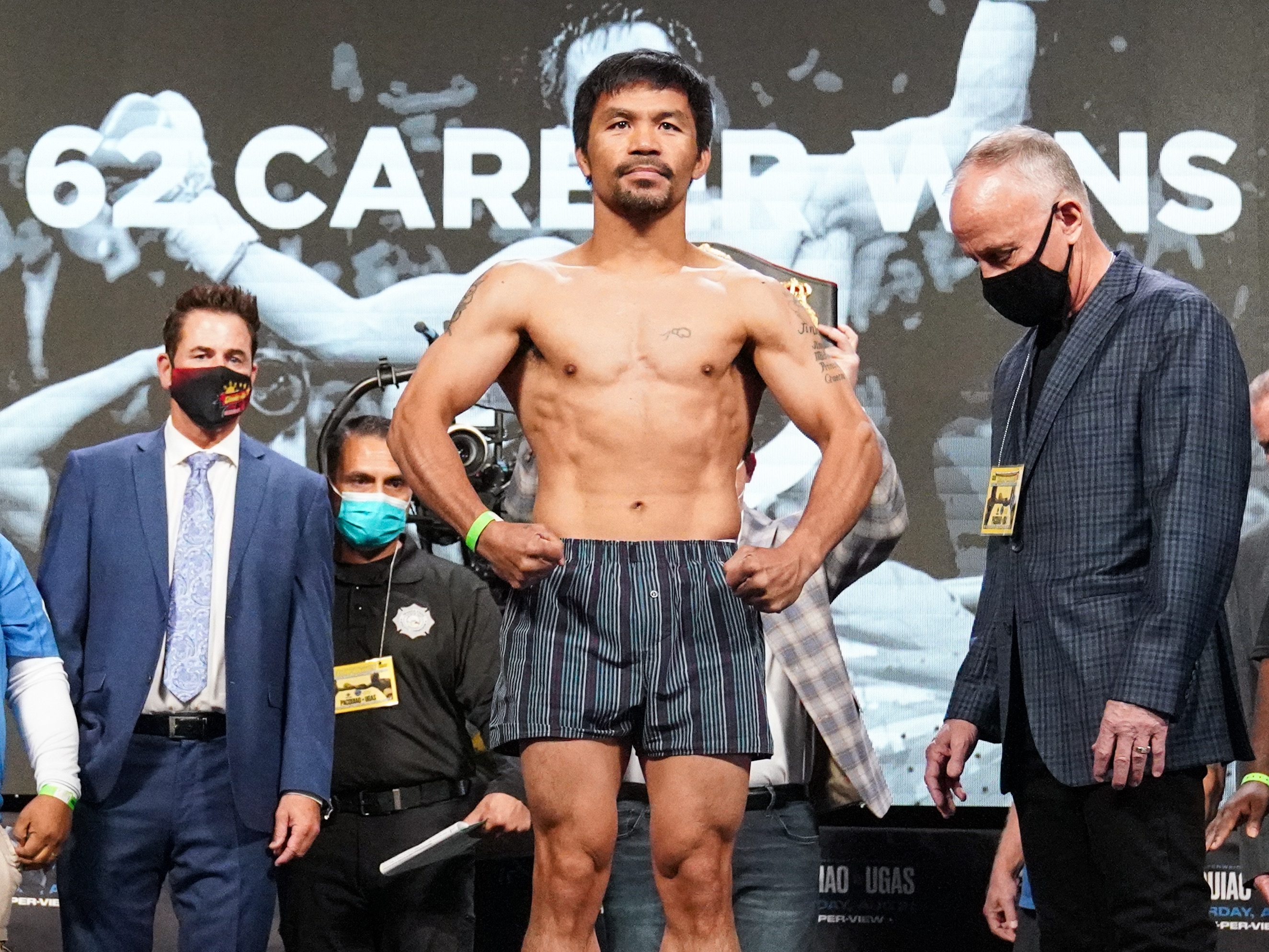 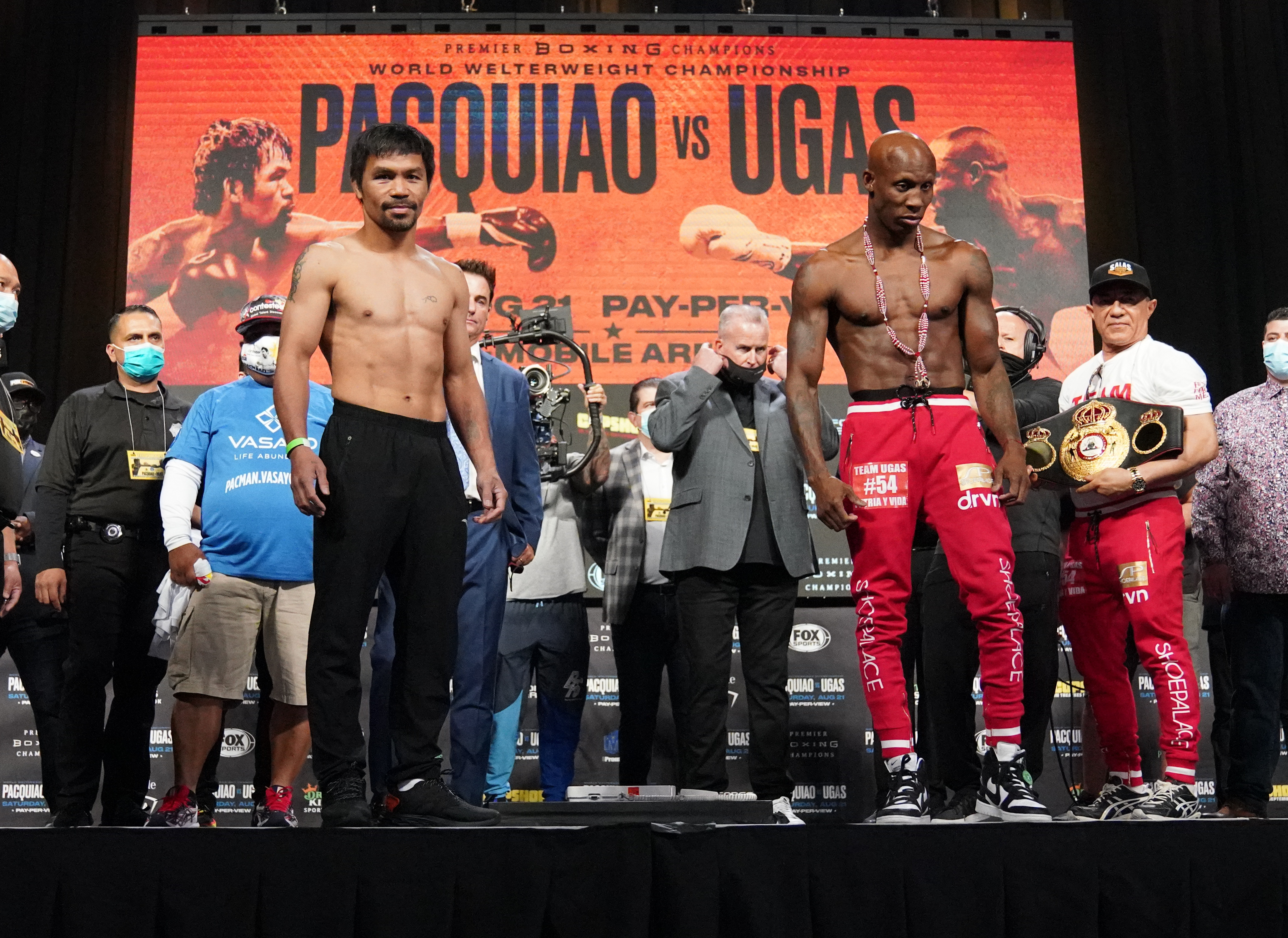 Pacquiao replenished himself after the weigh-in with a meal consisting of Nilagang baka, kebab, white rice, boiled eggs and vegetables. 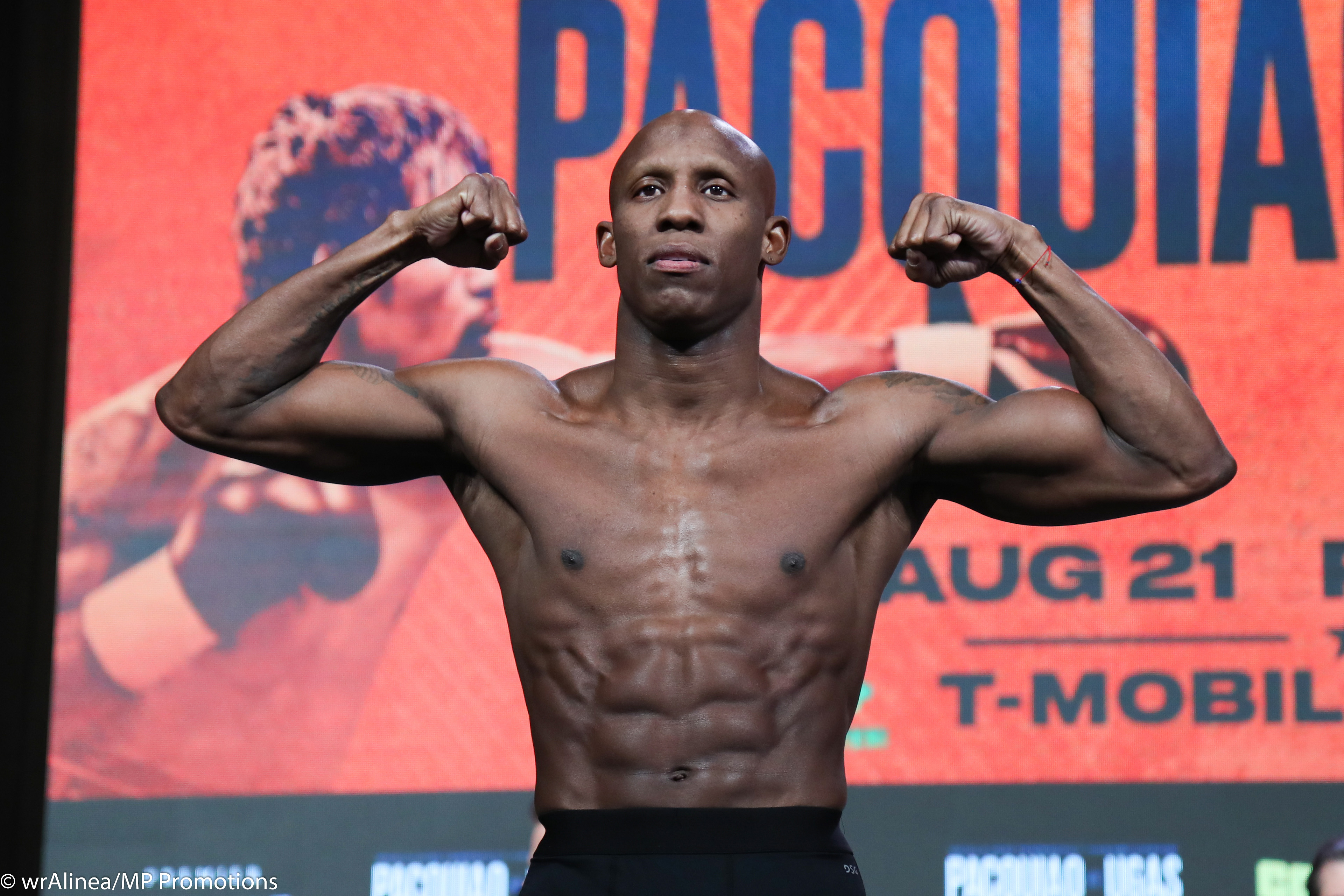 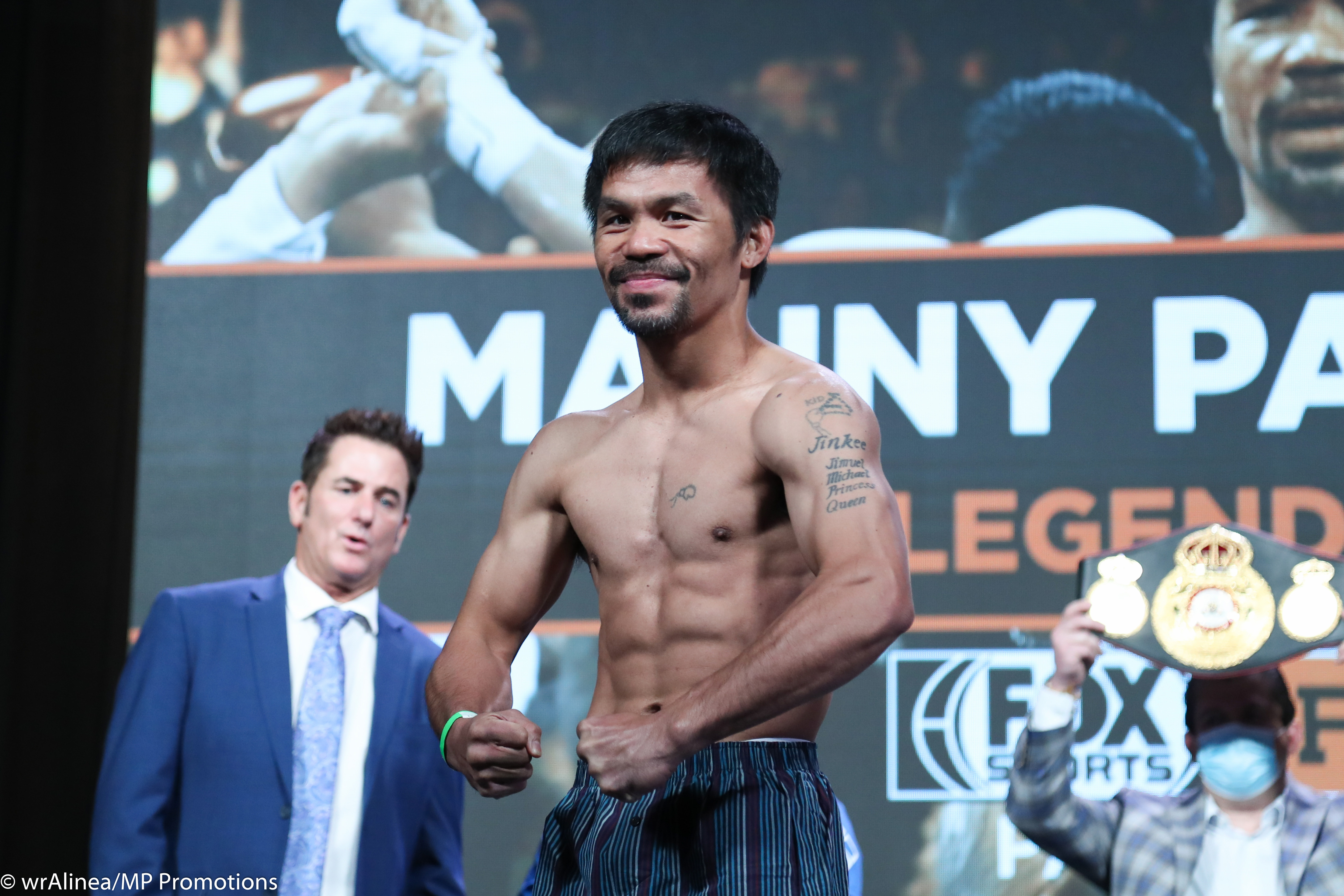 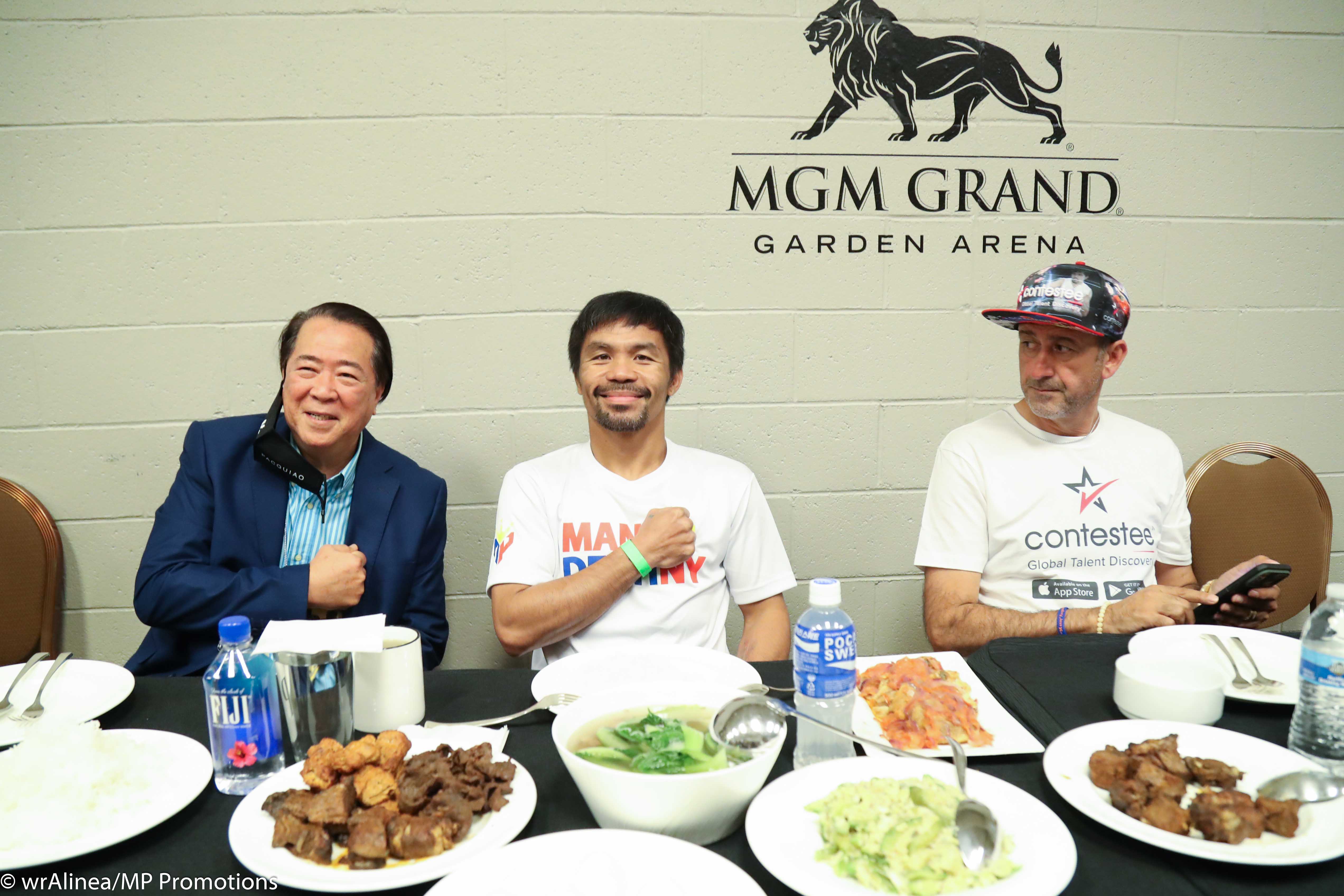 Featherweight contender Mark Magsayo (22-0, 15 KOs) of Dauis, Philippines weighed in at 125.5 pounds, while Julio Ceja (32-4-1, 28 KOs) of Atizapan de Zaragoza, Mexico weighed 125 pounds. The fight is a WBC featherweight eliminator, with a minor WBO belt on the line.

The fight is the first for Ceja since November of 2019, when he drew with Brandon Figueroa after missing the junior featherweight limit by over four pounds. Magsayo, who is two years younger at 26, has fought twice since October after signing with MP Promotions 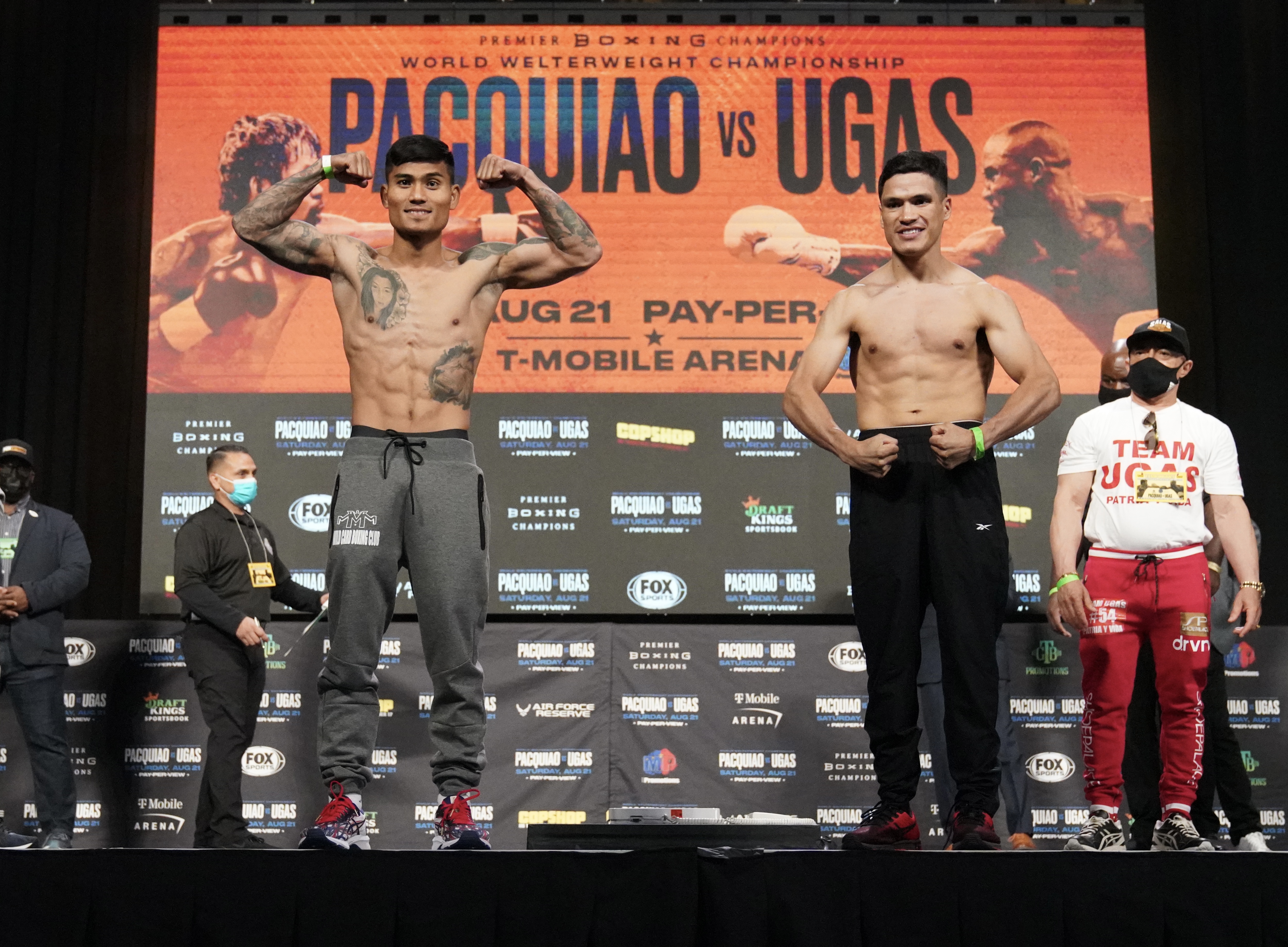 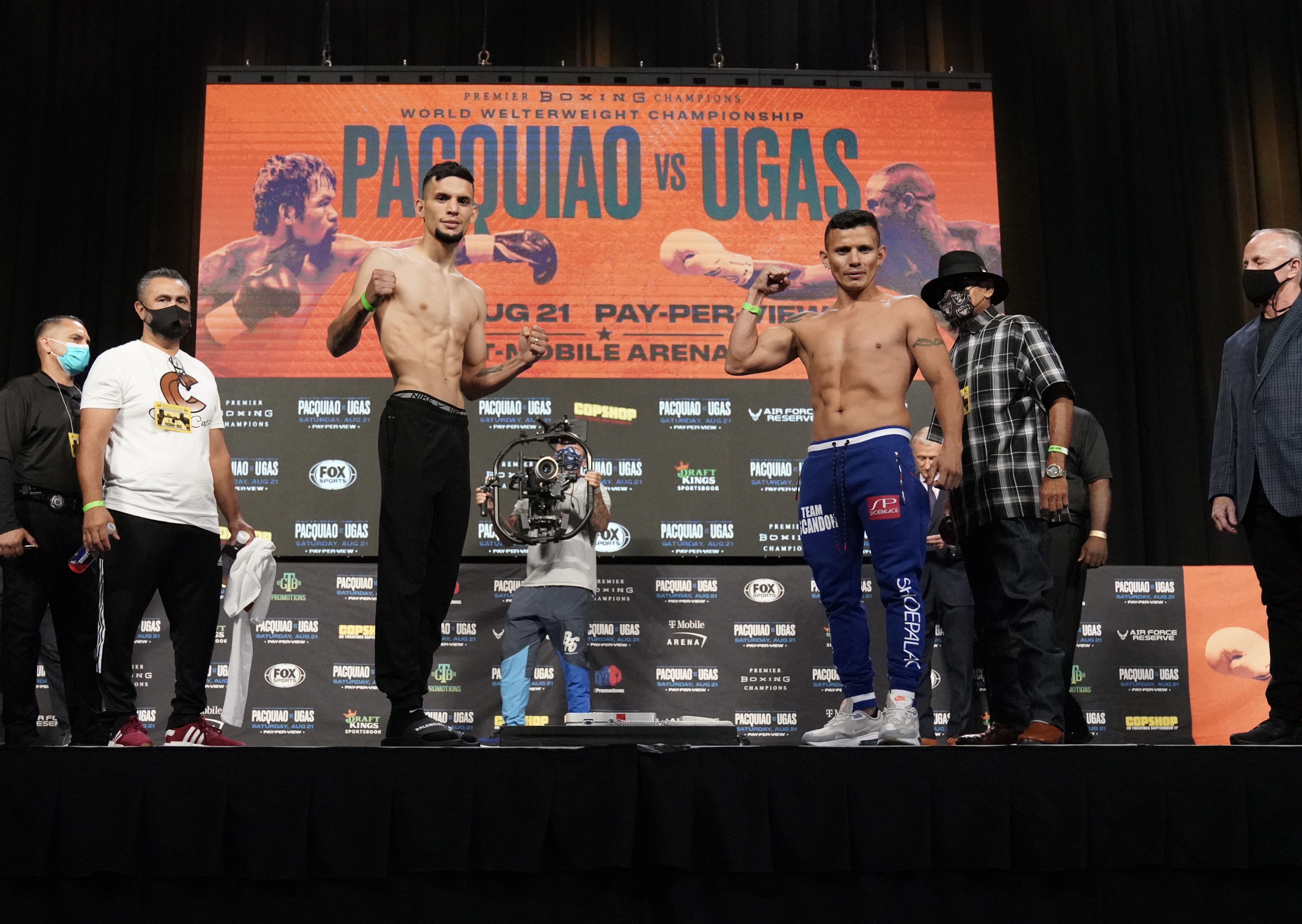 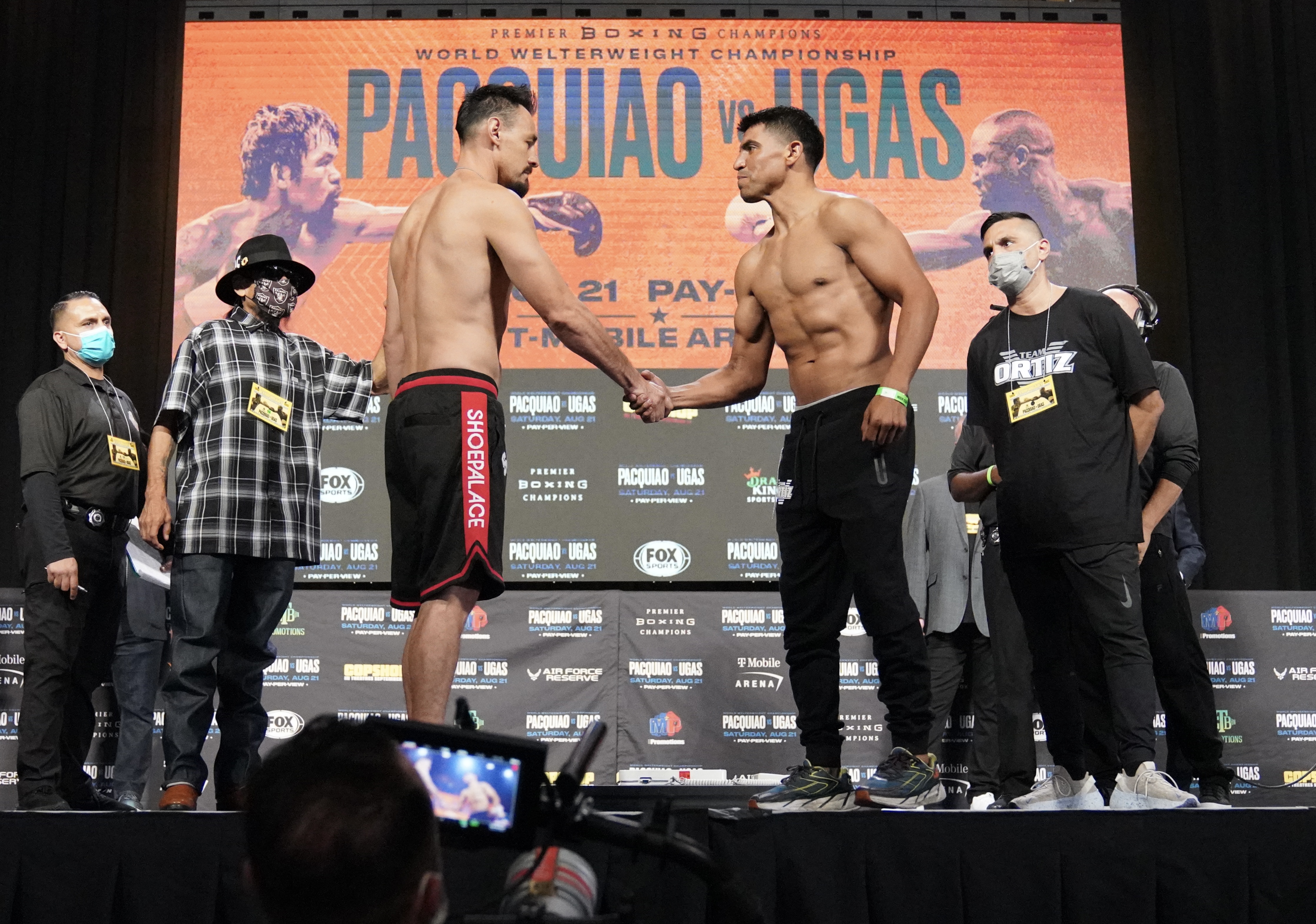