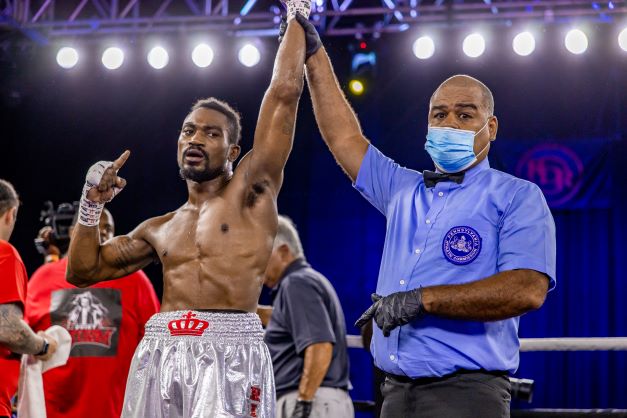 Natalie Bibbs squinted through the screen door. Dusk was setting in. She was overly protective of her son, eight-year-old Julian, who had not come home yet. Bibbs stood there in the doorway with her hands on her hips, then peered back at the living room clock. It was too late for Julian to be out this long, she thought.

So, Bibbs popped open the front door and went out looking for him.

She wandered a few blocks from her home in Robbins, a poverty-ridden south suburban Chicago community, when she came across a circle of five boys punching and kicking someone on the ground. As Bibbs ran to the group, she kept hearing, “Get him, get him, hit him again, hit him again!”

Sure enough, it was Julian they were pounding, curled up in the fetal position on the cracked pavement. Furious, Bibbs pushed the other kids off her son and pulled him into her arms on the walk home.

Children would ignorantly mimic Julian. They would make faces behind his back to other kids in front of him. It happened often. Adults in the area didn’t want their children near him, all because Julian was deaf.

When Julian Smith was six months old, he contracted meningitis, which made him hearing impaired. Smith did not completely grasp his situation until he was around eight. But no one else around him did. Consequently, Smith was beat up.

In time, he learned to fight back. 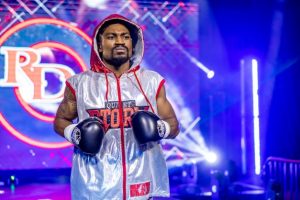 Julian Smith overcame a great deal when he was young when local children used to bully him because he was deaf.

It’s what he does today.

Those moments still resonate each time Smith fights. The 5-foot-9, 30-year-old welterweight is 5-0, with 4 knockouts. He’s coming off possibly his biggest victory to date, stopping Philadelphia’s Derrick Whitley Jr. in one round at the 2300 Arena in July. Smith was supposed to be the B-side.

After seeing her son get battered that day, Bibbs implored Julian to defend himself. Julian’s older brother Brandon, who held a seven-year difference over his younger sibling, took home a pair of red boxing gloves one day and proceeded to teach Julian the finer points of boxing.

Brandon never took it easy on Julian, either. If neighborhood kids were going to physically bully him and harass him, Brandon was going to be that much harder on him in preparation for the cruelty awaiting outside their home.

“That’s what started him in boxing,” Bibbs recalled. “I remember Brandon taking Julian in the backyard and knocking down him down. I’m his mother and I was always over protective of Julian. Brandon would yell for him to ‘Get up, get up.’ Julian would get up, and Brandon would punch him and knock him down again.

“Julian would complain that Brandon was too big, and too strong. I tried to get to Brandon to ease up, and he would say, ‘Mom, I got this.’ I stepped away. He would tell Julian, ‘I don’t care what adversity stands in your way, you fight until you can’t fight anymore.’”

Natalie enrolled Julian into martial arts in which he excelled in one-on-one environments.

Because he was hearing impaired, Julian would feel self-conscious.

“I became very frustrated, I struggled, because of my hearing,” signed Julian through his mother. “I was very much teased and picked on. It was ignorance. No one could understand a kid who is different. There were no deaf people around. They may have heard about deaf people, but never came in contact with deaf people.

“When those kids beat me up, they just jumped me because I was different. I went to a special school (for hearing-impaired children) so the kids in the area didn’t know me. I only had friends at school.

“My mom wanted to me to go out and make friends when I was young. I didn’t want to because I knew what was out there.”

Natalie signed up Julian for football when he was 10. The local coach told her that Julian couldn’t play football because of his hearing. Bibbs went to practice every day and they worked out a way to let Julian know the ball was snapped by tapping him on his thigh.

One day the coach was yelling at Julian, and when he failed to respond, the coach screamed, “Julian, are you deaf!” The coach immediately ran to Natalie and apologized, forgetting about Julian’s situation. In time, bonds began forming with Julian and other community kids.

In time, Julian’s confidence grew. Boxing played a vital role. He needed to channel pent up rage, especially in 2012, when Brandon was tragically killed to gun violence. In boxing, Julian found a welcoming environment. 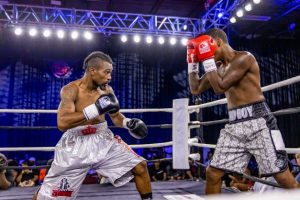 Julian Smith stopped Philadelphia’s Derrick Whitley Jr. in one round at the 2300 Arena in July. Smith was supposed to be the B-side.

“I remember my brother every time I step into the ring,” Julian signed through Natalie. “Sometimes I bring that anger in the ring. There are things that you never forget. Sometimes, those moments (in my youth) stay with me. I’ve learned to smile and not let anger take me over.

“People assume I’m dumb, because I can’t hear. I always want to prove to other people that we’re all the same. I want people to respect me. Hard-of-hearing people do have issues communicating, but you always have to respect people that have disabilities.”

Julian called his wife, Sabrina, and wanted to make sure his nine-month-old Julian Jr. was aware daddy won.

A few advantages Julian has is the ability to tune out pre-fight trash talk and crowd noise. He can hear the vibration of the 10-second clapper warnings and depends on ringside help and the referee to let him know a round is over.

“It takes effort to tune out negativity and the crowd, and when Julian fights, he can only focus on his opponent, which gives him tunnel vision and a great advantage,” said Carlos Jones, Julian’s trainer. “Julian is very smart. I show him what I want during fights and he’s able to take it in right away. He’s still dealing with some ignorance and opponents are avoiding him because of his skill level and his power.

“Julian can go as far as he wants. He can definitely one day for a world championship.”

Natalie is Julian’s manager and Team Smith would like to get a few more fights in before the end of the year. He is a free agent when it comes to a promoter.

Adam Glenn, the son of legendary trainer Jimmy Glenn, distributed the fight on BXNGTV.com streaming service for the last card Julian fought on in July. Adam noticed something when Julian was on the phone communicating with his wife after he won.

“I admire Julian, because all of the things a fighter goes through and that we take for granted, have to work differently for him,” Adam said. “I just remember after Julian won. I knew Julian’s situation and you wouldn’t know it, by the way Julian carries himself. He was waving and saying ‘Hi’ to his son on Facetime, and I remember looking at the fighters and everyone around him giving him these weird looks as they were passing by.

“I looked at these guys and I let them know what was going on. A lot of people react to things that they don’t understand and more people need to be sensitive. That’s what struck me. I’m sure he deals with the weird looks all of the time. There are things that have to work differently for Julian in a fight—and it worked when I saw him.

“I’m a fan. I hope he continues. Boxing is not easy for anyone. I hope he succeeds.”