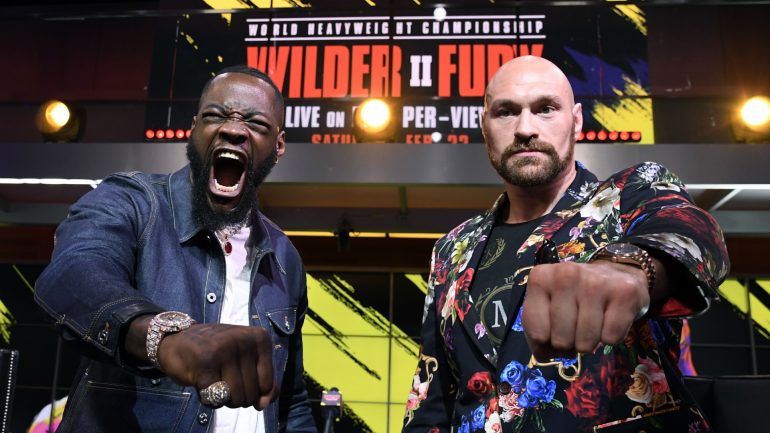 Deontay Wilder beat Tyson Fury once in the courtroom, now let’s see if the former WBC heavyweight titlist can do it once in the ring.

It appears, according to various reports, that Wilder (42-1-1, 41 knockouts) will get his chance at a third time against Fury, The Ring heavyweight world champion and WBC titlist.

The news was first reported by ESPN’s Ben Baby on ESPN.com.

After an arbitration ruling earlier this week in his favor, Wilder was able to halt the negotiations between Fury (30-0-1, 21 KOs) and IBF/WBA/WBO titlist Anthony Joshua, opening up the possibility of Fury-Wilder III. Neither Wilder nor Fury have fought since Fury demolished Wilder by seventh-round TKO on February 22, 2020, in Las Vegas.

According to ESPN, “Fury and Deontay Wilder have verbally agreed to terms on a third fight, multiple sources confirmed to ESPN. The fight is tentatively scheduled for July 24, with a site in Las Vegas to be determined, according to a source familiar with the negotiations. An alternate date targeted for the fight is Aug. 14, ESPN’s Mark Kriegel reported earlier Thursday.

“Top Rank’s Bob Arum told ESPN he expects the contracts to be signed in the coming days. Purses are split 60-40 in Fury’s favor for this trilogy fight, according to Kriegel.

ESPN’s Baby reported that, “after the arbitrator’s ruling, Arum indicated that the plan was to fight Wilder instead of paying him a step-aside fee to maintain the idea of a future bout against Joshua for the undisputed heavyweight title.”

On Tuesday, a charged-up Fury tweeted at Joshua, “I’ll smoke Wilder first then you will get yours.”

Oleksandr Usyk (18-0, 13 KOs) is the mandatory WBO challenger to Joshua (24-1, 22 KOs). Matchroom President Eddie Hearn recently said that if Fury was not available, Usyk could be a possible opponent to challenge Joshua. The Ring reported exclusively on Tuesday Usyk’s demands to fight Joshua as the WBO mandatory.