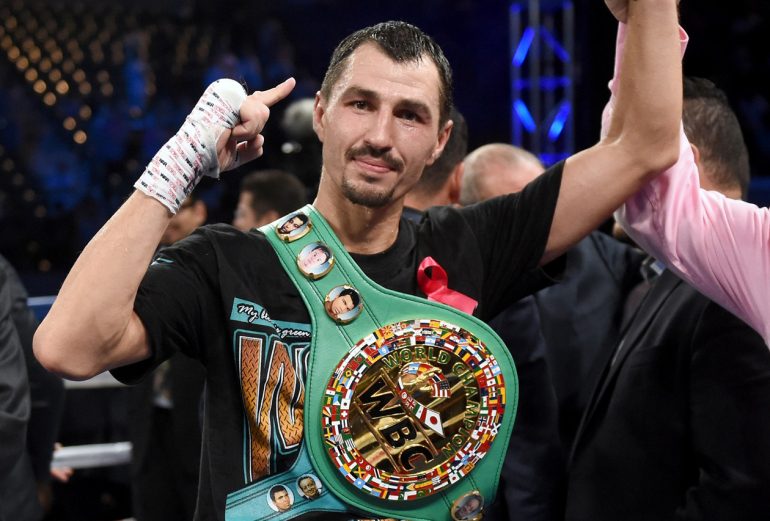 Photo by Naoki Fukuda
17
May
by Anson Wainwright

Postol, who is rated No. 4 by The Ring at 140 pounds, has fought both men. He 37-year-old Ukrainian gave Taylor a stern test but lost a 12-round unanimous decision in June 2018, and he pushed Ramirez hard before dropping a 12-round majority decision in August 2020.

The savvy technician is therefore well placed to assess the attributes of both fighters.

“It will be interesting fight to watch for every fan because the undisputed status is on the line,” Postol told The Ring through Oleg Ladik of Elite Boxing Promotions. “I’m eager to find out who gets the win.”

The ex-titleholder feels that Taylor’s versatility could be key for the Scotsman.

“Taylor’s keys would be his ability to box different ways – he can do that inside and outside,” said Postol, who hopes to return to action in the coming months. “He can be southpaw and then switch to orthodox. He can do things differently, always switching.” 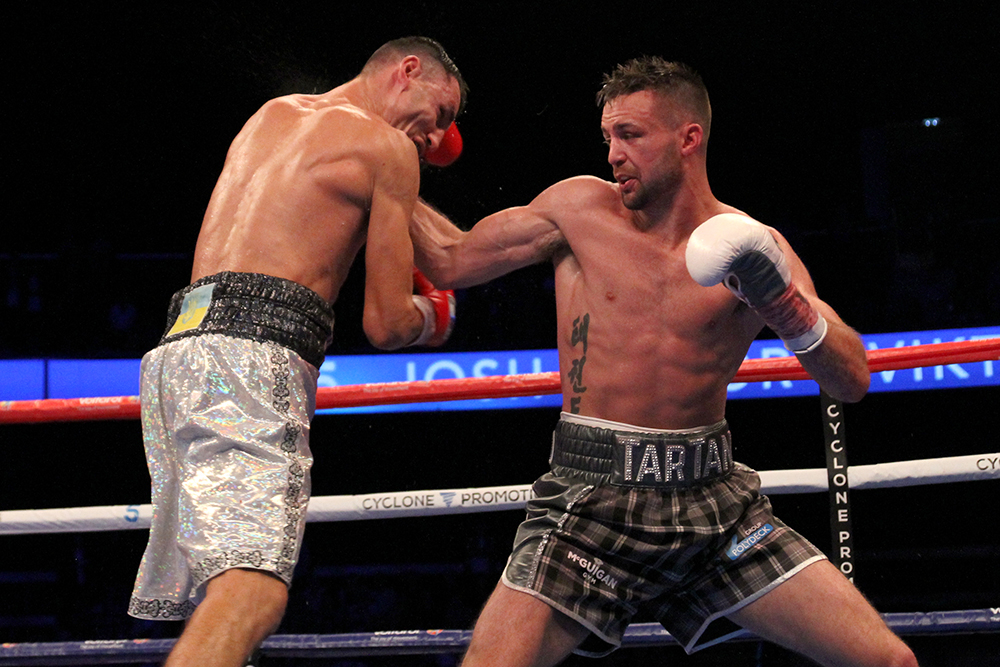 Postol feels that the all-out aggression of Ramirez, who, like Taylor, was a 2012 Olympian, could tip things in his favor. “Ramirez is good at always pressuring his opponents, he can rely on his power,” the former titleholder explained. “Taylor should be aware not of Ramirez’s constant pressure but of the power in his hands. If Ramirez catches Josh, he wouldn’t miss his chance.”

The skilled veteran also reiterated the danger Taylor presents when he switches from smart boxing to attack mode. “As I’ve already said, Taylor can box different ways; he is more versatile and can adapt to many styles,” Postol said. “He can go forward on Ramirez and beat him up in his yard as he also hits very hard.”

Postol broke down each fighter in 10 key categories:

JAB
Ramirez: His jab caught me more and I couldn’t avoid it.

DEFENSE
Ramirez: Ramirez has better defense. I couldn’t catch him with [a] good punch, while I delivered many more shots on Taylor.

HANDSPEED
It seemed to me they both have very good speed, so I can’t pick one.

FOOTWORK
Taylor: Taylor with no doubt. Taylor’s footwork is more advanced. It’s not as predictable as Ramirez. Jose chases you and doesn’t always cut the angles.

SMARTEST
Taylor: Taylor is not a straightforward fighter like Ramirez. Once you’ve adapted to his style and stance, he switches to another stance or position. If he sees he is not good at orthodox stance, he switches to southpaw. He tries to confuse you. It’s always difficult for a fighter to adapt to [someone with] different styles compared to the more strict Ramirez, who we always know will come forward.

STRONGEST
Taylor: Ramirez is very strong, but once you adapt to a fighter, your game plan is concentrated on avoiding damage and delivering problems he wouldn’t expect. I want to say that “strongest” to Taylor means he is a more advanced fighter than Ramirez. He is strong in almost every aspect, while Ramirez can just go forward on you, wants to crush you, and it doesn’t puzzle you. Taylor’s stamina is better, he doesn’t take big pauses, he isn’t gassing out towards the end of the fight.

POWER
Ramirez: Ramirez is a hard-hitter. I felt every power punch he delivered. This is what Taylor should be aware of.

CHIN
Ramirez: I saw Taylor is not comfortable with taking my punches, while Ramirez didn’t seem to lose focus when he took my blows.

SKILLS
Taylor: As I’ve said, he is a more diverse, versatile fighter. He uses tricks and can confuse you. He fights smart.

OVERALL
Taylor: Each is good at his own field. It’s hard to tell who is the better of the two, they are just different. I would give the slight edge to Taylor.

Postol expects an evenly contested bout and leans towards Taylor in terms of a prediction.

“If Ramirez can’t catch Taylor with a good punch, I’d go with Taylor,” he said. “I think Taylor has a little bit more of a chance to win. I think Taylor wins it on points in a close fight unless Ramirez catches him.”