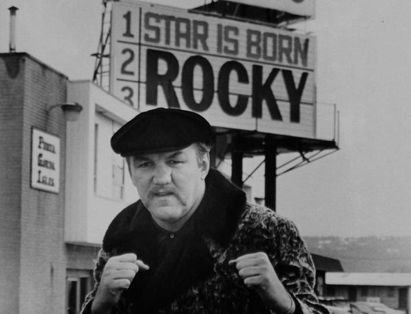 Chuck Wepner turned 82 today and to celebrate, him and his wife Linda will drive down to the Jersey shore and drop off a basket of wines, for a fundraiser for a friend with a sick dog.

The real-life Rocky shares the birthday with Linda, who is much younger than 82, so they will bask in the glow together today.

“I’ve had 21, 22 phone calls yesterday, and today,” said the man nicknamed “The Bayonne Bleeder,” who conjures fierce loyalty and fondness in those who’ve come to know him over the years. Wepner came on radars when he got picked to go some rounds with Muhammad Ali in 1975, but he did more than that, he made the champ work and drew kudos across the board for his ruggedness and moxie. 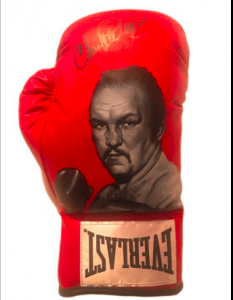 They made movies about the man, Sylvester Stallone put pen to paper when he heard about this humble soul working two jobs who boxed on the side, and got a crack at the crown. You know the flick, “Rocky.” And then Liev Schreiber played Wepner in the 2017 film “Chuck,” which went into detail on the colorful chapters of his book of life. There were downs as well as ups, zero doubt, but the way Wepner slipped, and ducked and blocked and rolled with the shots gains him new admirers constantly. Hear him tell his marvelous stories in his now voice here and here.

For 52 years, and to this day, Wepner works sales for Allied Beverage Group, one of the largest liquor and spirits distributors in the country, you know. Linda has a route too, has been doing it for 22 years. He shines the spotlight on the missus and tells me, “She’s a superstar.”

Wepner, who has a 36-14-2 record on BoxRec, for a few years has been trying to keep cancer on the back foot. I asked him how he’s doing. “I’m down 35-40 pounds,” he told me. “If I’m going to make a comeback, it’s gonna have to be at cruiserweight, I guess.” Not a hint of glumness in his voice, though, this is a man who understands the contract you sign by coming out of the womb. There will be struggles, there will always be fights.

He doesn’t get dark, though. He enjoyed those calls, like the one from Norm N. Night, the all-time all-star DJ. “He’s the king of the oldies,” Chuck told me.

We talked a bit of boxing. 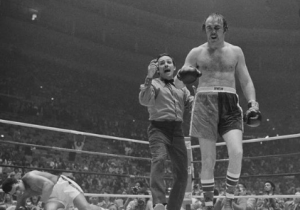 Down goes Ali, down goes Ali! Chuck told Al Braverman in the corner, ‘Start the car, we’re gonna be millionaires!’ Naw, Al said, Ali’s getting up and he looks pissed!

I told Wepner that I think he could still take out some of the young gun cruisers, based on his guts reservoir alone.

“We don’t even have an American heavyweight champ anymore. The heavyweights ain’t what they were. I was lucky enough to be in what they call a “Golden Era,” with Ali, Frazier, Foreman, Jerry Quarry, all them. That was a great bunch of guys, unfortunately there’s but two or three left.”

He said it matter of factly, only the tiniest hint of wistfullness present.

Wepner spent more time telling me how great a mutual friend of ours, Bob Mladinich, is.

This is a guy who gets it, has a handle on what values are actually of import.

Others fought in a fancier manner, and lost fewer fights, but Chuck Wepner is on my all-time great list, for being a solid citizen, and credit to the sport and the species.