The Ring Archive: The tale of Muhammad Ali-Chuck Wepner 45 years on 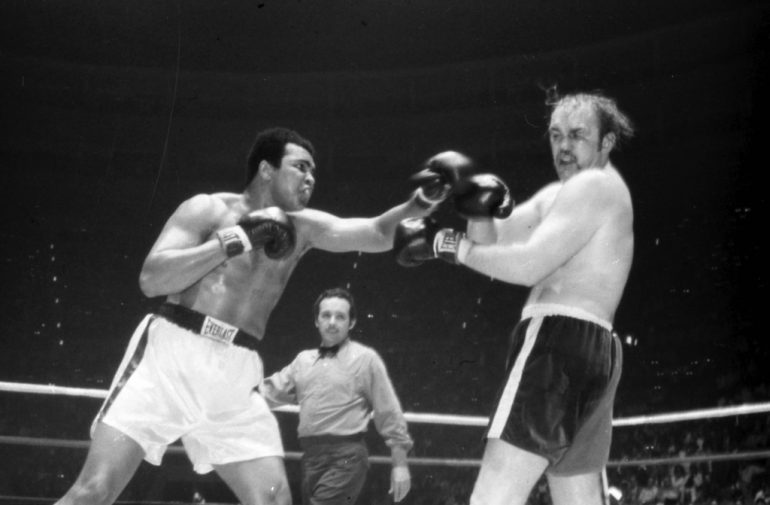 Following his spectacular heavyweight title triumph over George Foreman on October 30, 1974, Muhammad Ali was arguably the most famous man on the planet. In a glorious 14-year professional career, “The Greatest” had defeated every man he’d ever faced and there was nothing more to prove.

Wepner, known as the “Bayonne Bleeder” due to his tissue paper skin, had an unspectacular record of 31-9-2 (12 KOs) and there was absolutely nothing on his resume to suggest that he had a prayer. The 36-year-old journeyman’s main claims to fame were that he’d been stopped in three rounds by a novice version of Foreman in 1969 and had lasted until the ninth against a veteran version of Sonny Liston. The latter busted Wepner up so badly that he required 72 stitches in his face.

Not surprisingly, the bout was derided by fans and written off by experts as an unapologetic mismatch. However, Wepner did far better than anyone expected and the fight became famous – and in some ways notorious – for a variety of reasons. What follows is a series of pictures from The Ring archive that chronicle this memorable encounter and its aftermath: 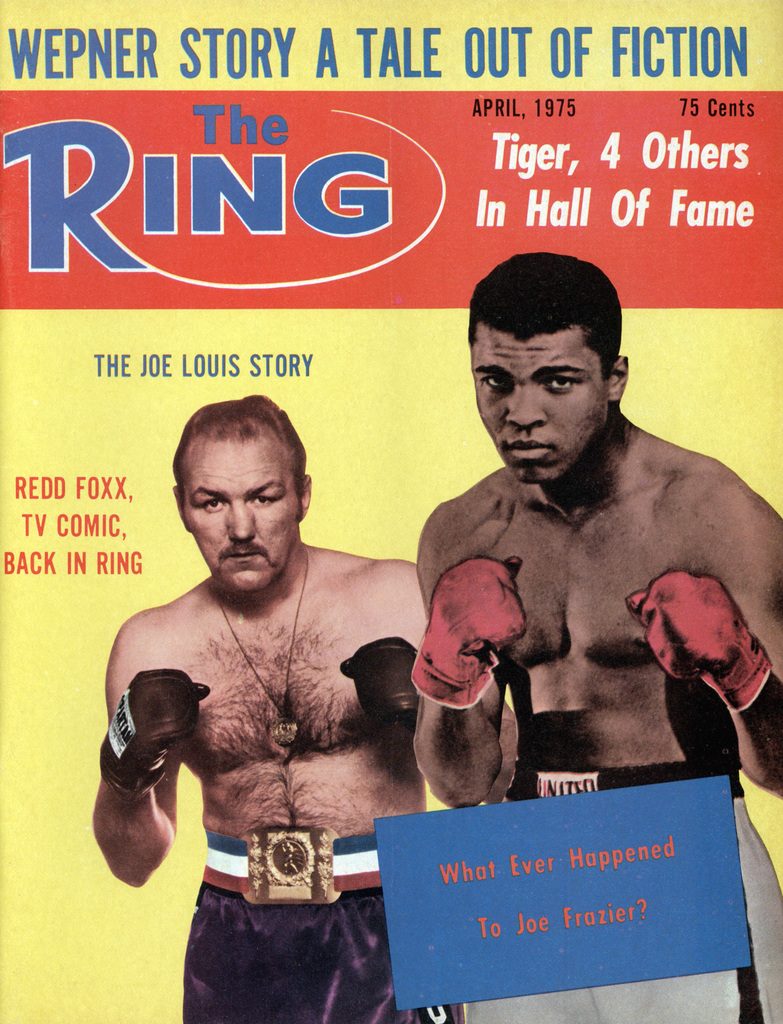 Due to Ali’s immense popularity, the Wepner bout featured as cover story in the April 1975 issue of Ring Magazine. 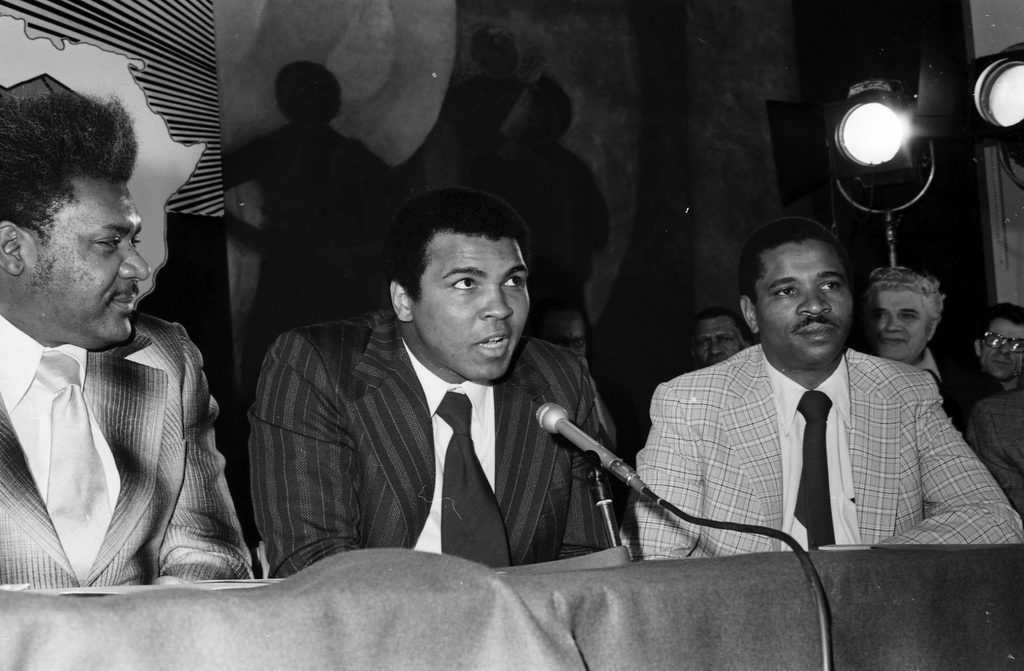 On March 5, 1975 Ali and promoter Don King announce that proceeds from the Wepner bout will be donated to the Sahel drought appeal in Africa. 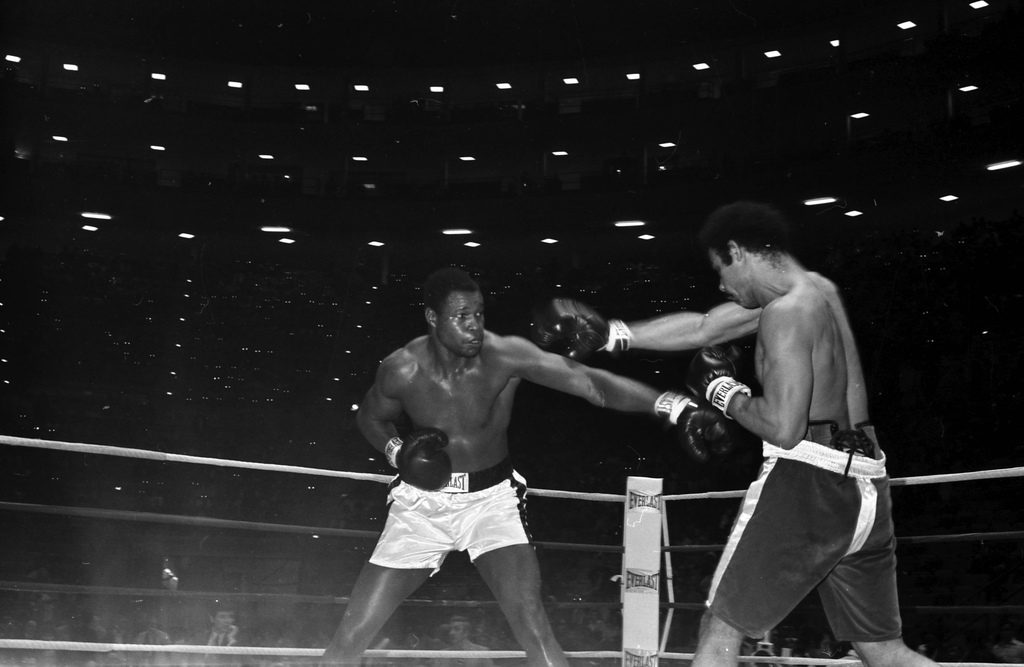 Future heavyweight champion of the world Larry Holmes knocks out Charlie Green in one round on the Ali-Wepner undercard. Holmes, who had been employed by Ali as a sparring partner for years, had helped prepare his mentor for what would be the final time. 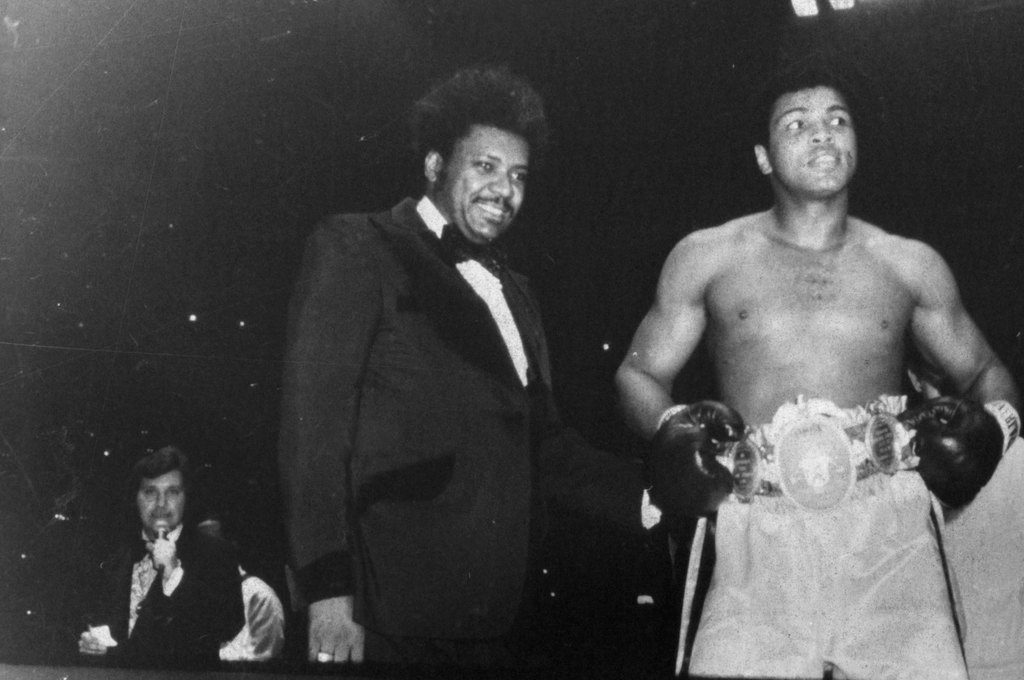 Prior to the bout taking place, Ali was presented with The Ring Magazine heavyweight championship belt that he’d earned with his KO 8 victory over Foreman. Former Editor-in-Chief Nat Loubet made the presentation. 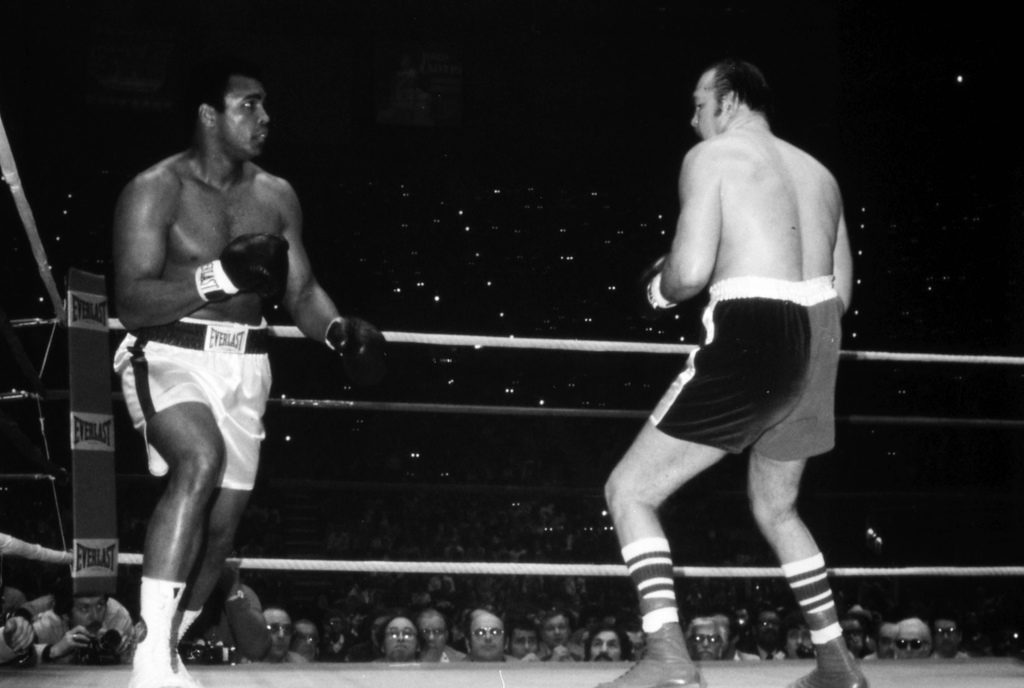 Ali moved on Wepner early and also covered up in his signature defensive cocoon, known as the “rope-a-dope”. Tempers frayed when Ali reacted furiously to what he perceived to be rabbit punches. Referee Tony Perez eventually admonished both fighters for illegal blows. 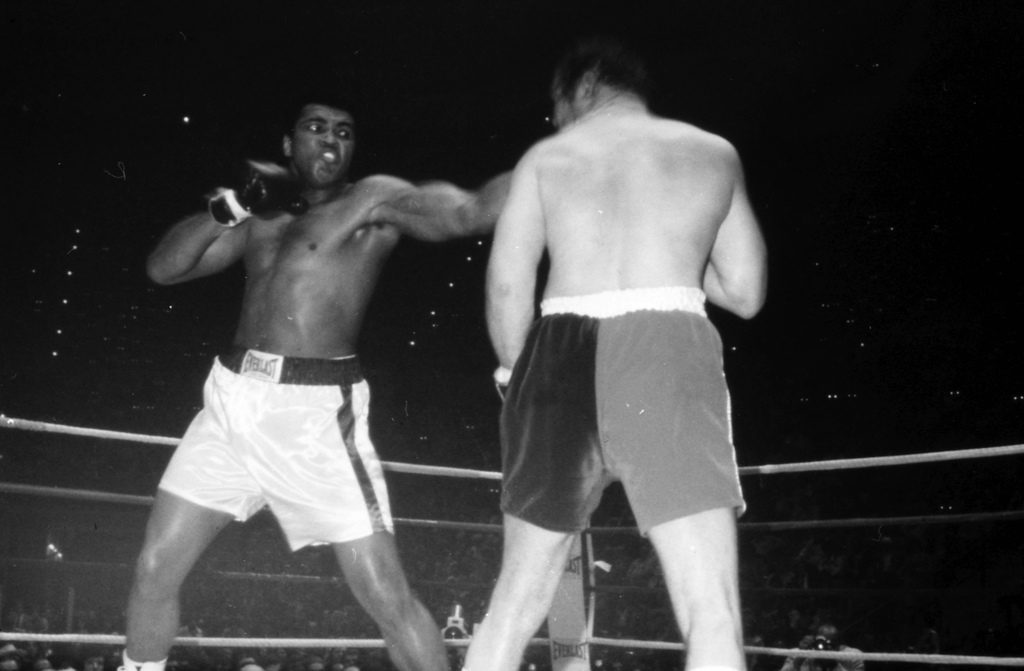 Ali rarely missed with the jab, which opened up cuts around Wepner’s face. 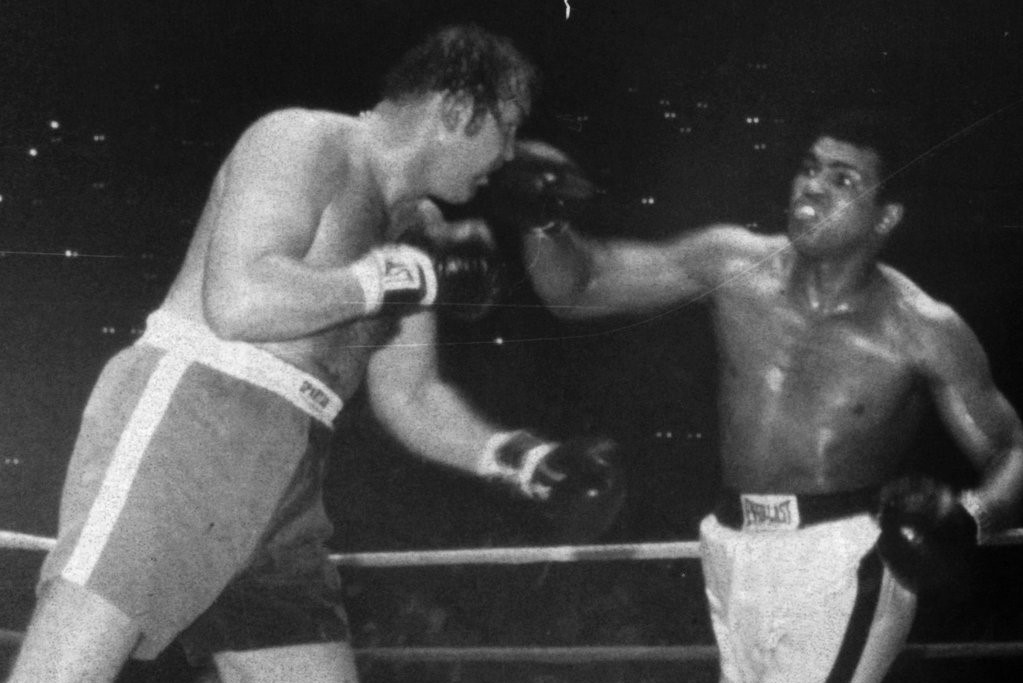 In Round 9 Ali hit the canvas following a right hand to the body and received an official count. Ringside photography would later show that Wepner had stood on Ali’s foot, which contributed to the champion losing his balance. Regardless, Ali was furious and cranked up the punishment. 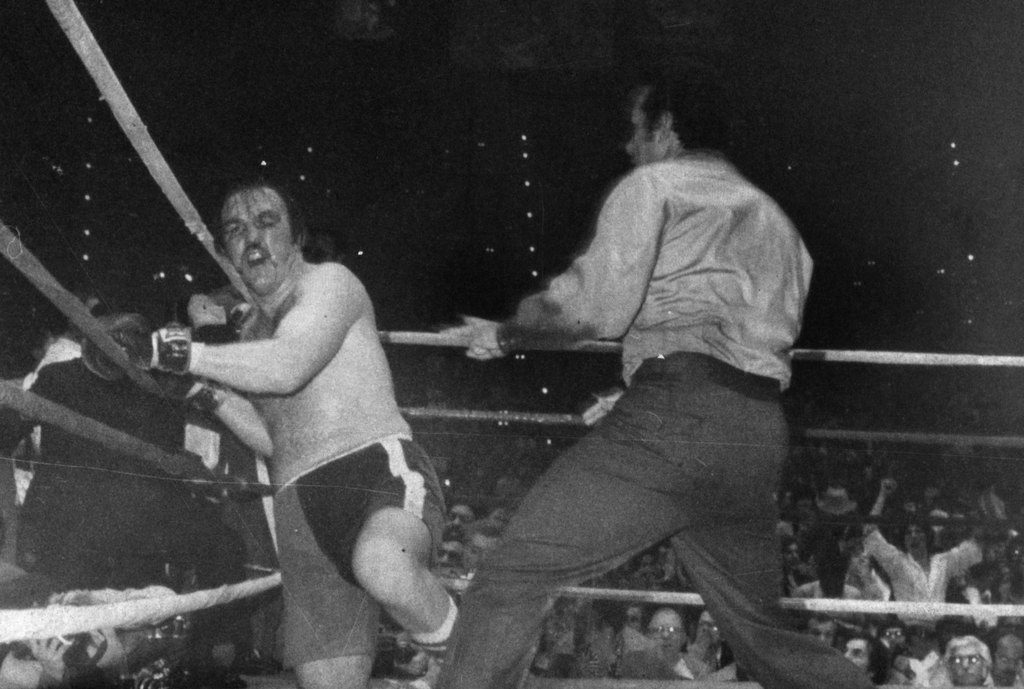 Wepner can’t take any more and hits the canvas following a flush right to the jaw in the 15th round. It was the first time “The Bayonne Bleeder” had ever been off his feet. Perez stopped the fight before completing the count – the official time was 2:41. 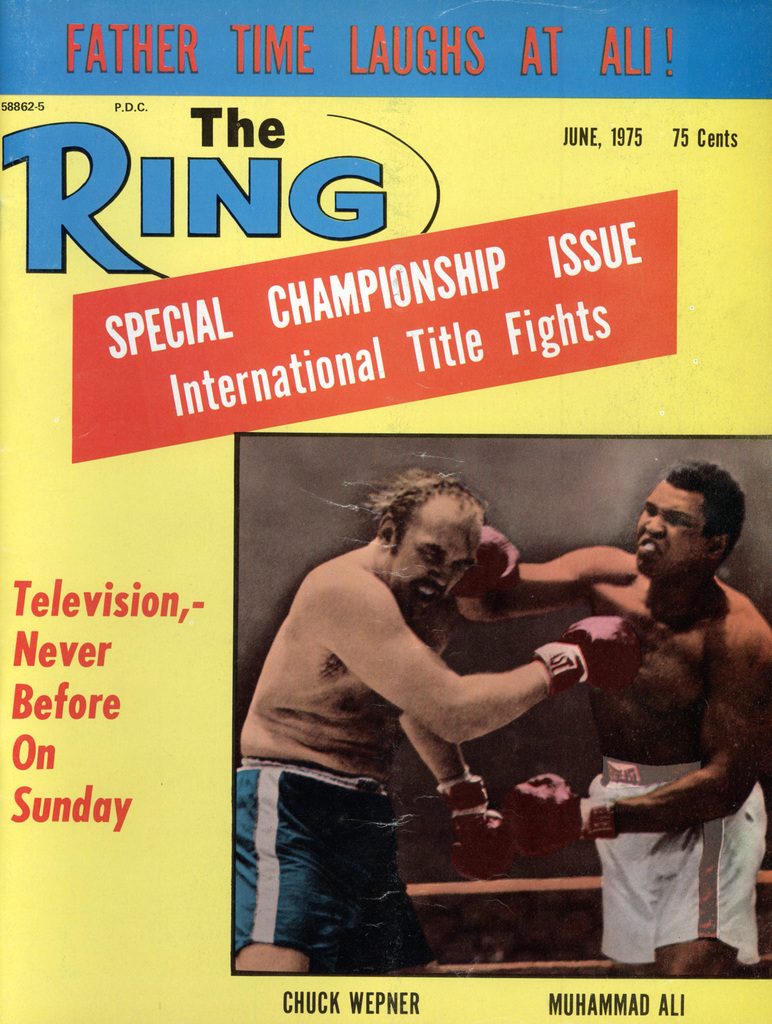 Ali, unhappy with Perez’s officiating, used an ABC post-fight show to vent his anger towards the referee. Perez’s response was a $20 million lawsuit, which was eventually quashed. The two men made peace years later. 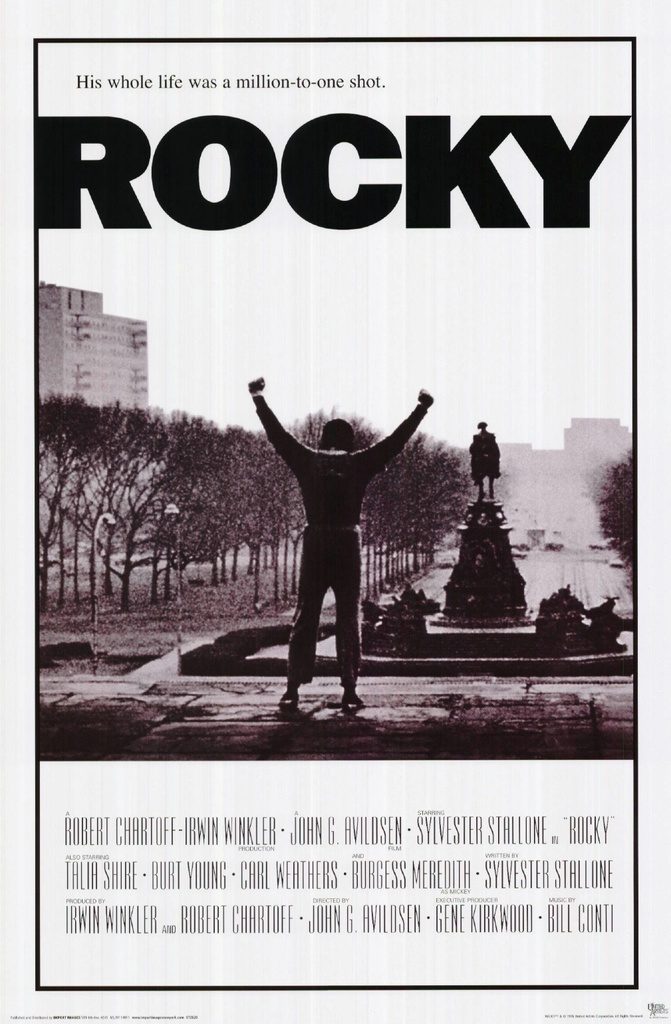 An unemployed actor named Sylvester Stallone watched the bout on closed-circuit and was so inspired that he decided to write a script that was loosely based on what transpired in the ring. Stallone wrote the screenplay for Rocky, the movie that launched his career, inside three weeks. Wepner, who became known as “The Real Rocky”, later sued the Hollywood star for “(promoting) the Rocky movies and related products for commercial purposes without consent and without compensation,” according to court documents.