The New Year in boxing has kicked off, but not really in earnest. We’re all trying to get a better sense of what 2021 will look like, what sorts of big bouts us fans will get to check out, and if indeed 2021 will be a bounceback year, after COVID made a shit show of 2021.

My friend David McWater of Split T calculated that as compared to 2019, there were 87% fewer pro boxing matches booked. So, we can assume, I think, that we should get closer to that 2019 number, in terms of quantity, in 2021.

But what about quality?

The dynamic duopoly at SiriusXM, Ak and Barak, had Eddie Hearn, the Brit matchmaker, on their radio show, and looked for some hints as to what the Matchroom honcho is trying to put together in this first quarter, and beyond. 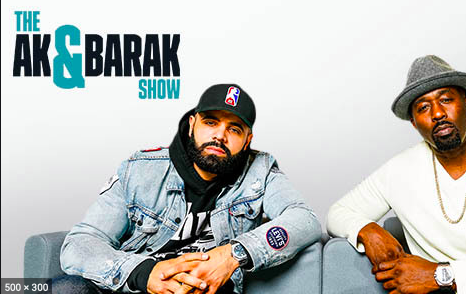 Eddie Hearn appears on the Ak & Barak Show once a week, on SiriusXM. Their show also is available on DAZN platform.

“I think we’ll see Matchroom involved in some way in what’s next for Canelo,” he said, and yes, he’d like see Canelo fight on DAZN next.

He didn’t sound incredibly confident that for Canelo’s next outing, which may likely come against the 21-2 Turk Avni Yildirim, it will unfold on DAZN.

But of course, you all know that COVID is still making the rounds, in vicious and somewhat arbitrary fashion.

In the UK, Hearn said, the numbers are bad. The sports authorities said to take January off, not schedule any shows in England, so he’s looking to come out hard in February.

“For me, the only way we’re going to return to (normalcy) is through the vaccine,” Hearn said, acknowledging that there are plenty of folks who don’t trust science, and the government, and are super skeptical about the coronavirus vaccine. (Hearing him say that made me think about the radio spot I heard today. The gist is this…”You say you are dubious about the vaccine, and don’t want to have that in your body. And you are the same person who said, ‘Yahoo, McDonald’s is bringing back the McRib!” I’m with Hearn on this issue…)

The promoter stayed on that subject, for a spell, noting that, “Your country is mad, turn on the news, you got people in the Capitol building taking selfies (while rioting),” he said.

Hearn will be rolling out a bunch of fights on Friday. March 6, he told the gents, will be the date for an Alexander Povetkin v Dillian Whyte rematch. (They met on August 22, with the Russian leaving the ring in England boasting a KO of the Year candidate win to his credit.)

“Big, big fight for Dillian Whyte, it’s must win,” Hearn said. And if Whyte gets the nod this time, and eludes that Povetkin uppercut, then Hearn would dig seeing Deontay Wilder face off with Whyte.

Speaking of heavyweights, what about an Anthony Joshua vs Tyson Fury bout? Hearn says he’s fielded like 5 or 6 offers, from various backers in various countries. That includes a nation or two in the Middle East, and he mentioned Saudi Arabia and Qatar, as the sorts of places where the tussle could land. “I haven’t spotted anyone on either side who doesn’t want to get it done and I think we’re closing in,” he said.

Hearn was asked about a Devin Haney-Teofimo Lopez scrap. Hearn said that no, he’d not be inclined to have a setup that pays Lopez $10 million for that duty. The promoter continued, and said he likes that Lopez is actually interested in meeting Haney. Eddie said that if a Ryan Garcia v Tank Davis match can’t get made, then Ryan should latch on to a meeting with Haney. There are no political worries in making that one, he said. Hearn said that he wouldn’t want to be Bob Arum, who has to deal with Teofimo Lopez and his father, because they are asking for pretty pennies. “Teofimo, go and get your ten mill, it ain’t coming from me,” he said.

Eddie then did an Arum imitation, and Barak noted, correctly, that Hearn was doing a Burgess Meredith-Trainer Mick voice, not an Arum one. 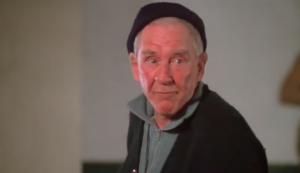 Hearn is a better promoter than mimic. Mickey Goldmill, ex fighter turned trainer, maybe based on Charley Goldman of Red Hook, Brooklyn. Arum, born in Brooklyn, a character wholly unto himself.

And what about maybe a Triple G-Boo Boo Andrade match?

“I think nobody is putting their hand up and saying, ‘I wanna fight Demetrius Andrade,”’ unless they are somebody who needs to take a risky fight.

He gets it, he said, Boo Boo is very skilled, and a hard out, and if he was an athlete, he too might be inclined to avoid such a technician.

If DAZN tells GGG that they’d really like a Boo v GGG fight, then it’s more likely to get made, Hearn stated. He admitted that there are unanswered questions about Boo Boo, so he’s not wanting to make a quick pick on who wins GGG v Boo Boo.

GGG will make Boo Boo answer so questions, like how great his chin is, how well does he fight in a trench war, in his mind.

Hearn took a whack at the politics in boxing, and how powers that be, and managment decisions, keep the sport down. Why not make a Boo Boo Andrade vs Jermall Charlo fight? Hearn believes that him and the Andrade side were more than reasonable, when talking about making a fight with Jermall, but the business is sometimes set in its ways.

They chatted about Devin Haney some–Hearn said that Vasiliy Lomachenko would be a great option for Haney. “He is a breakout fight,” Hearn said, keeping at his theory that Haney needs a match where he gets it, and he wins, and looks good, and that’s how Haney will hop to that next level in popularity.

Feel free to tell us what of those fights, and possible fights, that Hearn and the hosts spoke on speaks most to you, and is highest on your wish list.