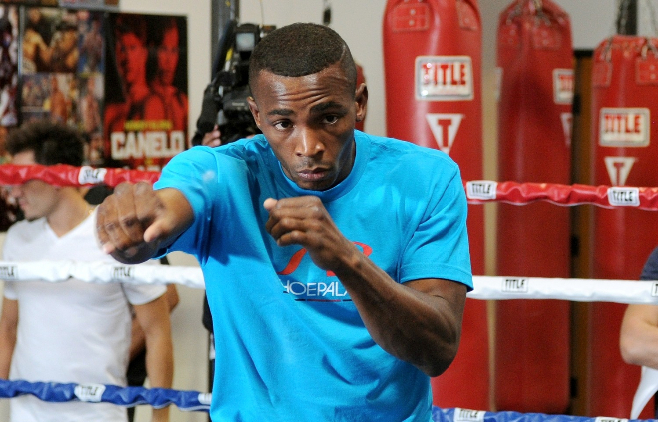 Premier Boxing Champions also announced another fight card that will take place on Sunday, June 6 as Yordenis Ugas will square off against Abel Ramos in a 12-round bout.

Lara (26-3-3, 15 knockouts), who grew up in Cuba and now resides in Houston, Texas, will enter the ring against Vendetti two days short of a full year since he last fought. In that fight, the southpaw Lara battered Ramon Alvarez, the older brother of Canelo Alvarez, before stopping him in round 2 in Minneapolis, Minnesota.

The 37-year-old previously fought on March 2 of last year in Brooklyn, New York, fighting to a split-decision draw against Brian Castano. Lara held the WBA junior middleweight title, which he defended five times, but lost the belt to Jarret Hurd in an action fight that was a contender for the 2018 Ring Magazine ‘Fight of the Year.’

Lara is currently ranked No. 5 by The Ring at 154 pounds.

Vendetti (22-3-1, 12 KOs), who resides in the Boston, Massachusetts suburb of Stoneham, will be taking a significant step-up in opposition when he squares off against Lara. In his last bout on July 12 of last year, Vendetti defeated Michael Anderson by unanimous decision. He has won his last two bouts since losing by knockout to contender Michel Soro in December 2018.

Ugas (25-4, 12 KOs) last saw action on February 1, dominating Mike Dallas before the fight was stopped after the end of round 7. Ugas, who is originally from Cuba and now resides in Miami, Florida, has won his last two bouts since losing a controversial decision to then-WBC titleholder Shawn Porter on March 9 of last year.

Ramos (26-3-2, 20 KOs), who resides in Casas Grande, Arizona, rallied from a deficit against Bryant Perrella to win by knockout on February 15. Ramos dropped Perrella twice before the fight ended one second before the end of round 10.

The 29-year-old has won his last eight bouts, seven by knockout, since losing by majority decision to Jamal James in April 2018.

In the co-feature, former IBF lightweight titleholder Rances Barthelemy (27-1-1, 14 KOs), another fighter who was born in Cuba and now residing in Las Vegas, will face unbeaten Alberto Puello (17-0, 9 KOs) of the Dominican Republic in a 12-round junior welterweight bout.

Barthelemy, who is ranked No. 10 by The Ring at 135 pounds, last fought on April 27 of last year, fighting to a split-decision draw against Robert Easter in a dull fight. He has only won once in his last three fights.