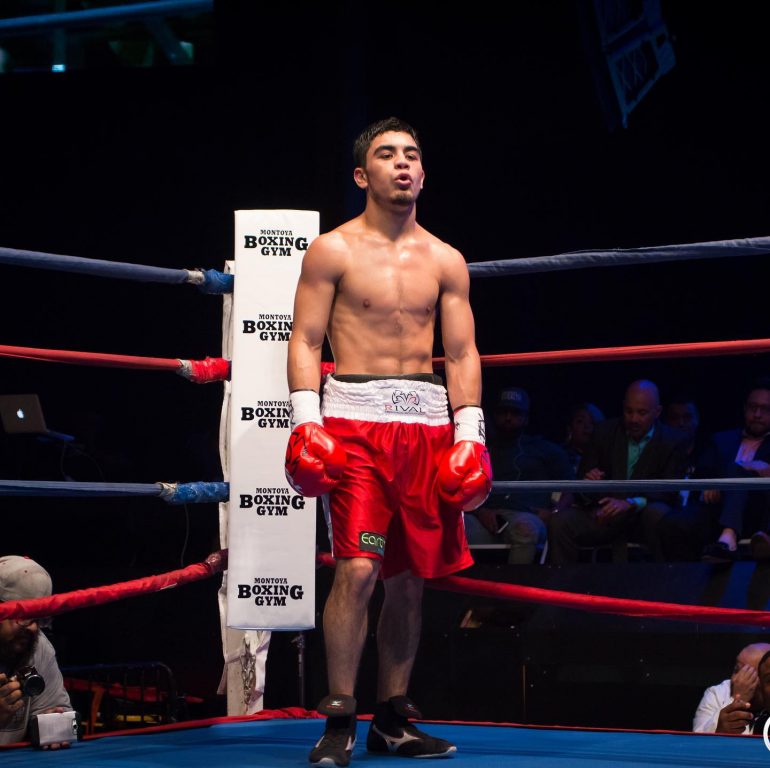 Edward Vazquez is looking ahead toward greener pastures as he savors his first opportunity to fight on ESPN.

The 126-pound prospect takes on Luis Melendez in his first eight-round bout on a Top Rank on ESPN card on July 14 at The Bubble inside the MGM Grand in Las Vegas.

Vazquez is (7-0, 1 knockout), of Fort Worth, Texas, is coming off his first knockout as a professional, when he scored a third-round knockout of Alejandro Moreno last November in a home state victory.

But Vazquez, a father of a baby girl, is not one to gloat.

“It felt great to get my first knockout,” Vazquez told The Ring. “But to be honest, he wasn’t that great of an opponent. I was probably like the 14th guy in a row to hand him a loss, so it wasn’t monumental, but it’s still a win.”

Prior to the fight, Vazquez had been inactive for nearly 10 months due to promotional issues with former promoter Roy Jones Jr. Boxing Promotions.

The rumor floating around the mill was that Vazquez was simply unwilling to fight, but the 24-year-old said that wasn’t the case.

“The last time they offered me a fight, they offered me Yeuri Andujar (who suffered a first-round knockout on June 9 to Robeisy Ramirez on ESPN), and the fight was supposed to take place in Vegas,” he added. “They wanted me to pay for all of my own medicals, my own brain scan, and my own blood work. At the end of the night, I was probably going to walk away with like $1,000, dude.

“I’ll fight anybody. It had nothing to do with me not wanting to fight anybody, but for $1,000? I’m not doing it. Leaving that promotional company was probably the best decision I could have made honestly.”

Vazquez, who is now signed with John Anderson’s KO Night Boxing based in Las Vegas, said there is no added pressure fighting on ESPN for the first time in his career.

“I have been in this business for over 17 years now, so it’s not so much added pressure,” he said. “It is extra motivation for me to work harder and to showcase my talents to the millions of people who will be tuning in to ESPN.”

Vazquez will square off against Melendez (8-1, 6 KOs), a Puerto Rico native based in Miami, who has won three consecutive fights by knockout, including a first-round destruction on February 20.

But Vazquez has been in the film room “studying the hell out of his opponent.”

“I’m a big proponent of film study, taking notes, and applying what I learned in the gym,” he continued. “At the gym, we focus on repetition and my strengths.”