Joshua Greer: ‘I’m going to make a statement by knocking Plania out’ 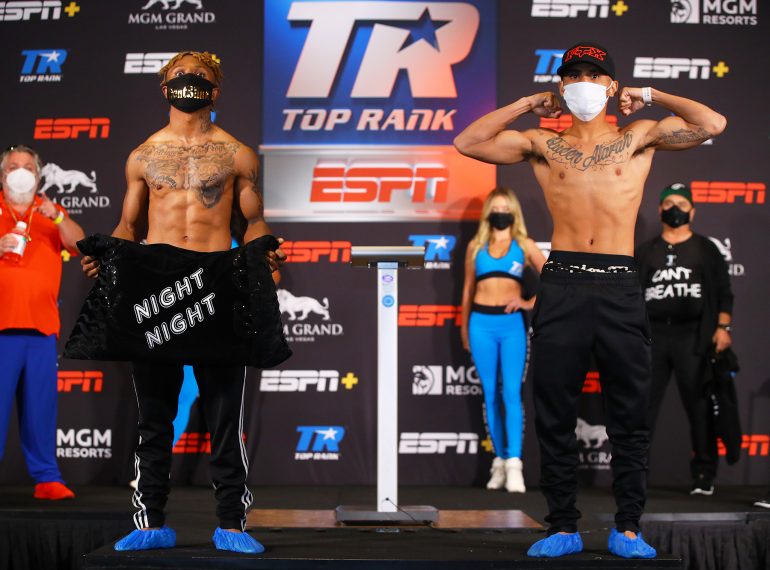 Joshua Greer may have been a decent prospect just a few years ago, but he was sure a better version of himself lied within. After deciding to dedicate himself more to the sweet science, the outspoken Greer has not looked back.

After signing on with a major promoter and becoming a contender in one of boxing’s most talented divisions, Greer is confident he will one day win a world title belt.

Greer will square off against Mike Plania of the Philippines Tuesday night at the MGM Grand Conference Center in Las Vegas, Nevada. The 10-round bout will air live on ESPN (8 p.m. ET/ 5 p.m. PT).

Greer (22-1-1, 12 knockouts) has made the transition from prospect to bantamweight contender over the last several months. He has not looked back since suffering the only loss of his career at the hands of current unbeaten junior featherweight contender Stephon Fulton in December 2015, and has won his last 19 bouts.

The rise to contender status has not been easy for Greer, as he has faced stiffer opposition over his last couple of fights. Greer won a hard-fought majority decision over Nikolai Potapov on July 13 before defeating former world title challenger Antonio Nieves by unanimous decision in a very close fight on October 26.

Greer will face Plania, who has fought most recently in South Florida, and has won his last eight bouts since losing to former world title challenger Juan Carlos Payano in March 2018. Greer has nothing personal against Plania, but believes the Filipino fighter is in the way of finalizing a significant fight later this year.

“He’s a good fighter and a tough kid,” Greer told The Ring over the phone on Friday. “I’m going to display my natural ability and break him down from round 1. I’m going to make Mike Plania a victim of my preparation for this fight. I’m going to make a statement by knocking him out, if the opportunity presents itself during the fight.”

Following the loss to Fulton, the 26-year-old fought often for various promoters across the country. He fought eight times in 2016, earning a March 2017 appearance on ‘ShoBox,’ where he scored a highlight-reel knockout victory over James Smith. It was that performance where Greer began promoting his “Night, Night” brand, where he has the phrase printed on an over-sized pillow, something he still does to this day.

Greer earned a few more ‘ShoBox’ dates, but it was not until Top Rank signed him in the summer of 2018 where his career began to take flight. For Greer, it was a turning point.

“The difference between now and then is that my career has tunnel-vision,” said Greer, who is ranked No. 7 by The Ring. “I eat, think and sleep boxing. I’m a contender that wants to develop into becoming a champion. I don’t want to be another fighter, but I want to be something special in the sport. I’ve dedicated my life to boxing.”

Greer is the mandatory challenger for the WBO title, which is currently held by John Riel Casimero. He also holds a top-10 ranking in two other sanctioning bodies.

“I believe I’m the best bantamweight in the world. A lot of people don’t know or understand that. I stand out to a lot of people because I bring a lot to the table. The world hasn’t seen the best of me yet. I actually want to fight both Inoue and Casimero. I know that they’re supposed to fight each other, but I’ll fight Casimero in (Las) Vegas. I know I will come out victorious.”

Greer has come a long way from fighting in front of half-empty crowds and bing halls to now becoming a contender in a very competitive division. He credits his upbringing in Chicago, where he became mentally-strong to deal with issues in and around his neighborhood.

Now that he could be one step away from landing a significant fight, Greer believes that mindset has been a positive aspect to his career.

“I’ve been through a lot of trials and tribulations to be here. I’m going to continue driving forward and take pride in myself in what I want to do in the sport. I’m not surprised at the benefits I’ve reaped. I fell in love with the sport and I want to continue to accomplish my goals.”