Thousands of miles from home, Mike Plania gets the call to fight 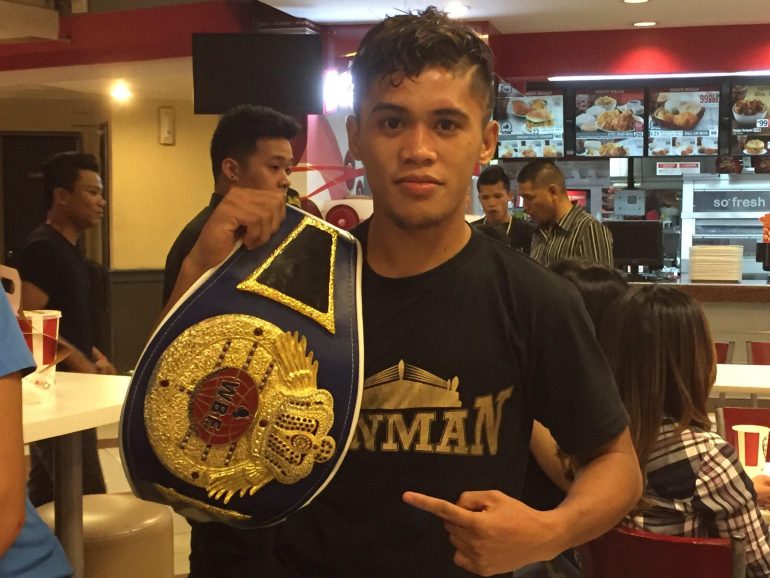 Mike Plania and the rest of his training mates were setting up the ring and chairs for a boxing show later that day in Miami when the word came down that the card was being canceled. Their gym mate, welterweight Jameson Bacon, was back at their shared home, eating breakfast when he found out, after having made weight the previous afternoon.

That day, March 13, marked the beginning of a months-long pause in boxing for Plania and most other fighters around the world. He was thousands of miles away from his home of General Santos City, Philippines, isolated from family and unsure of when his career would resume.

“We were stuck in the quarters for months and we didn’t go out,” said Plania (23-1, 12 knockouts), who competes in the junior featherweight division.

After taking a month off, Plania went back to work with trainer Osmiri “Moro” Fernandez, staying ready for the time when sports events in the United States can resume.

That preparedness served him well, as he’ll face Joshua Greer (22-1-1, 12 knockouts) in a ten-round bout on June 16 at the MGM Grand in Las Vegas. Greer is the WBO’s no. 1 rated contender at 118 pounds, but the fight will take place at a catchweight of 120 pounds, and will headline one of six cards that Top Rank has announced for the month of June.

The 23-year-old Plania had been fighting as a bantamweight just two years ago, and says he doesn’t think cutting two pounds from his current fighting weight will be too difficult.

For Plania, this will be his second significant step-up test, having won eight straight since his lone defeat, a unanimous decision loss to former WBA bantamweight titleholder Juan Carlos Payano. Plania knocked him down in round three, and appeared on his way to victory, but the more experienced Payano got off the canvas and outhustled him down the stretch. 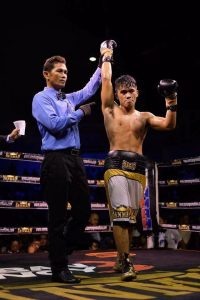 “He had just turned 21 at that time, and didn’t have the experience to bang with a true world champion,” said Jim Claude Manangquil, Plania’s promoter. “He was faster and stronger than Payano but Payano outsmarted him in the late stages.”

Being based in the United States, while other fighters are unable to compete or travel abroad during the pandemic, means he’s the first Filipino to get back into the ring after boxing action resumed.

Plania is hoping boxing can propel him to a more prosperous life than the one he was born into. One of three children born to a tricycle driver in General Santos, Plania began training in the sport at age nine. To make a few extra pesos, Plania navigated the busy streets as a “barker,” guiding cars into parking spaces and watching over them while the drivers shopped.

Plania had an estimated 300 amateur fights, and earned a spot on the Philippine national team. He represented his country at the 2011 AIBA Youth World Championships and turned pro in 2014.

In his last fight, Plania turned in what may have been his finest performance in a win to date, outfighting the unbeaten Giovanni Gutierrez last December to earn a unanimous decision.

Greer, 25, has risen to become a top contender at 118 pounds because of his big power, which he advertises by carrying a pillow to the ring. He had scored seven stoppages in a row, but the Chicago resident has gone the distance in his last two fights, against his two most experienced foes to date, including a close majority decision win over Nikolai Potapov and a unanimous decision over former title challenger Antonio Nieves.

“Greer is a good fighter but he should not get overconfident or take Plania lightly or else it will be the other way around of his ‘night night’ pillow for him,” said Jim Manangquil. He says that the other four Filipino boxers he has based with Plania in Miami – Bacon (23-4, 15 KOs), Reymart Gaballo (23-0, 20 KOs), Mark Bernaldez (20-3, 14 KOs) and John Vincent Moralde (23-3, 13 KOs) – are expected back in the ring in June and July.

Plania says he understands the risk Greer represents, but believes this second step-up test is one he will pass.

“For me, Greer is a world class fighter,” said Plania. “But this coming fight I will show everyone how good I am, and what’s the ability of Mike Plania in the ring.”