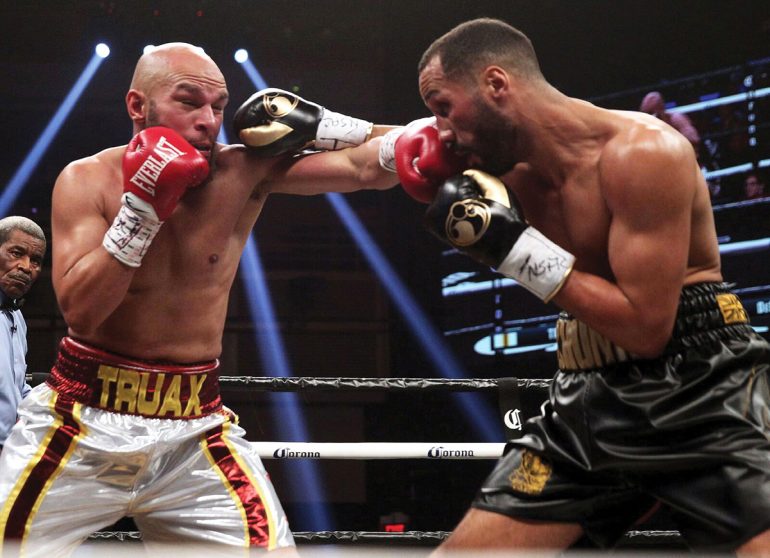 Like millions of people around the world, Caleb Truax was heartbroken by the killing of George Floyd on May 25. Truax watched in horror as Floyd’s life was choked away beneath the knee of a Minneapolis police officer, even after he said, “I can’t breathe.”

Having grown up just 15 minutes from Minnesota’s biggest city, Truax knows firsthand just how quickly a banal incident can turn life-threatening for a black man.

About a decade ago, Truax was driving home from a Minnesota Twins baseball game when he was pulled over by police. There was an emergency vehicle on the side of the road, and Truax was unable to move out of the traffic lanes of the two-lane highway. As the officer approached his window, Truax reached into the glove compartment to retrieve his license and insurance card. By the time he could turn around, an officer was at his window, screaming, with a gun drawn at him.

“I just sat there for a couple of minutes, shook, like ‘Jesus Christ, I almost got shot for reaching in my glove box to get my insurance card out,’” remembers Truax (31-4-2, 19 knockouts). The incident ended without a summons after he explained his actions.

The memory of the experience remains traumatizing. “Every time a cop gets behind me, my heart drops and I get nervous and think, ‘Is this dude gonna pull me over and mistake me for someone else and blow my brains out?’”

He was able to go on to become a father, to graduate from University of Minnesota with degrees in sociology and African American studies. In 2017, he defeated James DeGale to become IBF super middleweight champion. Many others who have run-ins with police officers did not get to fulfill their potential.

Given that young people of color tend to be the most prolific boxers in America, and that black men in America are 2.5 times more likely to be killed by police officers than white men are, it’s understandable why so many in the boxing community have expressed their outrage, grief and determination to affect positive change. Fighters like Sugar Ray Leonard, Claressa Shields and Deontay Wilder have used their platforms to speak out against racial profiling. Floyd Mayweather Jr. made headlines last week after picking up the tab for George Floyd’s funeral services in Minneapolis, Houston and Charlotte, N.C.

Irish contender Michael Conlan was one of several international fighters to proclaim “Black Lives Matter” while promoter Lou DiBella, never one to shy away from a political or social issues conversation, tweeted, “If the term #BlackLivesMatter sets you off, or causes you to immediately counter with ‘all lives matter’, at this moment in history, then you are part of the problem.”

Ishe Smith, the former IBF junior middleweight titleholder, has been one of the most outspoken boxers on social media since Floyd’s death. Growing up in Las Vegas, he says he has had good experiences with police, like the time he was pulled over without his license and was let go with a warning, and he’s had bad experiences as well. The worst encounter he says was when he was 17 years old, shortly before he competed at the 1996 Olympic trials. He was at a bus stop, arguing with his then-girlfriend, when police intervened. After holding him for thirty minutes, the two were told to leave going separate directions. When he got home, Smith says his girlfriend told him that the police had been pressuring her to say Smith had hit her so that they could arrest him and take him to jail.

“That could have affected my whole life,” said Smith (29-11, 12 KOs), who has been retired from the ring since 2019. He remembers seeing the Rodney King beating in Los Angeles as a kid, and, in the nearly 30 years since, has committed many other names to memory.

Historically, there have been few athletes more outspoken on matters of inequality than Muhammad Ali, who declined to accept induction into the U.S. military to serve in the Vietnam War, declaring that his quarrel was not with the Vietnamese people, but with those at home who opposed civil rights efforts.

Ali emerged from his exile in Chicago, where he lived after being stripped of the heavyweight championship for refusing the draft, and joined Martin Luther King Jr. at a demonstration in Louisville in 1967, stepping to the front lines of a bitter dispute over segregated housing.

There Ali told a crowd: “In your struggle for freedom, justice and equality, I am with you. I came to Louisville because I could not remain silent in Chicago while my own people, many of whom I grew up with, went to school with, and some of whom are my blood relatives, were being beaten, stomped and kicked in the streets simply because they want freedom, justice and equality in housing.”

The outrage has spilled into the streets, with protests taking place in all 50 states, with former champions like Evander Holyfield, Regis Prograis and Austin Trout among those who have participated across the country. In many places, like Flint, Mich. and Schenectady, N.Y., the protests have remained peaceful, even harmonious with police officers. In other places, like Brooklyn and Washington D.C., that hasn’t been the case.

Truax says he’s opposed to the violent aspects of some of the protests, but says great change has come from civil disobedience in the past.

“I don’t condone any kind of violence or rioting or looting. I think a lot of it is despicable but at the same time, people always say go out and vote and peacefully protest but that doesn’t seem to be working,” said Truax. “Will burning down your own businesses in your community help get people’s attention? I don’t think so. I think it’s self destructive, but at the same time the other stuff isn’t working so maybe this does. I know in Los Angeles after the Rodney King riots, that affected some change, they had an overhaul of the police department, the way they policed African American communities, and maybe this is what needed to be done to get change.”

Smith says that he understands the impulse to hit the streets, and, like 54 percent of those polled by Monmouth University, agreed that burning the Third Precinct building in Minneapolis, where the four ex-officers charged in Floyd’s death worked, was an acceptable form of protest. Where he drew the line was when retired police captain David Dorn was shot and killed by looters while protecting a St. Louis pawn shop on Tuesday.

“I think there has to be some type of violence to reach revolution,” said Smith. “I think when you start committing crimes, you’re not honoring George Floyd in any way. You’re not affecting change.

“When you get to stealing and looting, I think you lose the message, especially when you start killing people,” continued Smith. “We go out, march, chant ‘Black Lives Matter!’ and then you got the other side saying ‘All Lives Matter.’ Well, all lives didn’t go through 400 years of slavery, didn’t go through rapes and murders. They didn’t go through husbands being separated from their wives so slave owners can have sex with them.”

There is growing evidence that the protests are beginning to affect change, with plans to remove confederate statues across the south and congress planning to draft ambitious police reform bills. 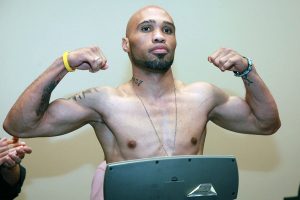 In Minneapolis, city council members are proposing abolishing the police department and replacing it with unarmed safety patrols. Truax has mixed feelings on that plan, saying that, while he has seen similar systems work in Europe, he worries about law enforcement workers going into situations without firearms in a state where over one third of residents own at least one gun. “The people that are policing those communities just need to get to know the people that are there. Right now, the way it’s going, they’re getting to know them is by shaking them down and harassing them and arresting them, and that’s obviously not the way to go,” said Truax.

Though all four police officers who participated in Floyd’s killing have been arrested and charged with crimes ranging from second degree murder to aiding and abetting second degree murder, Truax isn’t at ease yet. He’s seen too many similar cases where officers were acquitted, like the 2017 shooting of Philando Castile in Falcon Heights, Minnesota, just down the road from where he grew up in Osseo, to celebrate just yet.

Understanding and education, Truax says, will go a long way towards healing divides and bridging the racial gaps that continue to exist in America.

“I think the number one thing is just listen. A lot of times when a conversation about race comes about, people get super defensive because ‘oh it’s not me’ or ‘I don’t see color.’ Just listen, we’re not lying to you about this stuff. All this stuff really happens, this is our truth as a black person,” said Truax.

“Read,” added Smith, imploring people to examine the stories of racist killings like those of Emmett Till and James Byrd to better understand the black experience in America. “This is our country, this is a problem, and it needs to be addressed.”

“I think nationwide we need a restructuring of how policing is handled,” said Truax. “But in the immediate future, hopefully police change policies and stop killing black people. It’s as simple as that.”