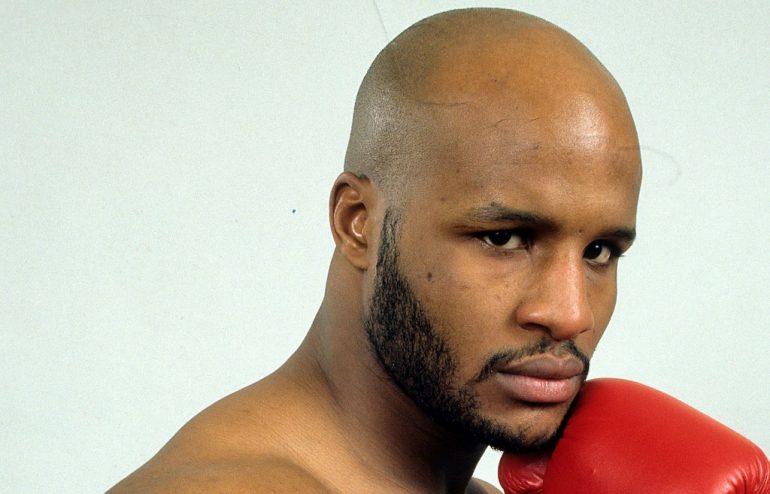 Photo from The Ring archive
03
May
by Anson Wainwright

Editor’s Note: This feature originally appeared in the May 2018 issue of The Ring Magazine.

Throughout the 1990s, Michael Moorer was thought of as one of the top heavyweights in the world. During this time, he had the rare distinction of holding the heavyweight title three times.

Moorer was born in Brooklyn but moved to Monessen, Pennsylvania, near Pittsburgh, when he was 5 years old. One of six children, he was introduced to boxing by his grandfather at the age of 10 and quickly found a passion for the sport.

Moorer represented America internationally as an amateur, posting a record of 48-16 before making the transition into the professional ranks in 1988, and within just nine months he had won the inaugural WBO light heavyweight title. Over a two-year period, he retained the title nine times, all by stoppage.

However, Moorer was struggling with making weight and made the decision to campaign at heavyweight.

After half a dozen fights, he met Bert Cooper for the vacant WBO belt. The pair exchanged knockdowns in a shootout before Moorer prevailed to become the first southpaw heavyweight titleholder, as well as one of only four men – alongside Bob Fitzsimmons, Michael Spinks and Roy Jones Jr. – to have won light heavyweight and heavyweight belts.

At that point, the WBO wasn’t as well known as the other titles, and Moorer vacated to go in search of more prestigious honors.

In the spring of 1994, Moorer recovered from a second-round trip to the canvas to win a majority decision against unified heavyweight champion Evander Holyfield. He had reached the pinnacle.

“That was the proudest (moment of my career) because so many more people saw that than when I fought Bert Cooper,” Moorer told The Ring. “There was so many people there. He was the lineal champion.”

In his first defense, Moorer built a sizeable lead and had the fight well in hand before he was stunningly stopped by George Foreman in the 10th round.

Several months later, however, he traveled to Germany to fight Axel Schulz for the vacant IBF title that Foreman had vacated. Moorer won a split decision to capture his third heavyweight belt.

After two defenses, he was stopped in a rematch against Holyfield and retired for three years. He eventually returned and fought until 2008 but was unable to win another title.

It was a successful career, but Moorer feels he’s the exception and that boxing should do a better job of taking care of its own through some sort of pension fund.

“Fighters are never taken care of; fighters are taken advantage of from the first fight,” he said passionately. “I don’t understand the game of boxing, how so much money is generated but so many boxers come up broke. Something has to change. I think the United States government needs to get a boxing diplomat and put the rules and regulations out for everybody. I would like to be that person.”

Moorer acknowledges he wasn’t the most approachable of people in the past but says he has mellowed with age. He hopes that his in-ring persona doesn’t detract from his achievements, and that one day he is able to make it into the International Boxing Hall of Fame.

“If someone in boxing doesn’t like you, that carries on,” he explained. “When I was a boxer, I was nasty, rude, ignorant and cocky and I had to be that way because back in those days, being a boxer you were the man. You were in the hurt business. Boxing is not for the kind-hearted, but boxing is for the badass. I don’t bite my tongue. And me not being fake, that’s the way I grew up – and I think that hurt me. Aren’t we supposed to give people second chances in life? So why hold a grudge when you give other people opportunities to make themselves better?” 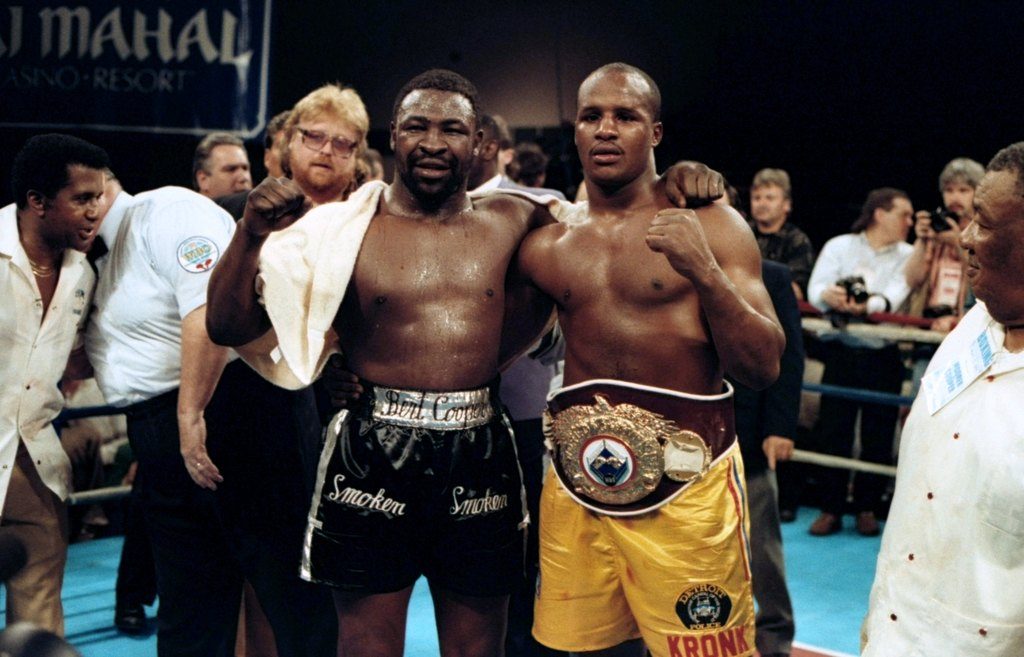 Moorer (right) and Bert Cooper served up a thriller. Photo from The Ring archive

Moorer, now 50, lives in Florida and enjoys family life with his four children. He has been a private investigator for over a decade but remains involved in boxing, working with several clients.

BEST JAB
Vassiliy Jirov: The reason for this is because of the European style that he had. He knew how to fight a southpaw – as he was a southpaw – so he was always ready with his jab for a right-hander or a left-hander.

BEST DEFENSE
George Foreman: George was hard to hit clean. He had those long, big arms. It was hard to get a real flush shot on him because his defense was pushing, extending his arms, and you had to get by that.

FASTEST HANDS
Bert Cooper: They would come into the fight thinking they had good handspeed, but fighting a southpaw you’re not going to be able to get the punches off like you normally can. I think I always had the advantage because I was quicker than they were. I would say, from who I faced … Bert Cooper. He had some fast hands.

FASTEST FEET
Leslie Stewart: He was a superb boxer and always presented problems for me. That was the first time I encountered a boxer. He moved well and he knew how to fight a southpaw.

BEST CHIN
Frans Botha: Foreman took a lot of good shots; I was like, “What the hell have I got to hit him with?” But it had to be Francois Botha. He was taking some really clean shots from me, which were not fazing him. It was like he was in a trance. Mills Lane finally thought it was enough and stopped the fight in the 12th round.

SMARTEST
Evander Holyfield: Oh, Evander. Every time he fought someone a second time, he was better, except maybe against Lennox Lewis. He was a student of the game and then he perfected it. I’ve always respected his smarts.

STRONGEST
Cooper: I was always strong, so I never felt anyone was stronger than I was. I’m thinking Bert Cooper because that was probably my first battle, and to do something like that … he was coming at me hard. I would say him. I knew after how to adapt or how to adjust. He was strong in that fight.

BEST PUNCHER
David Tua: There was a lot of big punchers. Francois Botha hit hard. Foreman hit hard – at that time he caught me with a good punch. Holyfield hit hard. Anyone, if they get hit the right way, will go. Tua knew how to deliver the power, being more flatfooted than being on his toes and being that he kept a fist. Most boxers keep their hands open, and he knew the way he came in – short, stocky – and he had a good chin, but he could do the hitting as well.

BOXING SKILLS
Holyfield: I would have to say Evander. Evander was always going to have the best skills over the majority of the boxers because of his pedigree. He knew how to box, he knew how to punch and he knew how to fight. I would say he was the best boxer because he adapted, he made the adjustments. He was a pro. He knew what to do and how to do it.

BEST OVERALL
Holyfield: I feel that Evander was the best that I faced, because he was always at his peak. When you are at your peak, you are always ready for everything and anything that is put before you. Evander always came ready. So I feel that he would have to be the best one that I fought, because he would always get himself in the best shape possible for any fight. He was always that guy. If he did not beat you the first time, he would beat you the second time.