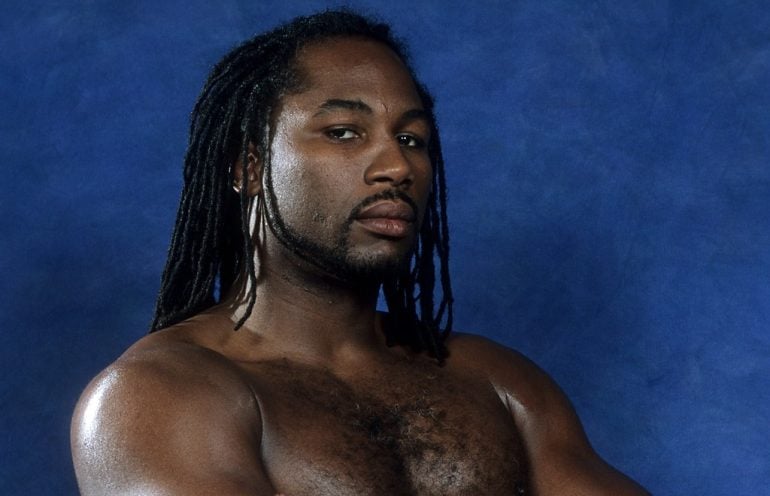 Photo from The RIng archive
28
Apr
by Tom Gray

Note: This feature originally appeared in the September 2015 issue of The Ring Magazine.

Lennox Lewis was only the third heavyweight champion to defeat every opponent he ever faced – including rematches against those who beat him – and the last man to be considered the undisputed king of the glamor division.

The 6-foot-5 colossus – and chess wizard – strategically decimated a heavyweight landscape populated by top opposition and, in a world of blood and guts, stood relatively unblemished on a throne that he always proclaimed was his destiny.

A brilliant amateur career culminated in a gold medal at the Seoul Olympics in 1988 and, despite representing his adopted country of Canada in the unpaid ranks, Lewis elected to turn professional in his native England in 1989.

The hard-hitting Londoner put together a string of eye-catching wins but the breakout moment was a spectacular second-round stoppage of Donovan “Razor” Ruddock in October 1992, which made Lewis the mandatory challenger for the WBC title.

Undisputed champion Riddick Bowe, who lost to Lewis in the Olympic super heavyweight final, was ordered to fulfill the mandatory defense but responded by distastefully dumping the belt in a trash can before a throng of assembled media.

Lewis was upgraded to WBC titleholder by default and he defended the belt three times, but his own luck was about to run out.

A shocking second-round loss to Oliver McCall in September 1994 was a major setback but it did result in the crucial intervention of Emanuel Steward. The legendary Detroit coach, who had orchestrated Lewis’ downfall in McCall’s corner, was keen to work with the Englishman and iron out basic flaws. Lewis became almost unbeatable under Steward’s guidance. His balance improved, his combinations were crisper and an omnipresent left jab altered the features of contender after contender.

Lewis reclaimed the WBC title with a revenge win over McCall in 1997 and unified the crown in his second fight against Evander Holyfield nearly three years later. Their first bout was declared a draw, although the consensus was that Lewis had won with room to spare.

In November 2001, Lewis began his third world-title reign when he avenged a fifth-round knockout defeat to Hasim Rahman by poleaxing the American with a right in the fourth. He was now at his peak and closed out a glorious career with lucrative victories over Mike Tyson and Vitali Klitschko. 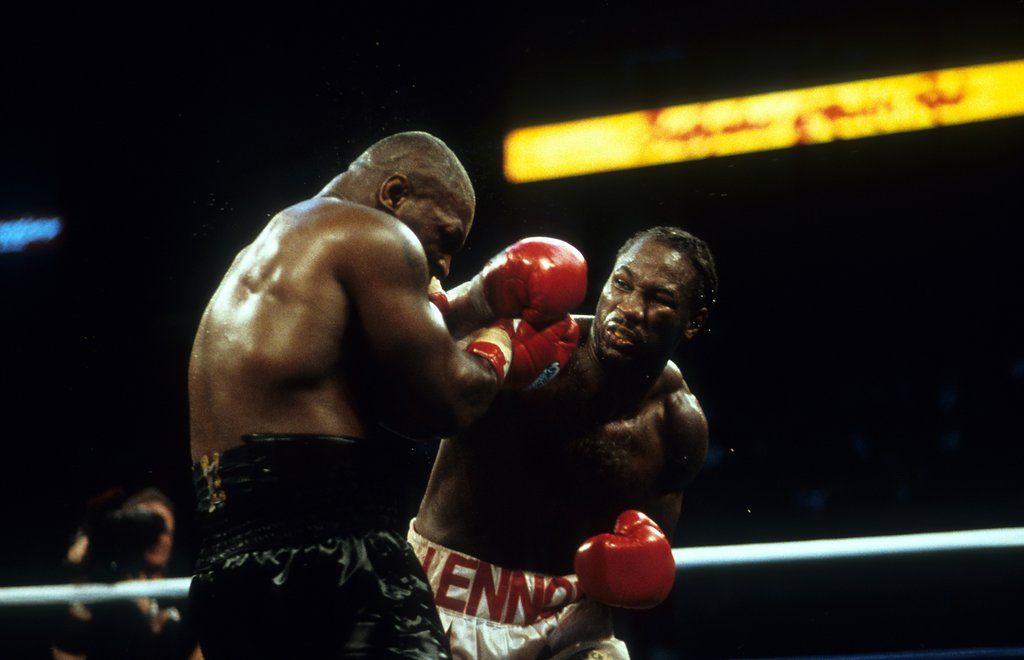 Since his retirement, in 2004, the great ex-champion has focused much of his attention on family. He has four children with his wife, Violet. The business side of boxing, which Lewis often referred to as “politricks,” never appealed to him and he is staying clear.

“I promote youth but keep away from the cloak-and-dagger stuff which exists in the pro game,” said Lewis, who endured highly publicized legal disputes with promoters Don King and Panos Eliades.

“I spend a lot of my time in Jamaica doing charity work and I also like helping the kids when it comes to boxing.”

A profoundly content Lewis agreed to speak to The Ring about the best fighters he faced in 10 key categories.

BEST SKILLS
Evander Holyfield: Evander was very talented, although I was disappointed that he used his head as a punch in those fights. The word was that he was the greatest heavyweight of our era but nobody could say that until he fought Lennox Lewis. In the first fight he was overconfident, singing during his ring walk, so I went after him and he was shocked to get that draw. Second time around he knew what to expect so it was a tougher fight but I still won comfortably.

BEST JAB
Razor Ruddock: Ruddock had a good jab before he hit the canvas.

BEST DEFENSE
Holyfield: Holyfield had excellent variety to his defense. He could cross his arms like George Foreman but he was also well schooled in the traditional type of defense you get taught in the amateurs. Evander presented a real challenge and I had to put in a lot of effort to break through. I couldn’t just land one or two shots and be content; it had to be threes, fours and fives.

BEST CHIN
Oliver McCall: There is no doubt. He was Mike Tyson’s sparring partner for years and had ‘cracking’ reflexes.

BEST PUNCHER
Shannon Briggs: He lacked endurance but Briggs certainly knew how to put his bodyweight behind a punch. Unfortunately for him you need the full package when you face me so power isn’t enough. Fans may expect me to say McCall or Hasim Rahman for punching power but I basically set myself up against both of them.

FASTEST HANDS
Briggs: I was surprised by Briggs’ handspeed. He was able to close the gap very quickly and that allowed him to get off the big punches. Sometimes you don’t realize how quick someone is until you’re in there.

FASTEST FEET
Zeljko Mavrovic: I had to break him down by cutting off the ring. Mavrovic moved well but he was in survival mode from the moment the fight started.

SMARTEST
Vitali Klitschko: Vitali used his awkwardness to good effect. Everyone said that I should have fought him again but he was just icing on my retirement cake. I took him on at short notice and despite being mentally ready, my physical preparation wasn’t ideal. I beat him at my worst so there was no need for a rematch. He definitely experienced the uppercuts.

STRONGEST
Hasim Rahman: Rahman was very strong in the first fight and then he landed a lucky punch. People say that there’s no such thing as a lucky punch but it’s a punch thrown ‘one time.’ In the rematch he couldn’t get near me so I don’t know how strong he was that night.

BEST OVERALL
Holyfield: Holyfield was the best opponent I faced in my career.