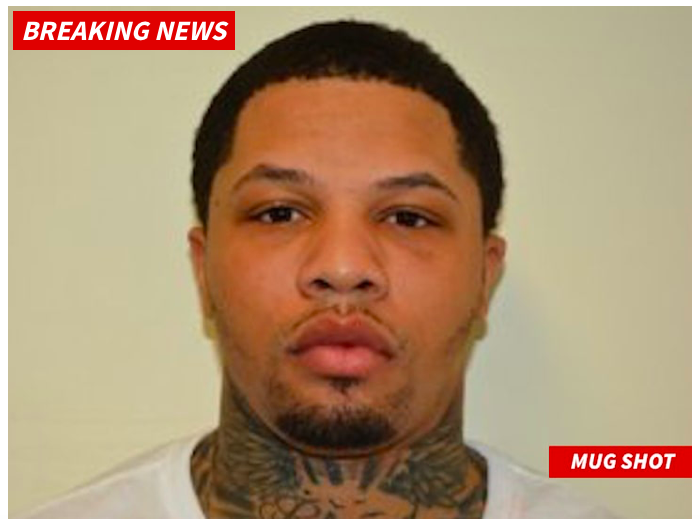 Gervonta Davis drew buzz over Super Bowl weekend, but by no means was it the right kind of attention.

The WBA world lightweight strap-holder, who holds a 23-0 record, with 22 KOs, hit Miami, for some fun and frolic and exulted in the Super Bowl atmosphere. But the 25 year old Baltimore native’s trek went off the rails; at a celeb/charity basketball game on Saturday afternoon, Davis was recorded by a fan cam acting in what looked to be an inappropriately aggressive fashion with a woman referred to as the mother of his baby daughter, Instagram personality Andretta “Dretta Star” Smothers. 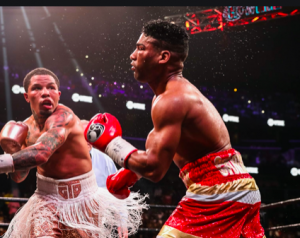 Davis had to weigh in again to make weight versus Gamboa and looked sub stellar in some rounds, but got the win on Dec. 28.

The 14 second clip, which went viral when it popped up on Saturday, was watched, shared and dissected by boxing fans, sports fans and gawkers, with 7.3 million views, and counting, as of Tuesday evening.  They saw Davis, age 25, stand over the 29 year old Smothers, and pull her, by her lapel, toward him and he then usher her toward an exit.

The vibe court-side was more than tense and the reaction, on social media, was swift and severe. There was no cause for that, no possible reason for Davis to act in that fashion to the woman who birthed his daughter, was the most common refrain.

No concrete word on what was the cause of that interaction between the couple, who had been battling over terms of their split months ago. The rumor mill whispered that romantic matters, and hookups that one or the other took issue with, set the table for that ugly public scene.

Davis stayed mum, basically, save for a clumsy Instagram post (see below), which had him defending himself by saying at least he didn’t hit her.

Team Davis hoped that he could lay low, and TMZ nation would move on to other missteps, muckups and scandals, but no such luck. On Tuesday, word dropped that the fighter on Tuesday was arrested, by police Coral Gables, Florida, in relation to the Feb. 1 incident.

In a release, the Coral Gables PD said that, “As a result of an ongoing investigation after being notified through social media and the victim, on Feb. 1 2020, [Davis] was observed battering his former girlfriend whom [sic] have child together. (Davis) surrendered himself, to the Coral Gables Police detectives assigned to the case.”

RING called Coral Gables PD media relations, to get insight into the occurrence and will insert a response when furnished.

“I never once hit her … yeah I was aggressive and told her come on,” Davis had protested, on a since scrubbed Instagram account after the news spread like a bad virus. 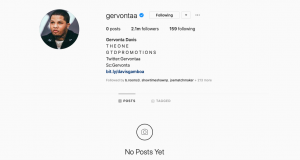 “That’s the mother of my child. I would never hurt her.”

Last month, Davis agreed to provide Andretta $10,000 a month in support of Gervanni, born in April 2019.

The talented hitter has been keeping authorities busy–he was arrested for assault back in 2017 after allegedly punching a friend in August of that year. The charge for the fracas that went down in Baltimore was later dropped. This run in with the law came after Davis, under the banner of Mayweather Promotions, came in over weight for his bout on the Floyd Mayweather v Conor McGregor undercard, and lost a crown with the scale fail.

His backers had hoped he’d gain heavy buzz with a showy act of destruction prior to Floyd’s in ring mastery, but instead people questioned his dedication.

More jackpot action in September 2018–the fighting pride of Baltimore got into it with a guy outside a bar, in DC, and both dudes were arrested and hit with a disorderly conduct charge.

No fresh start in 2019; Davis got into an altercation in February 2019 at a mall in Virginia and was charged with battery. TMZ said he maybe got a bit physical with a cop, but whatever the deal was, Davis didn’t face any charge for bodying a cop.

The Boom Cups Big Game Weekend EeeZeeStevie All-Star Celebrity Basketball Game at University of Miami’s Watsco Center on Dauer Drive in Miami was to feature players Floyd Mayweather, Tory Lanez and Lost Kings. It ended up featuring an ugly scene, with the repercussions still rippling for the young ring king Davis, who seems to be grappling inexpertly with newly found fortune and fame.

—Michael Woods is a Brooklyn, NY resident. Woods worked at NY Newsday, ESPN The Magazine and now calls fights on the Facebook Fightnight Live series. Also, he is a podcaster–here is a link to the Everlast “Talkbox” pod, which started in June 2016.