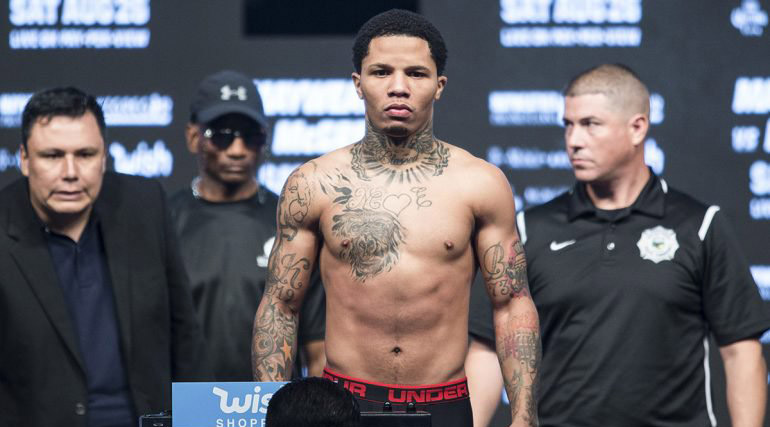 The future of Mayweather Promotions may be in the right hands, but perhaps this wasn’t the best night of Gervonta Davis’ young career.

Davis, who was stripped of his IBF junior lightweight title after missing weight, scored a controversial eighth-round knockout of Francisco Fonseca on the Floyd Mayweather Jr.-Conor McGregor card. It wasn’t the breakout performance that many expected but he got the job done.

There were rumors that Davis (19-0, 18 knockouts) was ill heading into the fight and it seemed to play a role in his strategy, as he sought to finish the previously unbeaten Fonseca early. But Fonseca wasn’t here to roll over.

From the outset, Davis loaded up with hooks and uppercuts in an effort to score a highlight-reel knockout. However, Fonseca (19-1-1, 13 KOs) weathered the storm and fought valiantly. As the rounds progressed, Fonseca may have been overmatched but he was more than willing to return fire with the product from Baltimore.

In the fourth round, Davis toyed with Fonseca by putting his hands behind his back. But Fonseca was unfazed by the gamesmanship and continued to fight back. A hard right hand briefly stunned Davis and sent him into the ropes. But Davis was simply the better fighter even on an off night as he continued to pound away at his opponent.

An eighth-round barrage appeared to put Fonseca in a little bit of trouble as the fighter known as “Tank” smelled blood in the water. A right hook to the body and a combination moved Fonseca around the ring but he appeared to still have his wits. However, that all changed when a left hand from Davis bounced off the Costa Rica fighter’s shoulder and careened off the back of his head. Fonseca immediately wrapped his hands around Davis’waist and was eventually pushed down to the canvas.

Referee Russell Mora didn’t hesitate to administer the count and reached 10 at the 39-second mark to give Davis a knockout, albeit a controversial one.

Upon showing the replay, the crowd at the T-Mobile Arena erupted with jeers. It didn’t help matters that Davis mocked his fallen opponent.

Regardless, Davis remained unbeaten and issued a challenge to all of the 130- and 135-pounders that he’s coming. And judging by the crowd’s reaction, they will certainly be paying attention.