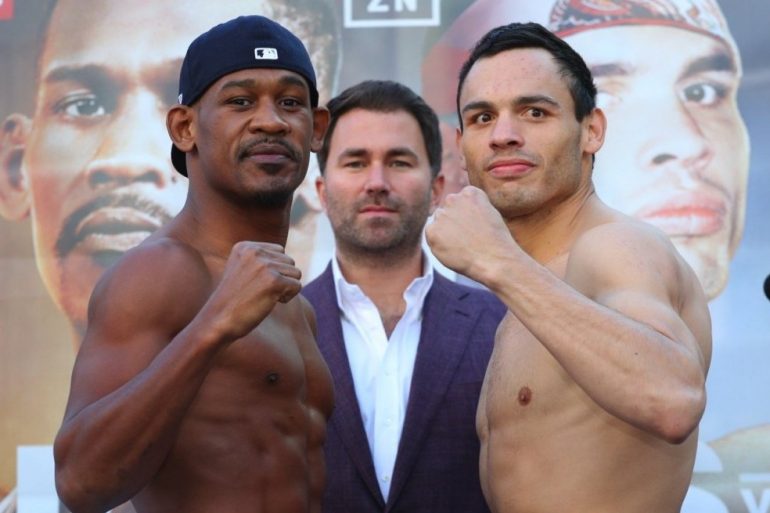 It didn’t come as a major surprise when Julio Cesar Chavez Jr. failed to make the contracted weight, but we still have a fight.

Jacobs did have the option of fighting replacement opponent Gabriel Rosado, who would have been freed up from an undercard bout in the event that Chavez was pulled from the show. However, Jacobs agreed to face Chavez providing he paid a financial penalty – reported to be $1 million.

This is not the first weigh-in controversy that Chavez has been involved in. Days prior to his September 2013 bout against Brian Vera, the contract limit for that bout was changed from 162 pounds to 173 at Chavez’s request.

Chavez (51-3-1, 33 KOs) returned from a two-year hiatus in August, knocking out Evert Bravo in the opening round. In his previous fight in May 2017, Chavez lost to Canelo Alvarez by unanimous decision at a catchweight of 164 pounds.

In the co-feature, the vacant WBC flyweight title will be on the line between Julio Cesar Martinez (14-1-1, 11 KOs) of Mexico City and Nicaragua’s Cristofer Rosales (29-4, 20 KOs).

Martinez weighed in at the limit of 112 pounds, while Rosales weighed 111.3 pounds.