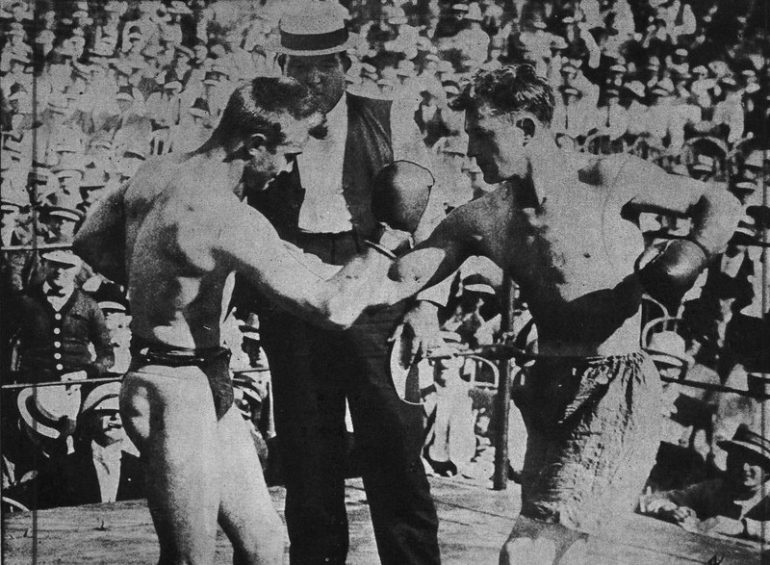 Stanley Ketchel (right) and Billy Papke during the fight at Jeffries' Arena, on September 7, 1908 in Vernon, California. Papke won the world middleweight title by TKO 12. Photo from The Ring archive
08
Sep
by The Ring 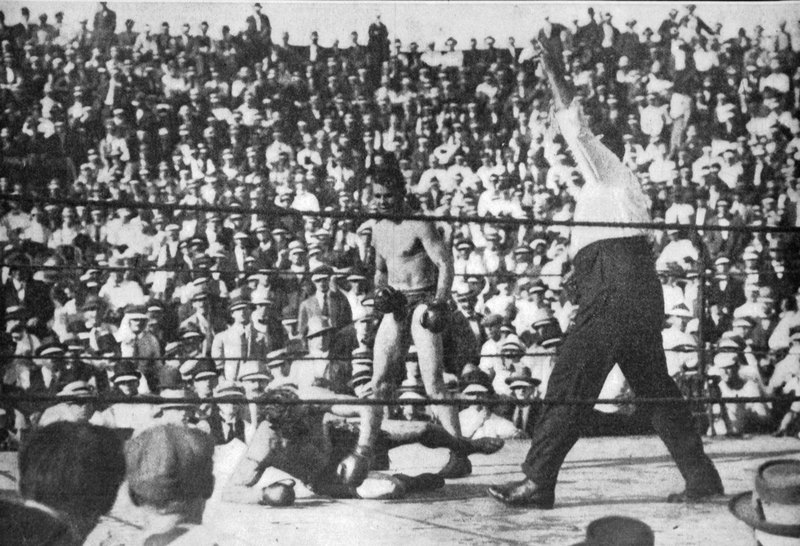 Ketchel is floored by Papke, who dominated their second fight en route to a 12th-round stoppage. Ketchel won fights one, three and four. Photo from The Ring Archive 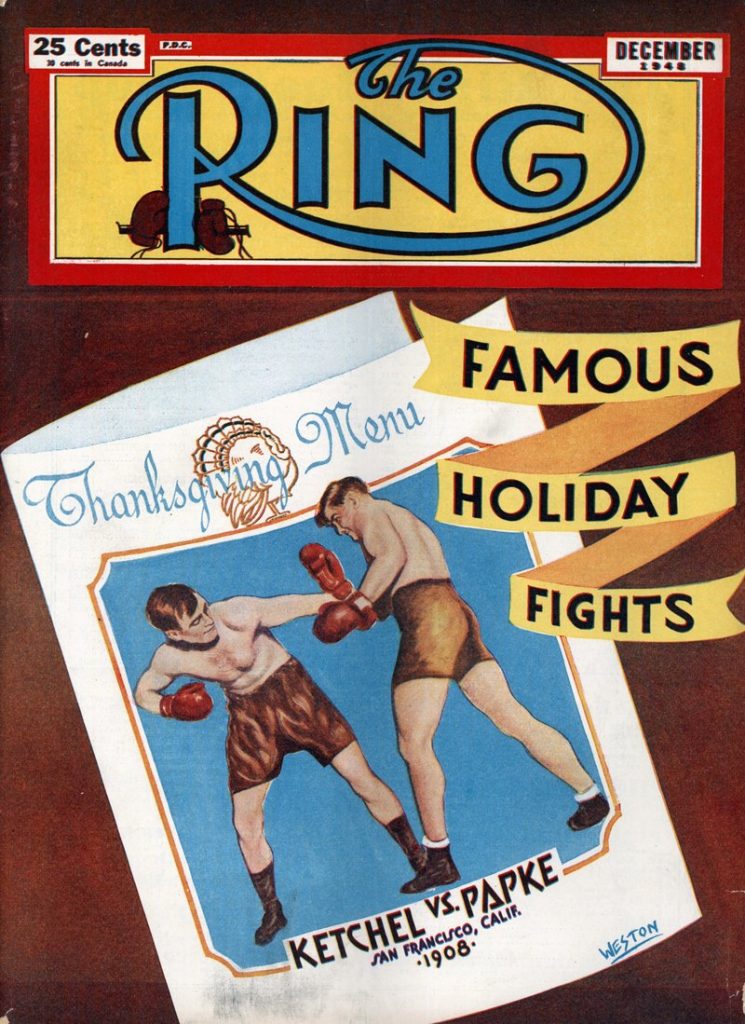 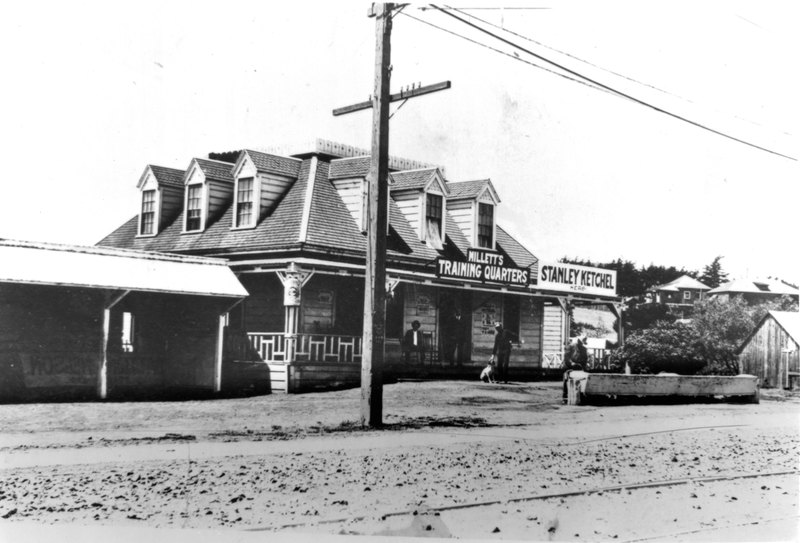 Training quarters for Stanley Ketchel. Photo from The Ring archive